The mayor of Aberdeen said the town rink had to diversify — so she laced up her roller skates. 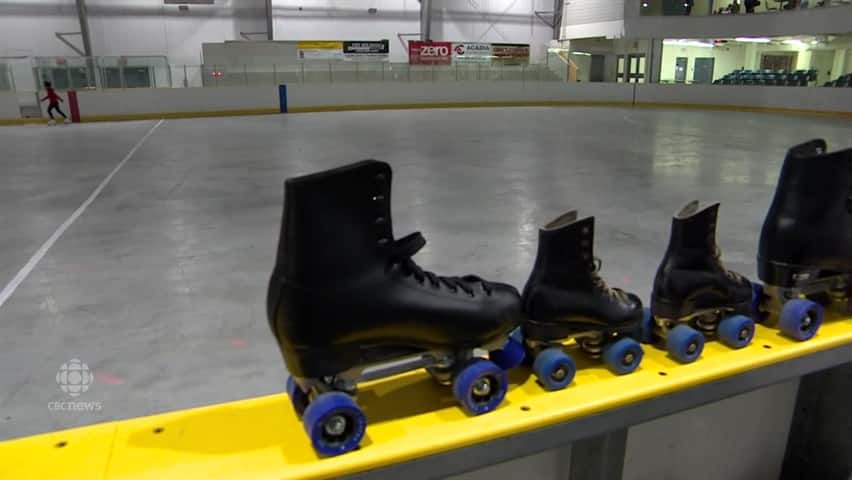 Arena in Aberdeen, Sask., takes out ice to make way for roller skating

2 years agoVideo
2:04
The arena in Aberdeen, Sask., has taken out its ice for the first time since it was built to make way for the town's newest attraction: roller skating. The grand opening is April 26. 2:04

A small Saskatchewan community is hoping to have people return to the rink and lace up under the disco lights.

Starting in May, Aberdeen, Sask., is hosting roller skating at the recreation and events centre.

"We have a great space here," Mayor Renee Horner said. "And [we can] do something that hasn't been done in 30 years."

The complex had to diversify, said Horner, who is also the volunteer general manager of the rink. 2019 marks the first year in 15 that the town took the ice out of the complex. Horner said it takes her back to her teenage years.

"I have teenagers now and it was a ton of fun back then," she said. "I spoke to my teenagers and I said 'What do you think?' and they thought it was a cool idea."

Horner hadn't been in skates for decades. She started by lacing up for five minutes a day to test her balance.

The grand opening is April 26. The town is going to have three different skating times on Fridays and Saturdays. Three p.m. to 5 p.m. and 6 p.m. to 8 p.m. will be family skating times, while 9 p.m. to 12 p.m. is teenagers and adults only. The drop-in fee is $5 to skate and there are some adult skates for rent, but not many right now, she said.

We're getting calls from people in different towns, different cities and wanting to know what our schedule is.- Renee Horner

The response to the idea of roller skating has been bigger than expected, Horner said.

"We thought that we would, you know, throw it out so our community could have fun and use this facility," she said. "We're getting calls from people in different towns, different cities and wanting to know what our schedule is, when we'll be open."

People have called about team building exercises and birthday parties as well, she said. They're also planning theme nights such as disco night, '80s night and a short shorts night.

"It's great. Aberdeen is a great community," Horner said. "We can laugh at ourselves here."

"When you come up with an idea you just, you know, invite your friends. Say 'let's try it,'" she said. "We love to have fun in this town and we're going to continue to do so."

Along with the residents, the businesses in the community have responded positively, she said. There are eight sponsors for the dressing rooms and each sponsor has a different colour of dressing room with their logos on the door.

Horner said she thinks there will be lots of roller skating in Aberdeen this year and maybe more next year.

"It's a different activity that people can't do on gravel roads," she said. "And it's really not available anywhere else right now."

"I think doing it this way, we'll see lots of traffic through our town which people will see what a great, great place this is to come and visit."

Aberdeen is located about 30 kilometres northeast of Saskatoon.

With files from Bridget Yard and Saskatoon Morning