Dianne Young wanted to celebrate her 60th year in style, but couldn't decide on what to do. Now she's written a book on the experience.

Dianne Young wanted to mark the occasion in style, but couldn't decide what to do

A Saskatchewan woman is living by by the mantra, "You never know until you try."

Dianne Young decided to celebrate her 60th birthday by doing 60 things she had never tried before in one year — from skydiving to attending a nudist camp.

Young lives in Martensville, Sask. She turned 60 in 2019 and wanted to mark it by doing something special.

"When I was a kid, 60 seemed really old, like ancient," she said with a laugh. "But then when I found myself turning 60 … I don't feel that old and I didn't know how to celebrate."

Young thought about a hot air balloon ride or a cruise, but couldn't decide which.

"All of a sudden I thought well, 'Why not do 60 things?'" she told Saskatoon Morning. "That's only five things a month. I could handle that."

One year later, Young has written a book about her experience and hopes to inspire others to jump at opportunities.

Young said she's learned it's important to not plan things to death and to seize opportunities, as you never know if they will come again.

"You get to a certain age, you think 'Oh yeah, I've done you know most everything,'" she said. "But when you start making a list of things you haven't done, there's a lot of things."

There were some definite highlights and some low moments. One of the scariest experiences was the tandem parachute jump, she said.

"I have never been so scared in all of my life," she said. "As soon as that door opened, which is like inches from my leg, my adrenaline level went through the roof. All I could think was, 'What am I doing?'"

Young said she swung her legs to the side out of the plane but gripped the doorframe with her right hand and couldn't let it go.

"My thinking brain was saying 'Okay, Dianne you have to let go of the doorframe.' But my survival brain was screaming 'Don't you dare let go,'" she said. "So then finally [I thought], 'OK Oh yeah I got to do this. So I'm crossing my arms and as soon as I started crossing my arms we were gone." 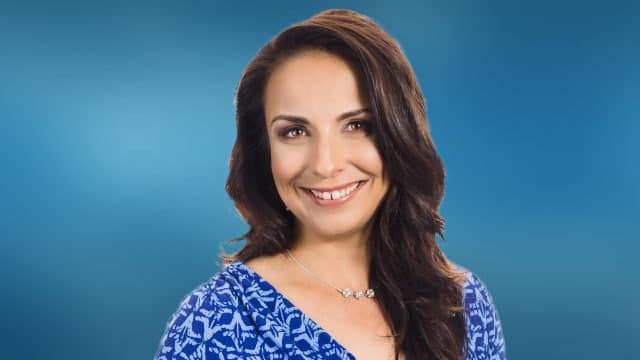 Saskatoon Morning9:05Dianne Young spent her 60th year doing 60 things she'd never done before. Big, adventurous things.
You could call it the ultimate bucket list. Martensville author Dianne Young decided to try 60 things she'd never done before to mark her 60th birthday. She tells host Leisha Grebinski about about her adventures that included shaving her head and jumping out a plane. 9:05

Young said the most surprising experience was at the nudist camp. She said she used to joke about wanting to live in a nudist camp back when she was a mother of young boys and had to do a ton of laundry. Then while making her list, she found one in Saskatchewan.

"I really didn't know how I would feel about that. I'm not a real brave person or much of a exibitionist," she said. "But actually it was wonderful."

Young said some of the experiences have definitely changed her.

She isn't done with trying new experiences yet. Young said she would still like to try a tap dancing class and ride on a dog sled — along with 41 other items she has on a bigger list.

She has a message for anyone looking to try something new.

"If opportunity knocks, throw on a robe and answer the door because it could be fun."