Davy Whippet is the first dog to catch a frisbee from more than 400 feet. 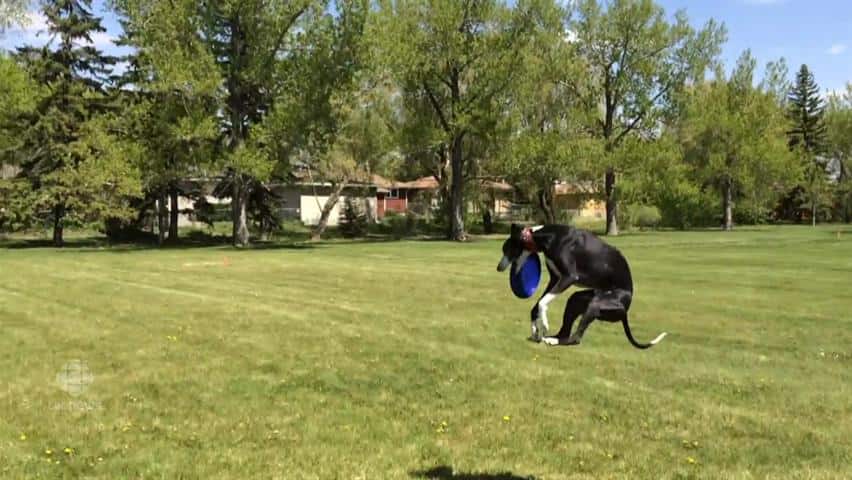 5 years ago
1:42
Davy Whippet is the first dog to catch a frisbee from more than 400 feet. Watch his world record skills in Regina. 1:42

While some of those records are for flinging a disc the length of two and a half football fields, his best friend Davy Whippet takes half the credit for two of those records.

McLeod has only had his furry friend for four years, but it was an instantaneous partnership.

"He likes to run fast. I like to throw far. We both like to sleep and chase frisbees," said McLeod, laughing.

McLeod is a passionate advocate for disc sports. His dream is to have it become as popular among kids as soccer.

"Some of the frisbees I have are $1.50," he said. "It's a piece of plastic but you can throw it 100 yards. I can throw to a dog, to a friend, into a basket. I don't have to have all this gear like hockey, or a beautiful basketball court."

McLeod often works with schools, introducing students to the joy of throwing a frisbee and spreading his message of following your dreams. No matter how unlikely they may seem.

McLeod said breaking several Guinness World Records hasn't made him rich and famous, but it has made him happy.

"Once you start achieving in a sport you start saying, 'What can I go after?' It's about setting goals. It's about all the hard work paying off."

McLeod is leading a disc golf workshop on Sunday afternoon at the new disc golf course in Regina's Douglas Park.