The B.C. Supreme Court has ruled provincial legislation restricting B.C. teachers from negotiating class size and composition was an unconstitutional infringement on the teachers' right to freedom of association. 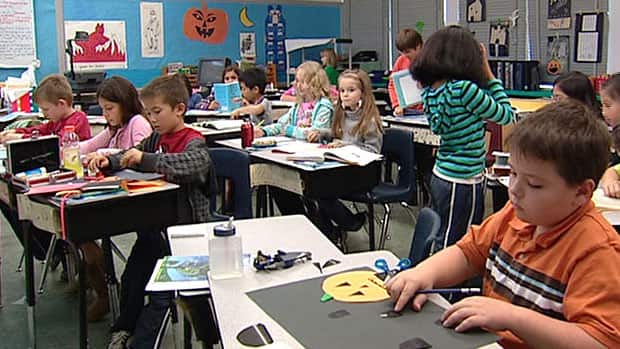 10 years ago
1:48
Despite the recent ruling, it is not clear when, or if, the number of students in B.C. classes will change, the CBC's Kirk Williams reports 1:48

The B.C. Supreme Court has ruled provincial legislation that restricted B.C. teachers rights to negotiate class sizes and composition was an unconstitutional infringement on their freedom of association.

"This infringement was not a reasonable limit demonstrably justified in a free and democratic society under s. 1 of the Charter," wrote Justice Susan Griffin in her ruling, which was issued on Wednesday.

Griffin gave the government 12 months to address the issue before the 2001 legislation would actually become invalid.

The decision comes as the B.C. Teachers Federation prepares to negotiate its next contract with the government of new Premier Christy Clark.

"And we've lived with the consequences of this bill for the last nine years."

Austin says the government should implement the ruling immediately.

The legislation made public education an essential service and limited the level of job action teachers could take, including the right to negotiate class sizes and composition.

The B.C. teachers' contract, which expires on June 30, is the first major public sector bargaining to be undertaken by under Clark, whose tenure as Liberal education minister almost a decade ago saw tense relations with the teachers' union.

In 2005, the B.C. Teachers Federation was fined $500,000  for staging an illegal job action over the issue of class sizes and support for special-needs students.

"It's a tremendous victory for teachers and for students and for parents," BCTF president said after the court ruling Wednesday.

But it is not only the B.C. Liberals who have had acrimonious relations with the BCTF. New Democrat and Social Credit governments also resorted to legislation to end disputes in past decades.