Renovating apartments and then jacking up the rent is "a way of making outrageous profits in a very short time," a housing advocate says.

'It's a way of making outrageous profits in a very short time,' housing advocate says

It was a knock at the door that ignited the battle.

As Yanick Marion hustled early one morning to get to work, the manager of his apartment building had a message: "You have to leave. You don't have a choice," he recalls.

The manager, Marion says, was insistent that electrical upgrades were needed in the aging 36-unit complex in Montreal.

"It's dangerous for your life, and the bank wants you to leave," Marion says he was told.

Other tenants received the same message — and many left, watching as their former apartments were given a fresh coat of paint, new windows and appliances, and the rent went up as new tenants came in.

In 2018, there were 37,000 new apartments built nationwide, but demand increased by 50,000 units, according to tracking done by the Canada Mortgage and Housing Corporation.

The smallest provincial capital, Charlottetown, has one of the lowest rental vacancy rates in the country. It hovers just above zero per cent, and new Kijiji rental listings last just minutes before apartments are snapped up.

In Montreal, housing advocate Martin Blanchard says it's a scenario that has happened before — every time vacancy rates drop toward zero, new owners snap up rental stock, renovate the units and increase the rent.

"We used to get 50 to 100 calls per year," from people complaining about being forced out of their apartments by landlords, says Blanchard, a community organizer with Comité logement de la Petite Patrie, a housing advocacy group. "Now we get many hundreds every year. It's a crisis."

Blanchard points largely to foreign firms, which are buying up older apartment complexes in Canada's big cities and attempting to jettison existing tenants so the rent can be jacked up beyond limits set by provincial governments.

"It's a way of making outrageous profits in a very short time. So they've got a little money put down, you can make a lot of profit, but it involves putting people on the street."

Many renters don't know the rules

Legislation protecting renters varies from province to province, but often a tenant cannot be evicted simply because a landlord wants to renovate. Renters should be able to remain at an apartment under existing rules.

If construction is so significant that a tenant must temporarily move out, the landlord is often required to allow them to return to the unit — at the same price.

"These kinds of evictions deserve special scrutiny about whether the applications are being brought in good faith." 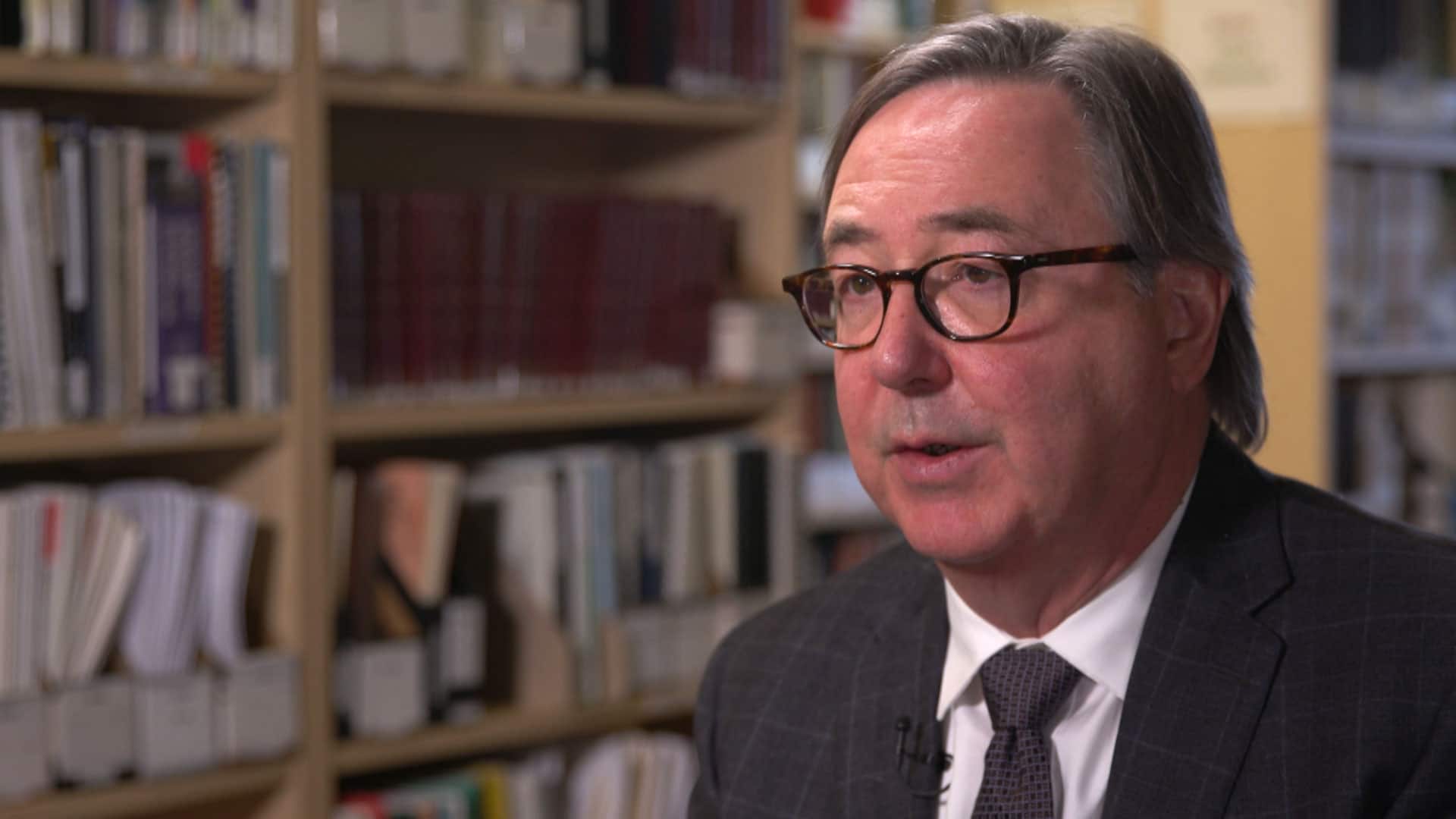 Tenants Ontario urges renters facing these circumstances not to agree to anything and to contact them, though acknowledge they are inundated with calls now as they seek to bring cases forward to the provincial tribunal, the Landlord and Tenant Board.

Many of the cases that come across his desk involve low-level renovations that, he believes, are largely an excuse to get renters out in favour of those who will pay more.

The group has tracked a nearly four-fold increase in renovictions over the past couple of years, with cases reported to the centre soaring from 18 in 2015 to 71 in the 2018-19 fiscal year. It says the actual number is likely much higher, since the advocacy centre can only rely on what is reported to its office.

"They should take away the economic incentive to evict people. And that would be by putting restrictions on the amount of rent increase that can happen in between tenants," says Hale. "Because right now it's unlimited. And we just see it as an opportunity for landlords to rent-gouge, and that shouldn't be allowed."

Toronto city Coun. Paula Fletcher says she wants the provincial government to require that a building permit is obtained before a renoviction, and have building inspectors ensure that the renovation/demolition is so substantial that it is indeed imperative the tenant move out.

"I think the Ontario government needs to change the bar for the Landlord Tenant Board," she says. 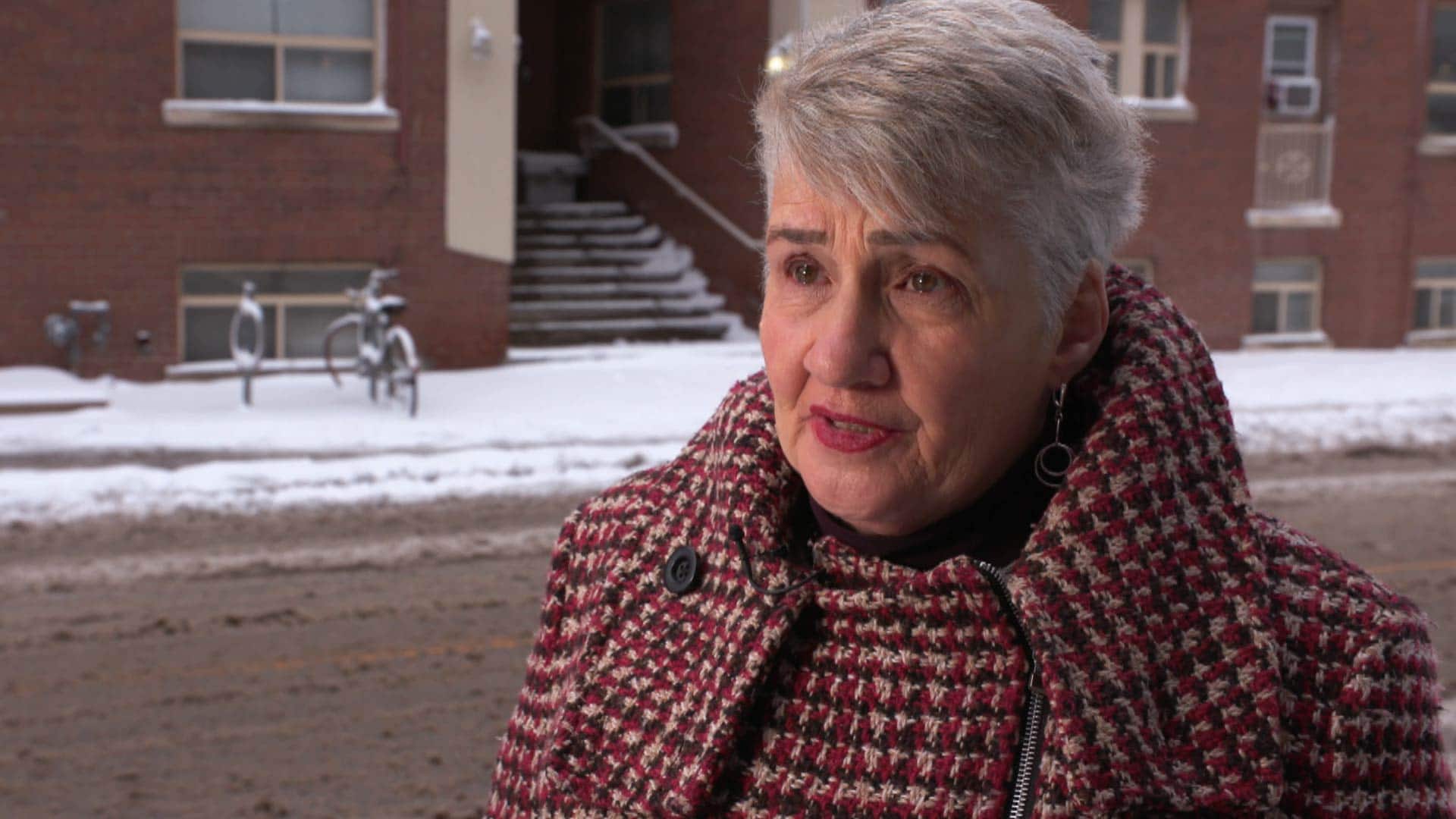 Seeking certainty, many move out

Marion is still holding on to his basement unit in Montreal, though two-thirds of the other apartments have been vacated, including that of his former neighbour Radina Papukchieva.

"It was eight months of pressure, and it just became like a psychological stress," Papukchieva says.

"We had mice. Garbage wasn't getting picked up. They were doing everything to make us feel uncomfortable and unwanted in our own place."

But Papukchieva and Marion's former landlord disputes that. Abraham Kellner, the manager of the building, says plumbing fixes alone cost $100,000.

"I can tell you that we did plumbing, electricity, kitchens, toilets, windows, floors," he says. "I mean, it wasn't minor at all."

The company that bought the apartment tried to do the best for all parties and did everything in good faith, Kellner says.

Kellner wouldn't say how much rent new tenants coming in after the renovations are being charged, but denied it had doubled.

"It depends on the apartment, but after it's renovated ... it's normal that it's going to be more," he says. "But I wouldn't say double, and in some cases — it's hard to say, it's a lot of apartments."

Papukchieva said she, too, is paying more because of the move, going from a monthly cost of $725 to $1,000 just to stay in an increasingly pricey neighbourhood.

"They want to simply do cosmetic changes to the apartments, make them look super nice, keep it like that — they're not doing anything to the exterior of the building," Papukchieva says.

Price paid is more than financial

Some tenants pre-empt renovictions by offering to pay more to stay. But others aren't given the choice.

In Toronto, Ivan Wadgymar resisted an eviction notice — but lost in a tribunal because the new owners converted the building from residential to commercial. It was at the hearings, seeing other tenants in the same position, that he says he realized the impact the rapidly growing number of renovictions is having on the fabric of his city.

"It took me going to those meetings and seeing people cry who are getting evicted as well to make me understand what a home is … how important it is to feel that you have a home. And then get kicked out of it."

The owner of the company that bought his building says they "approach all projects with the rights and respect of the tenants and the law in mind."

"We care about our community and we are dedicated to working with our city throughout the process," says Basem Hanna.

But Wadgymar feels the neighborhood is changing and is increasingly unaffordable.

He now helps others fight against renovictions, though he's doing so from a bedroom in his mother's house, because the small-business operator is no longer able to afford rent in the area he called home for three years.

"I've been pretty depressed since this happened," Wadgymar says. "I haven't even unpacked my stuff … I'm still absorbing this."

The building where he used to live is now fenced off, with construction supplies visible through the windows. His name has been removed from the buzzer on the door.

With its proximity to the downtown core, Toronto's Leslieville neighbourhood has become increasingly desirable. Many of its low-rise apartment buildings are more than 50 years old and are being scooped up by companies with a track record for renovictions, according to Fletcher, the city councillor for the area.

"I always say we cannot build affordable housing as fast as tenants in these types of rental situations are being evicted," she says.

When some tenants in Fletcher's ward got notices to leave recently, she joined them in a protest outside the building. She also wants the Landlord and Tenant Board to demand proof that planned renovations are so extensive, that there is no other option but for a tenant to move out.

"There's only a few companies that come in and do this, but they seem to have a plan. Get in. Get the building. Give the notices. Renovate. Triple the existing rent," she says. "It's a pattern."