'We didn't sleep for 3 days': How a network of women watched over Rahaf Mohammed's escape to the West

When Rahaf Mohammed made her risky escape from Saudi Arabia in January, a network of young women were advising her and others in the same way they’ve helped each other flee repression at home.

With nowhere else to turn, women look to each other to flee repression

Rahaf Mohammed's decision to show her face to the world for the first time on Twitter was risky and by many accounts courageous, and one that she did not make entirely alone.

Many people lent their help by amplifying her voice online. But in the background, a network of young women, most of whom the Saudi teen has never met, was also quietly advising her as she attempted to escape in January and claim asylum in the West — including when she ran into trouble at the Bangkok airport.

The online network exists only as a private chat group, but the very real women involved have watched over nearly two dozen heart-stopping escapes by Gulf Arab women to the West. Many of them had already claimed asylum abroad when Mohammed began her escape while on a family vacation in Kuwait.

Among those women is J, 20, who arrived in Europe after an escape she found terrifying from Saudi Arabia just a few weeks before Mohammed landed in Canada. Names and locations of J and others have been withheld for safety reasons.

Along with others, J advised Mohammed to take yet another risk.

Mohammed took the advice, and her video spread globally, partly with the help of that group of women working social media to get the attention of human rights groups and media. Her immediate ordeal ended with her arrival in Canada.

But Mohammed's was just one of the most protracted and public of these journeys. Among the network of women who supported her, each one who defected has had her own trying experience of escape: forced to secretly secure travel documents, evade family, get past authorities — all without being detected — and all in countries where family honour revolves around the behaviour of its women.

Worlds away, members of that hidden, tightly knit network were there for each other as crucial advisers and a support group all in one: women helping each other help themselves.

It's an invitation-only web of like-minded women concerned about women's rights, woven together by social media and social circumstances, and for many of them, a desire to defect. It came together within a larger online community formed to support those fleeing repression in the region.

"No one sleeps," when someone in the group is on the move, said R, also 20, who said she fled abuse in the United Arab Emirates and claimed asylum in a European country last September. She said she also feared for her safety since her decision to leave Islam in early 2017.

When Mohammed left from Kuwait during a family vacation, said R, "we didn't sleep for three days."

Members of the group come mostly from Saudi Arabia and the United Arab Emirates, and despite the significant strides women have made in those countries, they have similar stories of living under repression: laws that put many of their decisions in the hands of male guardians, abusive homes, conservative families or all of that put together. 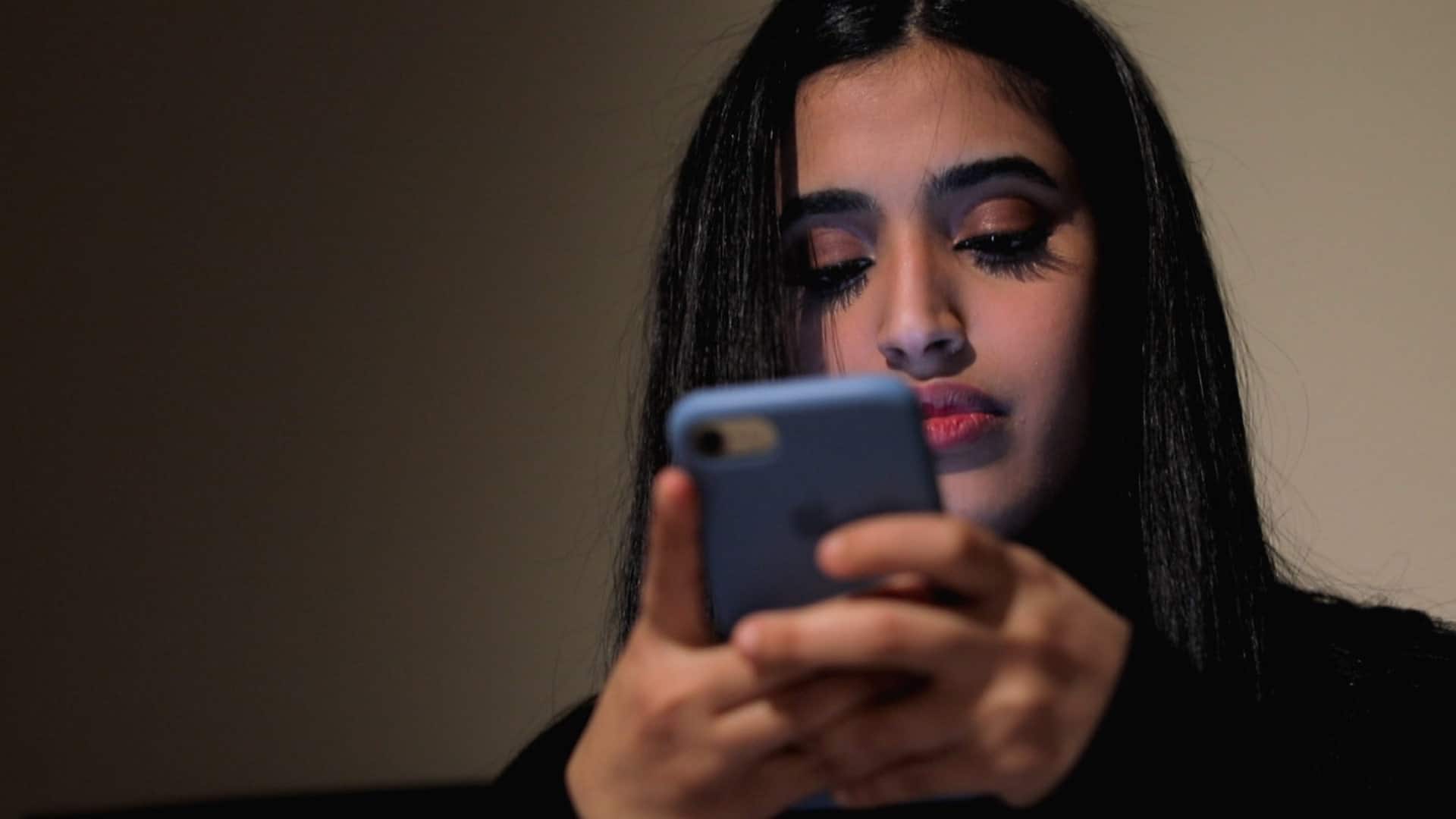 Both countries have been cited regularly by international rights groups for the repression of women.

"I just didn't belong to myself."

Some in the network describe themselves as activists, and many as ex-Muslim. All are chafing under the restrictions and many choose to vote with their feet. The ultimate protest is a flight out.

Though they have never met, they trust each other to help plan the most dangerous trip of their lives.

The Fifth Estate interviewed several members of the group who have claimed asylum in a number of Western countries, including Canada.

R said long before she decided to leave the Emirates, the group was crucial to her day-to-day survival. When she started planning her escape, the network proved critical.

The group helped her figure out the best timing for her escape and to find a low-cost flight because she hadn't saved a substantial amount of money.

J, from Saudi Arabia, said she wavered when she realized she had a major logistical hurdle — whom to trust to take her to the airport alone in a country where women aren't allowed to travel without a male guardian.

She had to sneak out to the airport in the early morning and make a pit stop at a friend's place to pick up her suitcase.

A fellow member of the network rescued her plan when she told her about a trusted male contact — an atheist — in the same city who could take her but whom J had never met.

"I was so scared. He's a male and I was very scared to trust," she said. "But I was saying to myself, 'This is the only option. Just do it or die.'"

J was active on Twitter, under a fake name, lobbying for an end to Saudi Arabia's guardianship laws. Those laws require women to have male guardians, and they must give permission for most major decisions and must accompany women for travel.

When a fellow online activist was arrested, J feared she might be next. She left a day ahead of a final exam that would have given her a university degree in the sciences. Talking about it brings her to tears.

R was keeping an eye online when J fast-tracked her plans and left, waiting for any signal she had made it safely.

"We were very scared for her … because you'd never know what happens," she told The Fifth Estate.

The network is one example of a grassroots response to a demand for information among women who want to leave their country but have nowhere to turn.

The need for information and advice was underlined for them after the failed escape attempt of another Saudi citizen two years ago.

Dina Ali Lasloom left Saudi Arabia en route to Australia in April 2017 when she was detained on a transit stop in the Philippines. Authorities there took her passport. She, too, made a video about her plight.

"If my family come, they will kill me. If I go back to Saudi Arabia, I will be dead. Please help me," she said in the video, hauntingly reminiscent of Mohammed's. Only in her video, Lasloom did not show her face.

'I have to do something'

Before anyone could help get her out, she was tracked down by men believed to be her uncles and forcibly taken on a plane back to Saudi Arabia. Her fate is unknown.

Her case inspired Saudi psychiatrist Dr. Taleb al Abdulmohsen to start a website that gathers detailed information about how Saudi citizens, or the Emiratis and others who use his site, can safely navigate the process of leaving their country.

"I called the UNHCR, I called Amnesty International. I did everything I could to save her, but that failed," he told The Fifth Estate.

Users turn to wearesaudis.net for practical advice on everything from the process of seeking asylum to securing passports and visas. It's become a helpful handrail to freedom.

Most of the advice on his site, he said, comes from asylum seekers who have been through the process.

Users of wearesaudi.net are often ex-Muslims like him — al Abdulmohsen claimed asylum in 2016 in Germany, where he was studying, for religious persecution after his atheist views elicited threats.

The site is banned in Saudi Arabia and only accessible with a workaround.

'Traumatized' by their experiences

Al Abdulmohsen said 90 per cent of people who consult him are women between the ages of 18 and 30. He's heard of horrific cases of abuse and failed escapes from the region.

"These people are traumatized…. Their life, their experiences, tell you that they lived a horrible life," he said.

The website was "very, very helpful" to Saudi Salwa Alzahrani, who arrived in Canada last year with her sister and claimed asylum.

"I read everything there," she said in an interview.

Alzahrani herself was inundated with questions once she made it public that she had safely arrived in Canada.

The women asking the questions came from Saudi Arabia, but also the Emirates and Kuwait, said Alzahrani, who tried to provide advice whenever possible.

"Because there's some people [who] help me before, so I just do what they did for me."

Hard to do on your own

The journey is also incredibly difficult to do on your own – especially for these young women who may have never travelled independently or even travelled at all.

And yet Al Abdulmohsen said there's been an uptick in people looking for help on his site since Mohammed's case made world headlines.

"You see this becoming a phenomenon … we can call it [an] exodus," he said.

"I would call it a revolution," said R.

The UNHCR says the number of all asylum seekers on their radar from Saudi Arabia, for example, has quadrupled in five year to more than 800 in 2017.

The majority claim asylum in the United States. The second most popular country is Canada.

Even with online support, the decision to leave is a solitary act and one where the danger and uncertainty don't end when the journey does.

"I was so scared that I would be put back [on the plane] because I know there's no chance of going back whatsoever," said M, who escaped from the Emirates under circumstances she is unable to share publicly and arrived in Canada last June.

"Even when I reached that country, it felt crazy.

Even as many of the network's members leave the region, they are still connected on their hidden group and watching over each other.

Many of them have traded in everything they know for the uncertainty, and often poverty, of life as asylum seekers who could still find themselves rejected and possibly deported.

"I threw everything away. And it was very liberating to get out. Without any hijab or anything … I'm finally my own person. I'm treated as an adult. I pay my bills, I pay rent, like any other person," said M, 24.

But with the liberty comes many new challenges.

Besides the asylum claim process, which can take months or longer, there are practical concerns: how to further their education, how to find work or budget, even how to have braces removed that should have been gone months ago.

For many members, the network's most important role is perhaps that of a family as they navigate loneliness and the difficulties of adjusting to new homes alone.

"It's very important to have that support," said M, "because they give you reasons to live on."