We looked at every confirmed COVID-19 case in Canada. Here's what we found

CBC News has dug deep into the data on over 120,000 COVID-19 cases collected by the Public Health Agency of Canada to examine how the illness affects the young, the elderly, men and women in order to better understand what's most likely to land you in hospital — or worse.

Canada's first known case of COVID-19 was detected eight months ago this week. As of Sept. 22, the coronavirus has been confirmed in 146,663 people across the country.

CBC News has dug deep into the data collected by the Public Health Agency of Canada (PHAC) to examine how COVID-19, the illness caused by the virus, affects the young, the elderly, men and women in order to better understand what's most likely to land you in hospital — or worse.

The data contains details on 121,795 cases up to the first week of September. See the methodology at the bottom to learn more.

Here are our findings.

Who is getting the virus?

In the early days, people over 80 years old made up the largest group getting sick as long-term care homes were hit hard, resulting in more older people getting tested.

But CBC's analysis reveals that since mid-August, infections among young people (under 30) have surged and now, after a summer of provincial reopenings and expanded testing, cumulatively outnumber the elderly.

COVID-19 infections are also on the rise among the very youngest (under 20) as schools, colleges and universities reopen.

How is the virus affecting us?

Symptoms can vary by age group from youngest to oldest. Chills, sore throat and runny nose were reported more frequently among those under 50.

PHAC only has symptom data on seven per cent of cases in the detailed data as not every province records this. The way symptoms are defined and recorded may also vary across jurisdictions. But the 9,000 cases that do list those details suggest that people with COVID-19 suffer differently depending on age and symptoms.

*Other symptoms can include loss of taste and smell.

Close to 10 per cent of people who tested positive for coronavirus ended up in hospital, according to the cases tracked by PHAC.

Two per cent of cases landed in intensive care units (ICU) across all ages but mostly among people over 50.

In people admitted to hospital, shortness of breath and fever were more common symptoms while headaches, sore throat and runny nose were seen more often in less severe cases.

In fatal cases, shortness of breath and fever were also more common.

"It's not surprising that those showing an early symptom of that distress [shortness of breath] would be on a shorter path to death."

Of all confirmed infections in Canada, six per cent, or 9,274 cases, have been fatal, with the elderly hit the hardest. Only two people under 20 are known to have died from the disease so far.

The age gap in deaths is so wide that the chart below had to be stretched for the younger victims to be visible:

More women in Canada have died from COVID-19, especially in the 80+ age group where they outnumber men. Outside that age group, more men are dying from the virus.

Deonandan says differences between men and women's health might be affecting COVID-19 outcomes.

"Older men are more likely than women to have serious heart disease. COVID-19 might be expressing mortality through these disproportionate vulnerabilities that already exist," he said.

But more men have been hospitalized or ended up in an ICU with COVID-19.

Canada's public health data only shows recovery times for about 10 per cent of cases.

Older people tend to suffer longer (based on this small sample), not surprising given the greater presence of other medical conditions among the elderly.

Some COVID-19 cases took as many as 11 weeks to resolve, though the average recovery time is two to three weeks.

"Older people are more likely to be hospitalized and need more intensive interventions, which in turn are associated with longer recovery periods," said Deonandan.

The fall return to school has health officials bracing for a rise in exposures and new infections, particularly among young people.

The data shows that, while cases among 20-somethings rise, the youngest cohort, age 19 or younger, is also making up an increasing share of Canada's overall cases and by early September had overtaken people in their 70s.

The main data source for this article is the detailed preliminary information on confirmed cases of COVID-19 compiled by the Public Health Agency of Canada and published by Statistics Canada.

The data is based on a case report form that provincial authorities send to PHAC for each confirmed case.

Provinces might define a confirmed case, symptoms and recovery time differently, so that must be taken into account when interpreting the data.

WATCH | Older Canadians still at risk even as more young people get COVID-19: 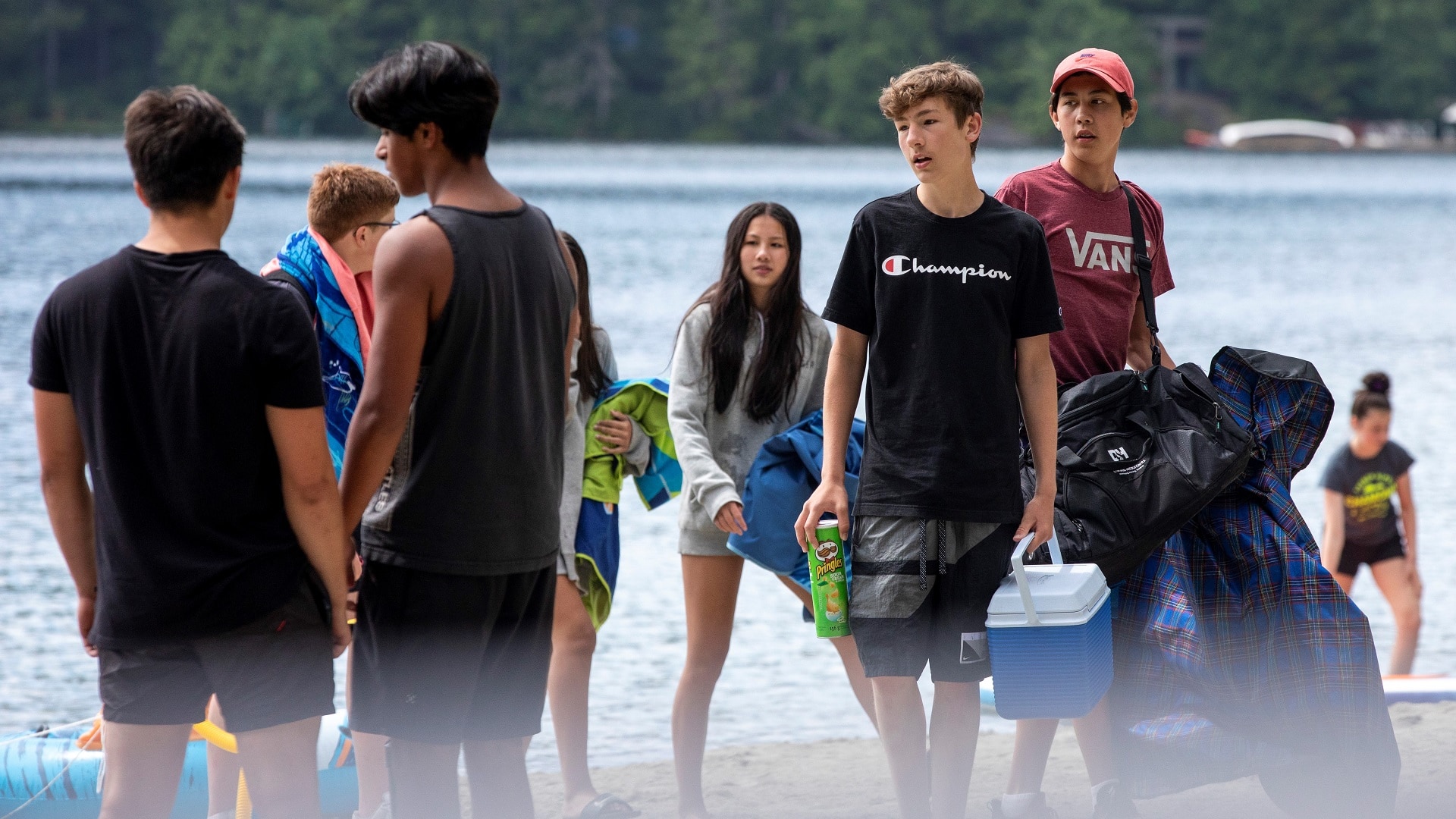 Rise in COVID-19 cases among young still a big worry for other ages, says specialist

1 month ago
0:59
'This is such a contagious infection,' said Dr. Isaac Bogoch, an infectious disease specialist, and it will spread to more vulnerable people who could wind up in hospital and die. 0:59

Not every province reports symptoms and recoveries, and those that do don't report them for every case. Only about 9,000 cases out of 121,795 in the data contain symptom information, and only about 12,500 cases contain the recovery date.

Symptom onset and recovery dates are noted only with the week of the year. Recovery times were calculated by subtracting the recovery week from the diagnosis week and do not account for possible variations in days.

In some cases, details are excluded or modified by Statistics Canada if there is a risk of identifying a patient in the data. For example, the data does not show any fatal cases under 50 years of age, even though there were nearly 80 such cases in the daily epidemiological report from PHAC, which contains the most recent confirmed numbers. CBC used the daily epidemiological data for the chart on deaths by age and gender.

The data analysis was done in Python. Questions about how it was done? Contact data journalist Roberto Rocha at roberto.rocha@cbc.ca.