How the provinces are planning for pot legalization

When the federal government announced it would legalize marijuana, it left it up to the provinces to license the product and oversee its distribution and sale. Here's a look at what the provinces and territories are planning.

Nunavut, Manitoba and Quebec the only jurisdictions to prohibit home growing

When the federal government announced it would be legalizing marijuana, it left it up to the provinces to license the product and oversee its distribution and sale. This has prompted provinces and territories to come up with their own plans to sell pot before July 1, 2018, when marijuana is scheduled to be legalized under federal legislation.

Here's a look at which provinces have laid out their plans and which are still working out the kinks.

British Columbia announced its model in early December, saying that the minimum age would be 19 and that people would be able to buy legal pot in private and public stores.

Adults can possess up to 30 grams of cannabis in a public place, grow up to four cannabis plants per household (except houses used as a daycare and the plants can't be visible from outside) and the consumption of marijuana is prohibited in places where smoking and vaping are also prohibited.

In Alberta, a bill has been introduced that would make the government responsible for any online retail marijuana sales. But the private sector isn't being shut out —  retail locations would be operated by private companies.

The Alberta Gaming and Liquor Commission would be responsible for oversight of private retail, and details on licensing will be available early next year, the province said.

The bill would set the minimum age for purchase and use at 18, the same as the province's legal drinking age. It would also ban the sale of cannabis alongside alcohol, pharmaceuticals or tobacco.

People who want to consume pot will face some limits in Alberta — the new legislation outlaws use in places ranging from schools and daycares to hospitals, CBC's Michelle Bellefontaine reported on Thursday as Rachel Notley's government outlined its plan.

Sales in Saskatchewan will be handled by private retailers and regulated by the government. In July, the province announced the companies that would receive 51 permits from the Saskatchewan Liquor and Gaming Authority to retail cannabis in 32 municipalities and First Nation communities.

Eligible First Nations and municipalities will have the option to opt out of having a retail cannabis store. The final number of retail permits are to depend on the number of community leaders who decide they don't want a retail outlet.

In March, Saskatchewan announced the remainder of its framework, including details about the legal age of consumption. The minimum age for cannabis use will be 19, which is the same as the province's legal drinking age.

The province also announced that each household will be allowed up to four cannabis plants. There is also a limit of 30 grams of cannabis per consumer.

Saskatchewan was the final province to announce its plan for legal pot. The delay irked the Saskatchewan Urban Municipalities Association (SUMA), which has complained that municipalities are unable to prepare.

In Manitoba, the province has said it will pursue a "hybrid model" for selling marijuana. The Liquor and Gaming Authority will regulate the purchase, storage, distribution and retail of cannabis while the Manitoba Liquor and Lotteries Corporation will secure and track supply of cannabis sold in the province.

But as in Alberta and Saskatchewan, the private sector will be responsible for selling the product.

In early December, the government said that the minimum age to buy pot would be 19, a year older than the provincial drinking age of 18. The government also said Manitobans would be able to order pot online through retailers who also have a storefront, but would be barred from growing it at home unless they had a medical licence. 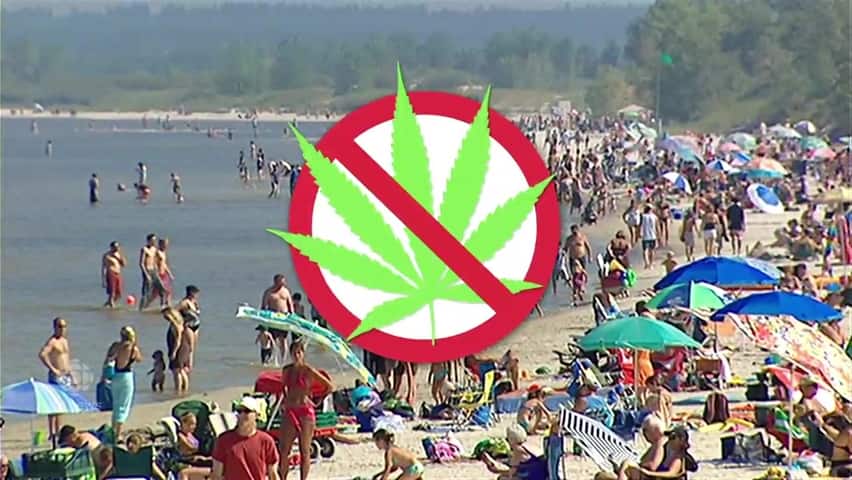 Where will Manitobans be allowed to smoke legal weed?

3 years ago
1:40
New rules introduced in the Manitoba Legislature on Tuesday would largely limit cannabis consumption to private homes. They also outline how the province plans to catch stoned drivers. Tyson Koschik explains. 1:40

On Monday, the Ontario government said it will sell recreational cannabis through an online retail channel when it is legalized this fall, with plans to have pot in private retail stores early next year.

The online sales will be operated by a government agency called the Ontario Cannabis Store, and will act as the wholesale supplier of cannabis to private retailers. The province says a "tightly regulated" private retail model will start operation by April 1, 2019, and municipalities can opt out of hosting any pot shops within their boundaries.

The Tory government reversed course on their Liberal predecessors' plan to have legalized cannabis distributed through
publicly owned and operated stores.

The legal age to buy recreational cannabis will remain 19 and consumers will only be allowed to use legalized pot in a private residence, including the outdoor space of the home.

Buyers will need to be at least 18 years old. Like several other provinces, this age mirrors the legal age for buying alcohol.

Quebecers won't be allowed to grow marijuana plants at home, even though the proposed federal law would allow Canadians to have up to four plants at home for their personal use.

CBC's Kalina Laframboise reported that under the proposed plan, the Société Québécoise du Cannabis (SQC) will buy pot from a producer and deal with transportation and storage of the product.

There are plans to open about 20 stores by December and between 150 and 160 stores in the next two to three years.

The online store will be operational as soon as cannabis is made legal.

New Brunswick has laid out how it intends to proceed, and CBC's Jacques Poitras reports that users can expect limits.

At home, people can store however much they like, but they have to keep it in either a locked-up room or a locked container.

Up to 20 stores, run by Crown corporation Cannabis NB, will be established with strict policies in place: they will be located at least 300 metres away from schools, they will only display products under glass, and customers will need to show identification to prove they are of legal age — 19 years or older — before they can even get in.

The government of Newfoundland and Labrador unveiled its cannabis plan in November, saying that there will be a minimum age of 19 to buy and use marijuana, in line with its current drinking age.

Pot will be sold in approved private stores, with distribution handled by the Newfoundland and Labrador Liquor Corporation (NLC). In some areas, though, NLC may be the retailer, too. People under 19 will also be barred from entering or working in cannabis stores, and from buying or selling cannabis accessories.

People will be allowed to have up to four cannabis plants, and adults can share up to 30 grams of cannabis.

Online sales will also be an option.

But wherever people buy it, they're going to be barred from smoking pot on public property, CBC's Geoff Bartlett reports.

The government has announced the legal age for consumption will be 19 and over, with a possession limit of 30 grams per person and a household growing limit of four plants. The product will be exclusively sold through 12 Nova Scotia Liquor Corporation outlets as well as through online sales. The maximum amount of cannabis a customer can purchase at one time is 30 grams.

Prince Edward Island announced in April it wants to create a new Crown corporation to handle the sale of cannabis in the province — one that would be run separately from its liquor commission. Cannabis will also be available for purchase online. Those 19 and over can legally purchase marijuana, which to begin will be legally restricted to private residences.

In Yukon, according to a framework unveiled by the territory, the legal age to buy marijuana will be 19. Adults can only purchase or possess in public up to 30 grams at a time.

According to the territorial government website, Yukon will "own and operate at least one retail store and provide an e-commerce option."

Going forward, Justice Minister Tracey-Anne McPhee suggested the retailing could be a mix of government and private-sector outlets.

"It's important to recognize that the proposed framework represents a starting point," she said.

Yukon's Cannabis Control and Regulation Act will allow people to legally use marijuana products in their homes or the homes of others who have consented to the use — but nowhere else.

The government in the Northwest Territories also released details of its proposed plan, calling for a minimum legal age of 19. According to the government's framework, the N.W.T Liquor Commission will be in charge of import and distribution.

Adults will be allowed to posses up to 30 grams of cannabis and will be able to grow marijuana at home under the proposed plan, but will be limited to four plants. There will be restrictions on where people can consume pot in public.

Nunuvat's draft pot legislation in June called for a ban on the home growing of cannabis, and allows the private sector to apply for licenses to sell it. 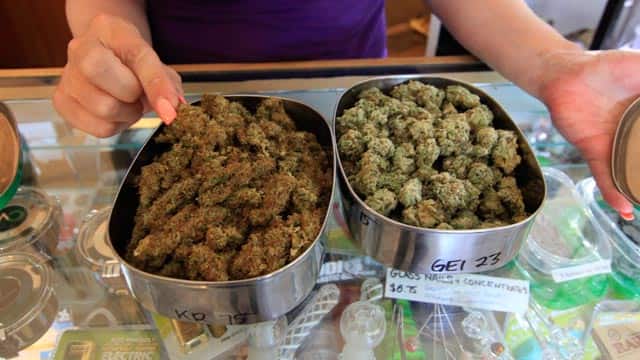 Putting a price on recreational pot

3 years ago
3:35
Two more provinces have announced how they plan to sell recreational pot once it becomes legal. That brings the number to five. But beyond selling the drug, there are still other issues that need to be ironed out — so many that some provinces are calling next year's Canada Day deadline for legalization too ambitious 3:35