Federal prisons in British Columbia and Manitoba are forcing some inmates to be double-bunked in segregation cells, CBC News has learned. 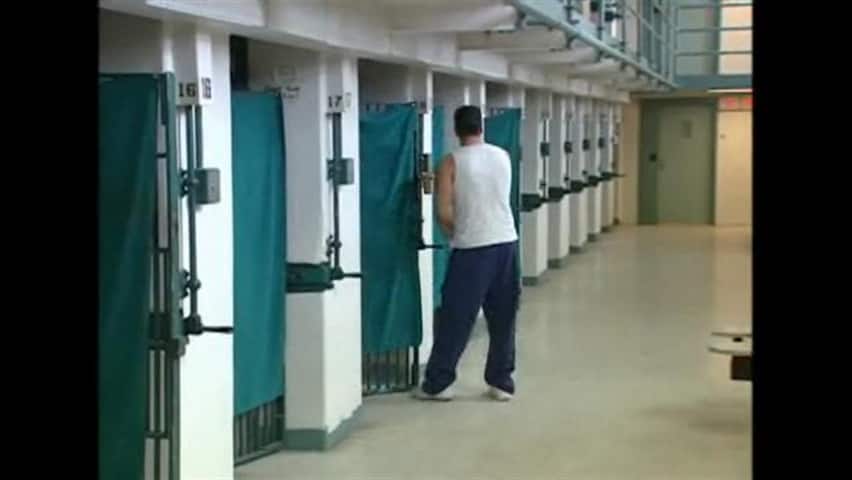 Federal prisons in British Columbia and Manitoba are forcing some inmates to be double-bunked in segregation cells, a practice that was supposed to have been abolished for everything but extreme emergency situations a decade ago, CBC News has learned.

Documents obtained by CBC News under the Access to Information Act show at least two prisons have forced segregated inmates to share cells — Stony Mountain in Manitoba and Mission Institution in B.C. In a number of Ontario prisons, the mandatory assessments that are required before any inmate can be double-bunked are not always completed, the documents also show.

The Office of the Correctional Investigator, an ombudsman for federal offenders, says double-bunking in segregation is a violation of government policy, the Charter of Rights and international human rights standards. A 2001 Correctional Service of Canada directive explicitly prohibits the use of segregation cells for double-bunking unless emergency exemptions are warranted.

"Segregation is the most austere form of incarceration we have in Canada. You're locked in a very small cell for 23 out of 24 hours," correctional investigator Howard Sapers said. "These are very confined spaces. These cells are not designed to house more than one inmate. So if you're now going to house two inmates in one of these very small segregation cells, you're really bordering on inhumane custody."

Sapers also draws a connection between prison overcrowding, double-bunking of the general inmate population and increased violence. Over the last four years, assaults in prisons have risen 27 per cent and occasions when guards have had to use force have increased 28 per cent.

A year ago Jeremy Phillips, 33, was found dead in his cell at the medium-security Mountain Institution in B.C. Phillips, who was serving time for aggravated assault, had been sharing a cell with Michael McGray, a serial killer serving six concurrent life sentences. Phillips had begged to be re-located.

McGray is now awaiting trial on a first-degree murder charge in Phillips' death.

The Union of Canadian Correctional Officers is also worried about the effects of overcrowding in prisons.

"It's like an elastic band. Things are stretched and every once and awhile they break. For our prisons that have a high percentage of double-bunking we certainly see that elastic is being stretched pretty thin right now," said Kevin Grabowsky, the union's regional president for the area that includes Stony Mountain.

John Hutton, executive director of the John Howard Society of Manitoba, says double-bunking in segregation is unsafe but admits prison management may not have much choice as inmate populations continue to grow.

"I think we should be concerned because the inmates and the staff that work in those institutions are put at risk when their conditions are overcrowded and they're being asked to do tasks that they don't have the capacity to do," Hutton said.

Sapers has described the practice of double-bunking in segregation as a measure of last resort, only to be used in emergency situations.

He wrote: "The decision to grant Stony Mountain Institution a 12-month exemption to allow for double-bunking in segregation does not reflect an 'extraordinary' or 'temporary' situation."

CBC News obtained statistics from the Office of the Correctional Investigator dated Sept. 11, 2011, showing a snapshot of double-bunking among the general population at Canada's 58 prisons.

Nationally, 13.46 per cent of inmates were doubled-bunked. About half the prisons had no double-bunking on that date, but others showed a high proportion of offenders double-bunked:

Before two inmates are housed in the same cell they are supposed to be assessed to determine the compatibility or risk of double-bunking them. The OCI determined that placement assessments were not always done.

During a May 10, 2010, visit to Warkworth Institute in Campbellford, Ont., OCI senior investigator Christine Lessard identified a poor track record of assessment completion.

On Feb. 8, 2011, staff at Warkworth Institute filed a complaint under the Canadian Labour Code that double-bunking had the potential to put them in danger.