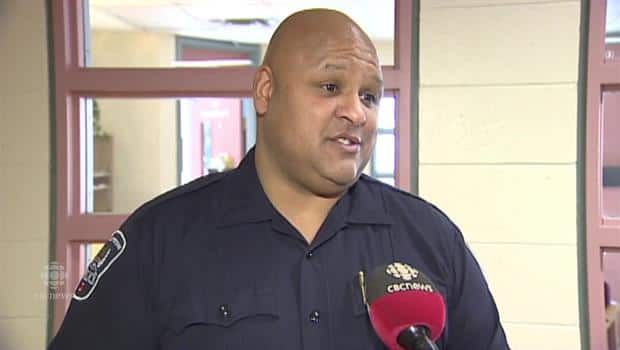 A smartphone app that allows users to post anonymous comments that only other users in close proximity can see is gaining popularity among students, but it has officials at P.E.I.'s largest high school concerned.

"As each day goes by, more and more students seem to be getting affected by this site," said Gordie Cox, a guidance counsellor at Colonel Gray high school.

Students told CBC News that Yik Yak started to become popular in early December and has led to trash-talking because users are anonymous.

"There are students that aren't attending school because of it. They can't function during the course of the school day because of what they're reading — 60 people commenting, saying they don't like the way they dress, or they look a certain way," he said.

In an email to CBC News, Yik Yak said, "We recognize that with any social app or network, there is the likelihood for misuse from a small group of users, so we have put specific algorithms in place and continue to improve our monitoring tools to prevent this from happening."

On its site, Yik Yak also takes geo-fencing requests for areas around schools.

"We have geo-fenced almost all primary and secondary schools and turned the app to 17+ in stores to ensure the user base is age appropriate and parents can easily block the app on their children's phones," the company told CBC News.

"Additionally, the app monitors conversations and posts, and any negative or harmful behaviour will result in the respective user being blocked, or altogether banned from future use."

Keizer said his biggest challenge is the anonymity.

"For police, only when it becomes a criminal matter can we access the site and find out who is making the post and whatnot. Because we don't know who is making these particular posts, it's very difficult to control," he said.

On the issue of anonymity, the company said, "Users can only post from their phone, so they are never able to actually log in under a different name. Some people will post on behalf of an actual or made-up name, but oftentimes when that happens and it's incorrect, the post is reported/flagged immediately to our monitoring team, which can be removed altogether."

Officials at Colonel Gray don't think geo-fencing is the answer.

They say even if Yik Yak was blocked in the school, students could still use it off school property and that other apps will come along.

"I think the answer is education. Make sure students know this is a form of bullying and that it's not OK," said Cox.

Colonel Gray is currently developing a student group to encourage their friends to spread positive messages and to use social media the right way.

For its part, the company said it "recently redesigned the technology to make it more user friendly and encourage positive interactions with the addition of the Peek Anywhere feature ... Regarding our security and misuse protection, we continue to build out the technology and update our procedures for use to curb harmful activity."