P.E.I. looks to other provinces as it creates new name-changing process

P.E.I.'s new provincial process will be revealed in the next couple of months, and it's looking to places like Nova Scotia for guidance.

Warning: This story contains language that some will find offensive

For Troy Lawrence, it's a clear childhood memory: driving from his home near Yarmouth, N.S., to Halifax and seeing the sign on the side of the road.

It's the name of a community in southwestern Nova Scotia. The name is also attached to a harbour, an island and a point on that island.

"It takes you back to not feeling like you should, and that is being just like everybody else."

Lawrence's grandparents and parents saw those signs growing up. Now, his children see them.

"They ask, 'What does that word mean, Papa? Why is that word even on a sign?'"

Lawrence is part of the team in Nova Scotia working to change the community's name. The process began in 2018 after a Black community member applied to the provincial government to change the names.

Except here on P.E.I., there is no official way to request a community name change.

Soon, there will be.

P.E.I.'s new provincial process will be revealed in the next couple of months, and it's looking to places like Nova Scotia for guidance.

If it's truth and reconciliation that they want, why not start in something that's tangible.— Abegweit Chief Junior Gould

"Where we found that we were lacking was in that clear process of, what do I do if I want to submit a change request for a name," said Ryan Pineau, P.E.I.'s provincial tax commissioner.

As part of his role, Pineau is the P.E.I. representative on the Geographical Names Board of Canada, a national co-ordinating body.

He began work on the design of a new name-changing process for the province in 2021. 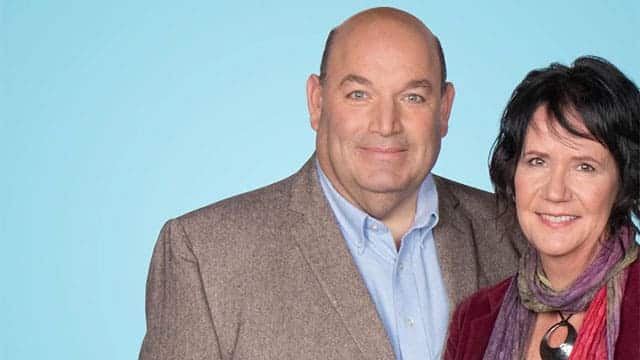 Island Morning7:00Name change request- Part 2
Today , part 2 in a new series on the Abegweit First Nation's request to change the name of the neighbouring community. We will hear from people in Nova Scotia and British Columbia who are going through the process....and what they have learned.

"This will give you a one-stop shop as to how to go about initiating that process. So we'll lay out the entirety of what information do you have to get up front and provide as part of the application," said Pineau.

This new process will only apply to unincorporated areas of the province, not those that fall within municipal jurisdictions, which have their own rules.

Most past name changes on P.E.I., such as the renaming of Three Rivers, have fallen under those municipal areas.

In fact, Pineau said the last provincial name change was in 1968, for a small body of water just north of the North River causeway.

That lack of provincial name changes doesn't necessarily indicate that no one wants to submit a request, he said.

"It may be because there was no defined process that led people down an easy path to make those suggestions."

Pineau said the new process will focus on consultation.

"Naming is a very emotional topic and for a place name to be changed can be a big issue. So we want to make sure that the residents of that area have a good say in the naming process."

British Columbia is another jurisdiction that is wrapping up a community name change.

On Haida Gwaii, an archipelago off the West Coast, the village of Queen Charlotte is changing its name back to the original Haida name of Daajing Giids.

"It was thorough and it was long," said Queen Charlotte Mayor Kris Olsen on the process to rename the village.

"It couldn't be a superficial process where we just go into a, you know, a council room and all of a sudden raise our hands and boom, it's done," he said.

The request for the name change came in 2019 from Indigenous elders with the Skidegate Haida Immersion Program.

It is part of a campaign of Haida language revitalization on the islands, including renaming schools, rivers and other places.

For the village name change, the community held education sessions and town halls and sent out surveys to residents.

The majority — about 60 per cent — of the 960 community members were supportive of the change.

Olsen said that doesn't mean it was always easy.

"Place and identity are fundamental to who we are as people … so for a lot of people, you know, it's a tough adjustment. But there's a lot more people that want this to occur than those that don't."

Olsen's advice to other communities going through a name change process is to share knowledge.

"Inform your communities. Educate. So that when the decision comes, everyone makes the decision from the same place of information and knowledge," he said.

In southwestern Nova Scotia, Troy Lawrence agrees that education is a key part of the process, especially for those who may not know the history of the province's Black communities.

"Part of being educated is knowing more about your history. And if they took the time to read a little bit about the history and understand what these names mean, and put themselves in the position of the person who finds it to be derogatory, it would definitely make sense."

The year-long consultation process is nearing the finish line in Nova Scotia. Three of the four place names being changed have been agreed upon by community members, but the fourth one still needs more community engagement to come to a decision.

Despite the long timeline and the challenges, Lawrence said being part of this work is empowering.

"For so many years, what we've had to endure, you know, to be right there in front of you not being able to do anything about it. But now being able to be in a position where I'm part of the change — it's amazing."

As for a potential name change for the P.E.I. harbour, Chief Gould said he has spoken with community groups and homeowners in the area and has received a lot of support.

After making his request public last month, he said the ball is in the province's court.

"Silence speaks volumes. And I think that the province is not being proactive, like they're doing their own mandate," said Gould.

"If it's truth and reconciliation that they want, why not start in something that's tangible and would affect the First Nations people in P.E.I. directly."

Isabelle Gallant is a radio producer and web writer who has worked for CBC in Edmonton and Toronto. She grew up in Halifax and Charlottetown and is happy to be back home on P.E.I.