Why these P.E.I. mothers are talking about pregnancy and infant loss

Oct. 15 is Pregnancy and Infant Loss Awareness Day — a day when many families remember infants who died or pregnancies that ended in miscarriage or stillbirth.

Kristina Gosley's daughter Adaline was just over a month old. She had been born prematurely at the IWK in Halifax at 23 weeks gestation, and the doctors were set to take her breathing tube out the following day.

Gosley and her husband Justin were out of the hospital for a quick bite. She said she had a feeling that something wasn't right and they had to go back.

When they returned, a team of doctors had gathered around their daughter.

"They were just standing there and not saying anything," Gosley said. Three hours later, Adaline died. "They stopped the chest compressions and put her in a blanket and just put her in my arms to pass away."

Gosley said while Adaline's death was "very peaceful," she herself was in complete agony.

"It was more than anything I loved in this world. It was in a way more than any person, it was more than like life itself," she said. "It's more than heartbreak, it's like an actual physical, emotional, spiritual ache, like I just began to ache from that point on." Island Morning8:31Mothers speak out about pregnancy and infant loss

'She was my baby as well'

Oct. 15 is Pregnancy and Infant Loss Awareness Day — a day to remember babies like Adaline, as well as pregnancies that ended in miscarriage or stillbirth.

"To have this day, to have this month, to have women that share their stories, be it privately or very publicly, that we've even seen like recent celebrities do, it really reaches out to the people that need it," Gosley said.

Jennifer Knockwood's daughter Zoe was stillborn in 2010 at 40 weeks, five days gestation. Knockwood wrote to the provincial government at the time and had a proclamation signed to recognize the day on P.E.I.

"I didn't want her to be forgotten about. I wanted her to be known, that she was my daughter, she still lived on through me," she said. "She's a part of my life."

Faith Rose lost her daughter, Lily, two and a half years ago at 18 weeks gestation. She found out there was no functioning kidney tissue and was told there was a zero per cent chance of survival, so she made the decision to terminate the pregnancy.

"People ask me if I have kids and I say, yes, I have one," said Rose, who now has a seven-month-old son. "I tell them about Lily as well because she was my baby as well. It's just really good to talk about it."

'Betrayed by my own body'

Stillbirth — when a pregnancy ends after 20 weeks — is quite rare in Canada. According to Statistics Canada, in 2018 roughly eight in 1,000 babies were stillborn.

Miscarriage — when a pregnancy ends before 20 weeks — is much more common. The Society of Obstetricians and Gynaecologists of Canada estimates 15 to 20 per cent of pregnancies end in miscarriage, usually before eight weeks gestation.

But it wasn't what Carrie Quinn was expecting when she got pregnant for the first time. She found out at nine or 10 weeks that she had what was called a "blighted ovum," which means an embryo never developed.

"I guess you had always heard about miscarriages, but you never think it's going to happen to you, especially, you know, your first pregnancy," she said. "I almost felt betrayed by my own body."

"We might have not … actually had a child and lost a child, but it was still we're losing the hope of having a child,' said Chelsey Keough, who had a miscarriage three years ago. "We were like so excited to be parents … and then you lose that. So you are grieving the loss."

Elizabeth Morrison planted a tree and got a tattoo as part of her healing process after her miscarriage. She's now pregnant again.

"We're going to watch the tree grow, even though my baby didn't grow," she said. "I think it was just some nice closure for the family to all go through together."

After Zoe's death, Knockwood returned home where the nursery was all set up and ready to welcome a baby. She described it as incredibly lonely, and she found herself slipping into a deep depression. One of the things that helped her was talking to others who had been through similar experiences.

"I went to many counselling sessions and I felt like they never got it. They never understood it. As much as they try to relate, they can't relate. Like, how could they relate?"

She now makes herself available to other grieving parents. In a few cases, she has been in the delivery room for support as mothers have delivered stillborn babies.

Quinn said she didn't have a lot of support after she miscarried. She said the doctors were throwing around a lot of words, something her brother — who is a nurse — helped her navigate.

"It's hard because you feel like your whole life changed and everyone's life is normal, but nobody knows and … it's really taboo to talk about," she said. "So you can't even explain to somebody why you don't want to do things or why you're having a hard time."

She began talking with a friend from high school, and discovered that friend had also been through a miscarriage. She said talking about it made her feel less lonely.

Keough said a relative who had also miscarried sent her a bouquet of flowers to let her know she wasn't alone, a gesture she repeated when a friend went through the same pain.

"It just kind of made me feel like, 'OK, it is OK to grieve,'" she said. "Other people have gone through this and, you know, people do care and there will be better days and we will have a child someday."

Going on to have healthy pregnancies

Charlottetown obstetrician-gynecologist Dr. Katie Matheson said that after such a loss, most people are able to go on to have a healthy pregnancy.

"With an early pregnancy loss, we know that a person's risk of having another pregnancy loss is about the same as the general population," she said.

(Keough has a two-year-old daughter and her son is five months old. Quinn has a three-year-old son, and she's pregnant again.)

Matheson said the risks to subsequent pregnancies are a bit higher after stillbirth, but those risks can be managed.

Knockwood had two children after Zoe, a son and a daughter. Because of her stillbirth, she was monitored closely and was induced at 38 weeks in both cases. She said she didn't enjoy her pregnancy with her son at all, she was so anxious something would go wrong.

"He was born completely, perfectly healthy and screaming his lungs out when he was born, which was such a reassuring sound to hear, considering when I had my birth of my daughter, it was completely silent in the room."

Adaline was Gosley's second pregnancy. She was born prematurely because Gosley has what the medical community calls an incompetent cervix. It's also the reason she lost her first pregnancy at 14 weeks.

This summer, she got pregnant for a third time, but that ended in a miscarriage for unrelated reasons.

She hopes to get pregnant again — when she's ready. She said now that the issue with her cervix is known, it can be addressed early in the pregnancy and she can be followed closely by her obstetrician. 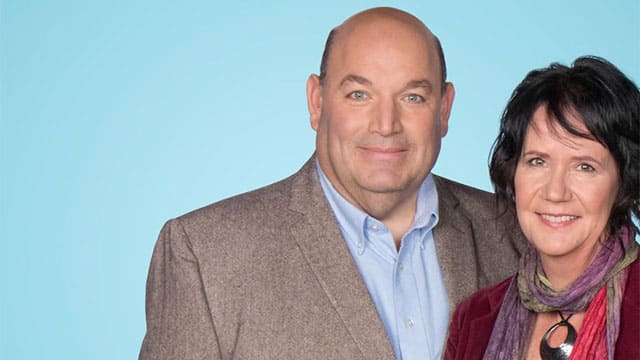 The Women's Wellness Program started offering counselling for pregnancy and infant loss in 2017. Program manager Rochelle Pike said since then it has counselled about 170 families for loss.

"You have to kind of manage that grief and … you feel alone," said Pike. "I can say 'I think and I know' because … it happened to me."

Pike said the counselling isn't just for the mother — any parent can access the service and often couples will go together.

Jesara Sinclair is a journalist with CBC P.E.I. Prior to Charlottetown, she worked with CBC in Montreal, Vancouver and Toronto. E-mail: jesara.sinclair@cbc.ca.