How Indigenous history is being taught in P.E.I. schools

Wednesday marks Orange Shirt Day in Canada and while it's a day to remember the Indigenous children forced to go to residential schools, it's also about learning Indigenous history and culture.

'There are connections all throughout our curriculum to Indigenous studies'

Wednesday marks Orange Shirt Day in Canada and while it's a day to remember the Indigenous children forced to go to residential schools, it's also about learning Indigenous history and culture.

On P.E.I., that begins in public schools at an early age.

Claire Gaudin told CBC News: Compass it's important that children learn Indigenous studies because it "empowers children to take action themselves" in the path of reconciliation and carry that into adulthood.

She's a kindergarten to Grade 6 curriculum leader with the Department of Education and said teachers are speaking with students about the residential schools and that it includes "integrated units of studies" in grades 1-3. 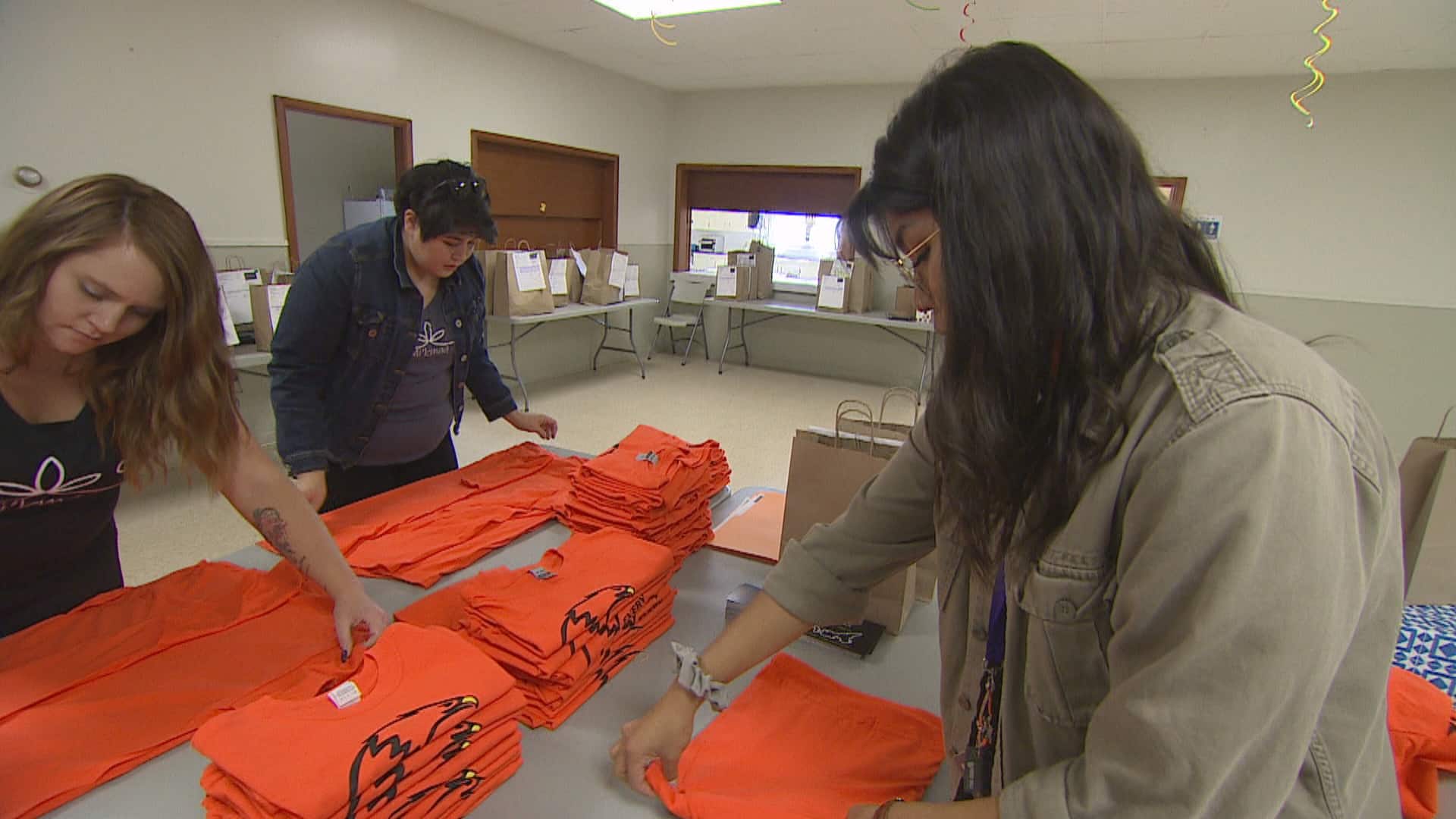 5 months ago
2:20
'It's grown so much because it's not just an Indigenous matter, it's a Canadian issue,' says Mi'kmaq Printing and Design's Deidre Augustine. 2:20

Further learning for grades 4-6 is now being developed. These would complement mandatory teachings for all grade levels.

"There are connections all throughout our curriculum to Indigenous studies," Gaudin said.

In Grade 1 French immersion, for example, students have "read alouds," where they can learn more about Indigenous culture. As students progress through grades they learn more about sensitive topics, like residential schools, in what she describes as a "gradual approach."

"We've provided resources to allow for more of these delicate conversations to be had," Gaudin said.

"From Grade 3 onwards, we do actually integrate a little bit about the legacy of residential schools, but at child-appropriate levels."

This would include teaching students about a grandparent who has lost their language and why that happened, she said.

By the time students are in Grade 6, there are books about what life was like at residential schools.

Gaudin said the Department of Education consulted with the Mi'kmaq Confederacy as well as other Indigenous groups on the Island to "make sure that the resources that we were making available in the classrooms were acceptable."

She added that it's important for children to learn about Indigenous studies early in the school system for there to be a greater understanding later in life.