Three Prince Edward Islanders will be on NHL rosters when the COVID-shortened, 56-game season opens this week.

A 4th, Josh Currie, will begin season in minors

Three Prince Edward Islanders will be on NHL rosters when the COVID-shortened, 56-game season opens this week.

Zack MacEwen of Stratford will be with the Vancouver Canucks when they take on the Edmonton Oilers on Wednesday night.

Noah Dobson of Summerside and Ross Johnston of Suffolk will be with the New York Islanders for their season-opener Thursday against the New York Rangers.

Josh Currie of Charlottetown was a late cut by the Pittsburgh Penguins and will begin the season with their AHL affiliate, the Wilkes-Barre/Scranton Penguins.

"It's disappointing but it's just another challenge and I'm looking forward to it," Currie said in a text message to CBC. 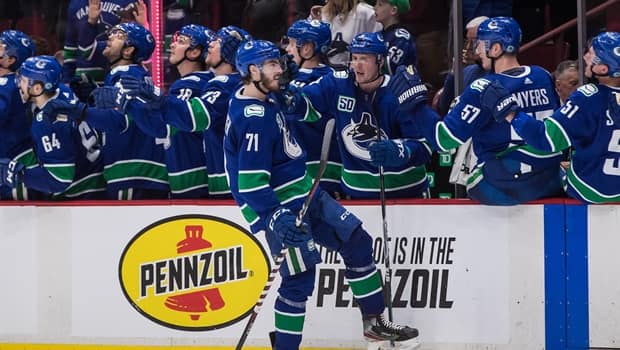 MacEwen, a six-foot-three power forward who has become a fan favourite in Vancouver for his energetic, aggressive style of play, has been back and forth between the Canucks and their AHL affiliate, the Utica Comets, the past two seasons.

This is the first time he's opened the season with the NHL club. In 17 games after his call-up last season, he had five goals and one assist and was a plus-6. He also played in six playoff games.

In October, he signed a two-year contract with the Canucks worth $1.65 million.

Dobson, a first-round draft pick in 2018, is expected to get more time on defence this year after appearing in 34 games last season. He is in the second year of a three-year-contract worth $4.39 million.

Johnston, a six-foot-four forward, has the most NHL experience of the group, appearing in 74 games over the past four seasons. He is under contract with the Islanders for two more years at $1 million a year.

Jordan Spence of Cornwall, who was part of Canada's silver-medal team at the World Junior Hockey Championship earlier this month, is under contract with the Los Angeles Kings, but he is still playing in the Quebec Major Junior Hockey League. Last week, he was traded from the Moncton Wildcats to the Val-d'Or Foreurs.