Lobster fishermen rescued after boat hung up on sandbar in western P.E.I.

Setting day posed some challenges for some lobster fishermen on P.E.I. Monday.

And in Covehead, some boats couldn't get back into harbour and had to dock in Rustico

Northeast winds and low tides made setting day a challenge for some lobster fishermen on P.E.I. Monday.

A fisherman and four crew had to be rescued in Hardy's Channel in western P.E.I. at around 11 a.m. when their boat got hung up on a sandbar and water started coming in, according to Lloyd Phillips, the president of the Hardy's Channel Fish Co-op.

And at Covehead Harbour, fishermen said about half a dozen boats ended up docking in Rustico because a sandbar prevented them from getting back into Covehead. 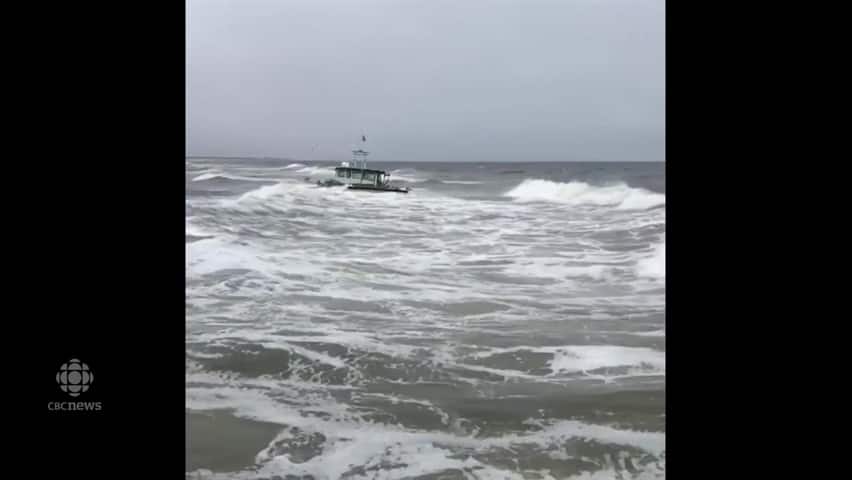 Phillips said the fishermen all ended up in the water in Hardy's Channel before they could get their survival suits on.

Phillips said several other fishermen nearby came and helped rescue them and people in the community were called to bring blankets down to the wharf for them.

He said the boat is still hung up on the sandbar, and the Coast Guard is monitoring the situation.

Phillips said the northeast winds and low tide made it difficult for fishermen, and everyone was dragging going over the sandbar.

"The season shouldn't have opened today," he said.

Some fishermen in Covehead, meanwhile, weren't able to set all their traps. One boat got stuck on the sand for an hour and a half coming back in after the second setting.

Roberts said it's not the first time sandbars have caused problems for the boats in Covehead.

"Mother Nature, she put it there and a lot of times she'll take it away," Roberts said.

Roberts said he was waiting for high tide to get his last load out.

Roberts said a dredger arrived Saturday, but the weather has prevented it from getting any significant work done.

With files from Laura Chapin and Brian Higgins