P.E.I. has reported two new cases of COVID-19 on Sunday, bringing the total active cases in the province to five.

P.E.I. reported two new cases of COVID-19 on Sunday, bringing the total active cases in the province to five.

The two new cases are both men in their 20s. They are residents of P.E.I. and close contacts of one of the three cases reported Saturday.

That person is an asymptomatic man in his 20s who travelled to Nova Scotia and came in contact with an individual who had travelled to the United States.

One of the other cases reported Saturday, a woman in her 20s, is also a close contact of the man.

"They were supposed to be self-isolating because they had returned from Nova Scotia, and, certainly, that was prior to the [Atlantic] bubble," Morrison said.

"Their contacts were very limited ... they had five close contacts identified and those are the ones that we tested yesterday and two came back positive." 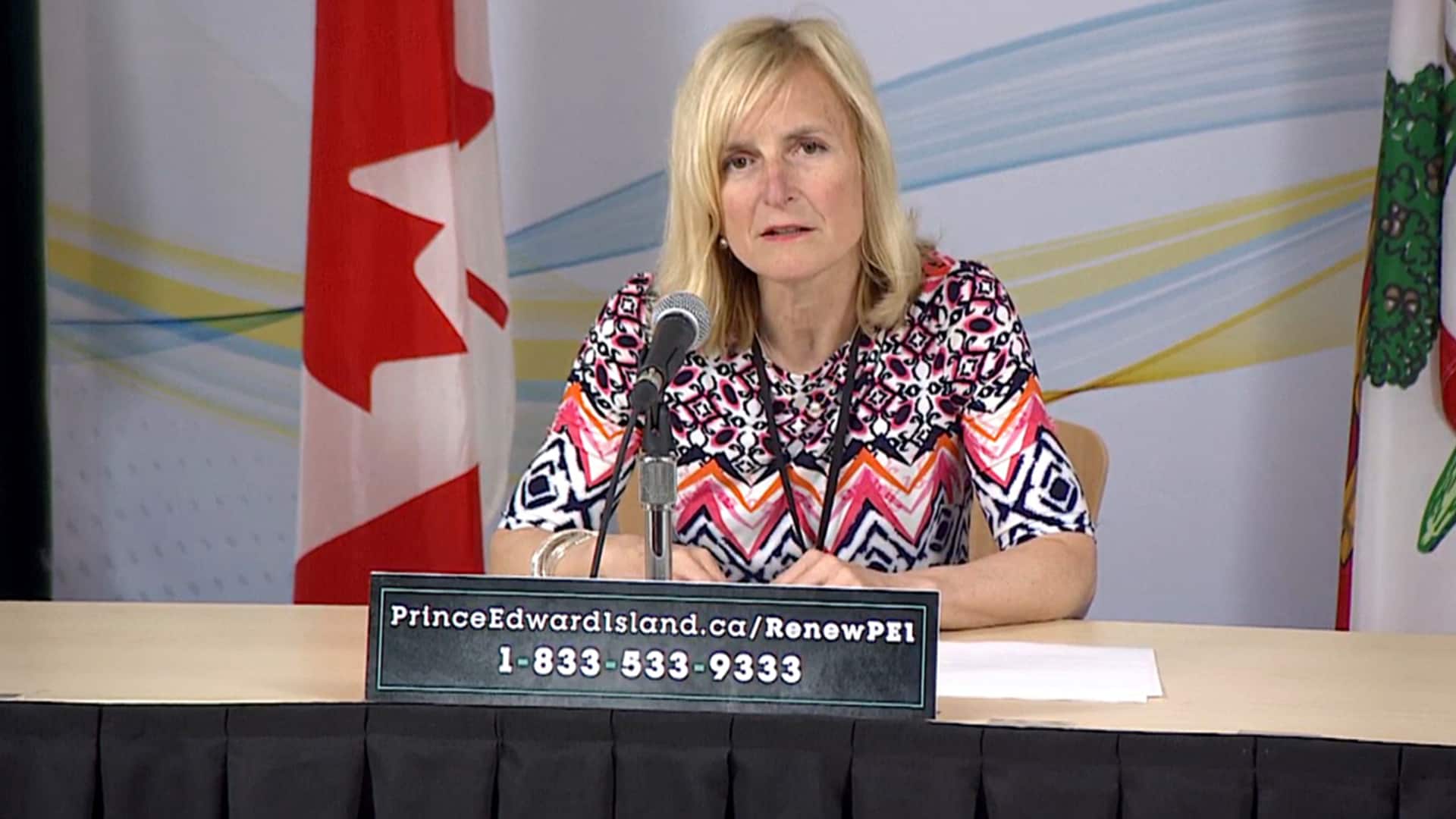 3 months ago
2:04
P.E.I. has its first cluster of COVID-19 since April just as travel opens up within Atlantic Canada. The new cases are a sign that provinces need to keep their guard up as restrictions come down. 2:04

The five new cases come after P.E.I. had been COVID-19 free for two months. This brings P.E.I.'s total COVID-19 count to 32 cases, with 27 considered recovered.

"This cluster of cases is a clear reminder that COVID-19 is still very much present in our province and we must remain vigilant," said Morrison.

Of the cases in the cluster, the woman in her 20s is an employee of Whisperwood Villa, a privately owned nursing and community-care home in Charlottetown.

On Sunday, Morrison said that 129 residents and 140 staff at Whisperwood were tested, and testing continues. All results have come back negative and staff and residents will be tested again this week.

Morrison said all but four or five staff and two residents were tested yesterday. All visits to the facility have been halted.

The risk of transmission of COVID-19 in the province remains low— Dr. Heather Morrison

Jason Lee, CEO of P.E.I. Seniors Homes, which operates Whisperwood, told CBC News that those staff members were being tested Sunday, and were not tested Saturday due to availability.

"With regards to the two residents, one of them was actually tested since then ... the last resident, because of their health conditions, it's just impossible for us to test them," Lee said.

"So they're being put on precautions for the next 14 days. They're showing no symptoms and would be of very low risk of having ever come in contact with anybody."

Visitors who were at Whisperwood on June 30 are also being contacted to arrange for testing.

"We can be proud of how we have worked together to limit the spread and impact of COVID-19," Morrison said. She reiterated that none of the new cases are related to seasonal residents or the newly opened bubble.

"All of the cases are related to Island residents, and in some way, related to travel outside the province."

The laboratory at the Queen Elizabeth Hospital tested 406 swabs on Saturday, a record number for a single day in the province.

Morrison said the contact tracing for the two new cases in the cluster has begun. She also said they are working with public health in Nova Scotia to follow up on the origin.

"At this point there is no evidence of community spread ... and the risk of transmission of COVID-19 in the province remains low," she said. "Contact tracing within 24 to 48 hours of diagnosis is key to contain the spread of COVID-19."

The Whisperwood employee identified nine close contacts. Morrison said all of these contacts have been tested and are negative, and added that all nine individuals will remain in self-isolation for 14 days and be contacted daily by Public Health.

The other case announced Saturday, the fifth in the province, is distinct from the other four. He is a man in his 50s, is an essential worker and self-isolated after travelling outside of the province.

At Sunday's briefing, Morrison said he is still self-isolating, as is his sole close contact.

Nicola MacLeod is a reporter with CBC in P.E.I.

With files from Carolyn Ryan and Tony Davis