Former lobster fisherman Eric Wagner liked making beer so much as a hobby, the self-taught brewmaster decided to make it into a business.

Former lobster fisherman Eric Wagner liked making beer so much as a hobby, the self-taught brewmaster decided to make it into a business.

Moth Lane Brewing in Murray Road, P.E.I., just outside Tyne Valley, will be the first microbrewery in Prince County.

Although it's faced delay after delay for months, Moth Lane is finally poised to open before Christmas.

"Everything here is local, everybody that worked here was local," said the burly, bearded Wagner proudly as he showed us around his refurbished building full of shiny stainless steel vats and taps and copper plumbing lines, manufactured on P.E.I. and installed by local tradespeople. 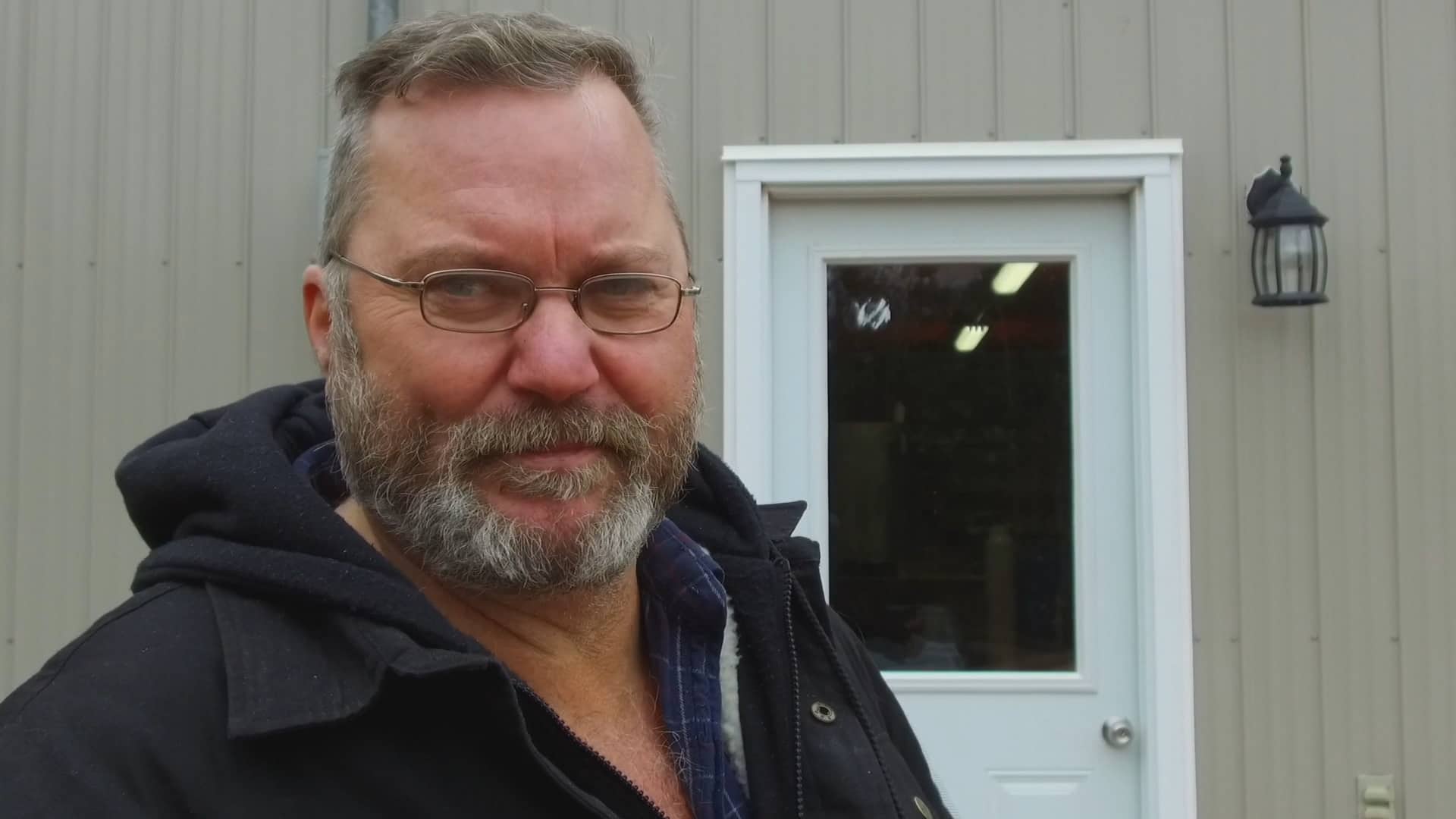 The building is a former shellfish business Wagner opened about 25 years ago and ran for several years before he became too busy fishing and managing a local co-op.

"I used to drive by this place quite often thinking, what the heck am I going to do?" he said.

"When I came up with the micro-brewing idea, it lightened my heart a little bit, knowing I'll put this building back to use," he said. He's expanded it, adding a large deck where customers can enjoy their drinks in summer along with the beautiful view of Conway Narrows on the Island's North Shore.

'We want people to come out here'

Inside the pub, with space to seat 50 people, is lined with sweet-smelling pine and plenty of windows, and features blackboards on all the walls where customers will be encouraged to sign their names.

"We want people to come out here. West Prince is off the beaten path in the tourism industry, so I'll give them a reason to come up here."

The beer is brewed on the lower level, down a flight of stairs lined with 58 beautifully-stained spindles shaped as paddles. "Pinterest is a great thing for ideas to do things," Wagner said of the decor.

Wagner fished lobster for about 35 years but wanted to try something new, so the 54-year-old sold his lobster gear and threw himself into developing Moth Lane — an endeavour and an investment that's been bigger and tougher than he thought.

Wagner had originally planned to open the brewery to the public in June, but faced several delays with shipping and installing equipment as well as all the paperwork and permits needed for building and product safely.

He'd even placed an advertisement in the local tourist guide this summer, which brought people daily to his door. He'd show them around the unfinished space but had no beer to sell them.

"I ran out of money at one point and had to go find some more," he said. He didn't want to rush, though, and sacrifice the quality of the product.

"It probably worked out for the best. It was a headache, though."

There's WHAT in my beer?

The ingredients are basic: malted barley and hops. For Moth Lane Stout, Wagner adds a peck and a half of oysters to the ale recipe. Yes, shellfish.

"Even some of the shell material [from the oysters] helps bring out the flavour of the hops," he said. "It has a small briny nose ... I have big plans for that stout."

"There's just enough in there to give it a sense of place," he said — something that's important to him, as someone whose family has lived on P.E.I. for many generations.

Wagner received $25,000 from Innovation PEI through the Ignition Fund, a competition for entrepreneurs seeking startup funding, a win he said "was a great feeling."

"I think we'll do fine," Wagner predicts of the business. "It looks like it's going to be very well-received."

"Craft beer is tourism today," he said. "People are searching out craft breweries, trying their beers, getting to know the people and probably getting to know some of the area they're in."

He has agreements in place with several local restaurants to sell his products.

There are currently three other small breweries on the Island: the P.E.I. Brewing Company and UpStreet Craft Brewery, both in Charlottetown, and Barnone Brewery and Hop Farm in Rose Valley, P.E.I.

With files from Pat Martel