Sumner Matheson was tending to his garden outside his home on the Appin Road in Bonshaw, P.E.I. when he discovered something huge. 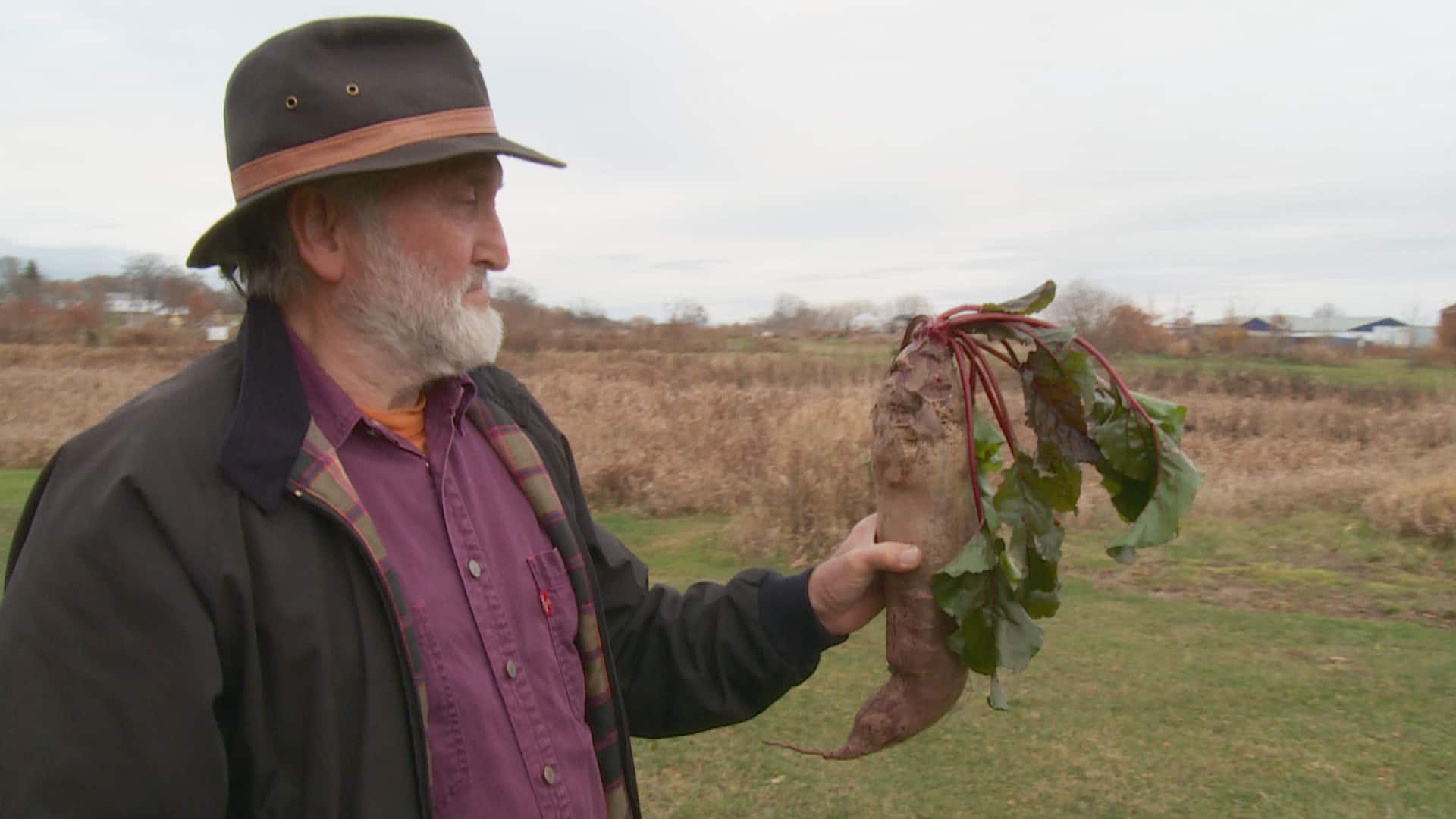 2 months agoVideo
1:05
Sumner Matheson of the Appin Road guesses it's about four pounds, or enough for 10 meals. 1:05

Sumner Matheson was tending to his garden outside his home on the Appin Road in Bonshaw, P.E.I., when he discovered something huge.

"I harvested some of my garden," Matheson said. "The beets are usually last and the carrots. And, anyway, I ran into something interesting. I noticed one pretty large."

It's the biggest beet he has seen in his 30 years of gardening on P.E.I. Matheson hasn't had a chance to weigh the vegetable, but he estimated it is about four pounds. That's roughly 10 times the size of a regular beet.

"Maybe I shouldn't have pulled it. I could have saved it for seed next year," Matheson said.

People getting 'quite a kick out of it'

The seeds came from the Home Hardware in Sherwood, so Matheson took the beet back to show store employees.

"I had it over there and they got quite a kick of it and they took a picture of it."

He planted his crop in May and took up the beets and carrots only Wednesday. No pesticides were used in the growing of the beet — just a little bit of lime and some compost, Matheson said.

He didn't think about looking up what the world record is for the largest beet.

"Too much hassle, I would think," he said.

The heaviest beetroot was weighed in the UK in September 2019, coming in at 23.995 kilograms (52 pounds, 14 ounces), according to Guinness World Records.

Matheson eats the vegetables he grows, but isn't optimistic the large beet will taste the best.

"It might be tough," he said, but added the beet will compensate for that by going a long way. "There is probably about 10 meals in that."