ATV Federation reminding members to be careful around horseback riders

The P.E.I. ATV Federation is reminding its members to be careful when they come upon people riding horses on the Island's narrow dirt roads.

The P.E.I. ATV Federation is reminding its members to be careful when they come upon people riding horses on the Island's narrow dirt roads.

"When you meet a pedestrian or a horse or a jogger or a walker you have got to make sure they see you first of all and they are aware you are there," says Peter Mellish, executive director of the federation.

He said some ATV riders may not know what to do when they meet up with someone on horseback. He said because of COVID-19 more people are out with their four-wheelers — and he wants to make sure everyone knows the rules.

Mellish said there is an easy saying ATV riders should think of when it comes to horses on the road. 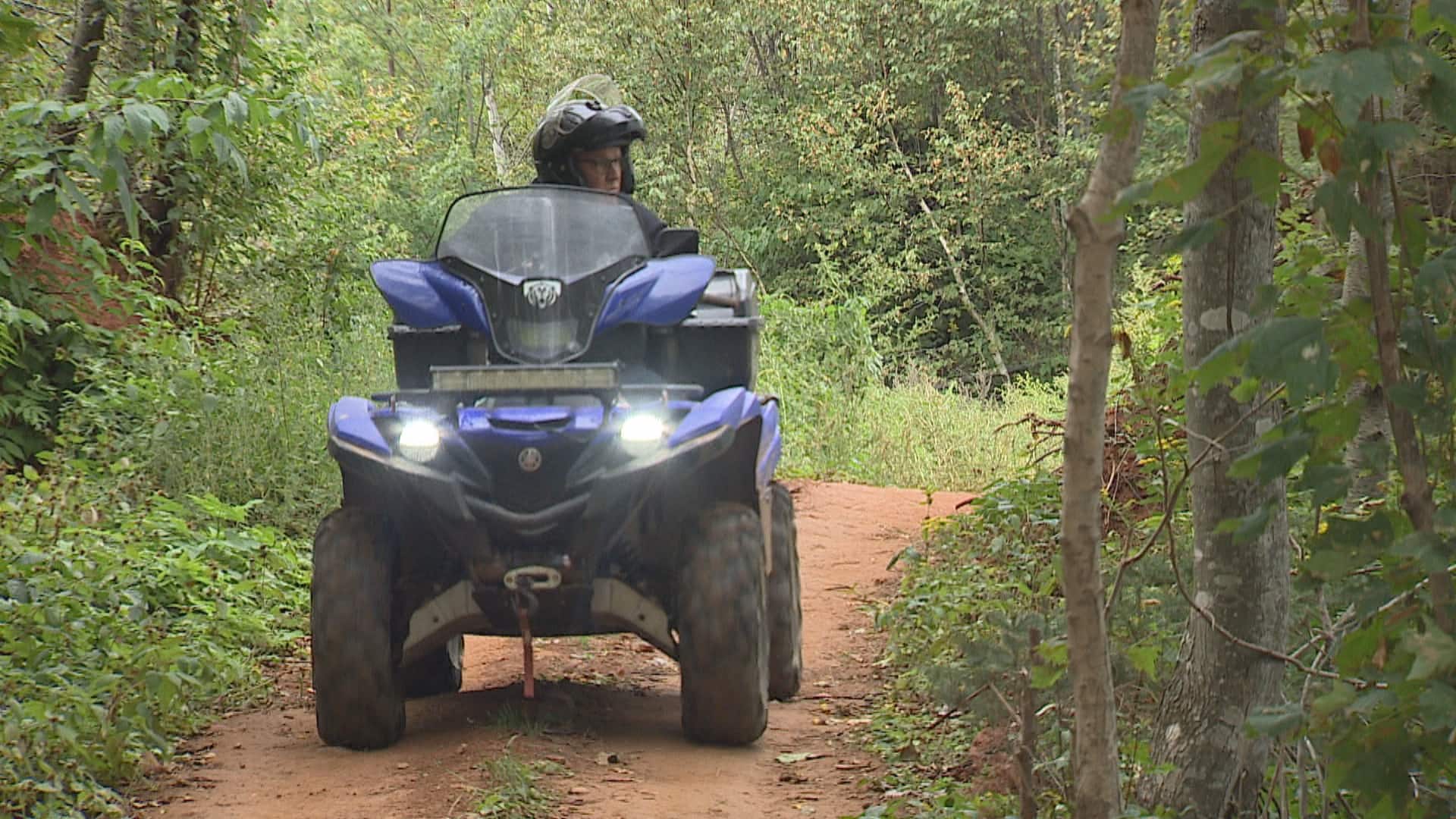 6 months ago
1:49
The P.E.I. ATV Federation is reminding members to be careful around horses. 1:49

Mellish said when approaching horses those on ATVs should pull over to the side of the clay road, leave room for the horse to get by and shut off the machine.

"You take your helmet off and you make eye contact with the rider. And the riders, generally, the horse rider, will tell you what they would like you to do....  It may be a newer horse that's not trail experienced that may get startled and frightened," he said.

Mellish's daughter used to ride horses. He said because of that he is aware of what can happen if a horse is spooked.

"It's just about paying respect to a 1,300 pound animal that can sometimes do what it wants to do," he said.

Pearl Macgregor is a certified riding coach and horse trainer. Her farm is just off the Clyde Road — a dirt road in Hazelgrove.

"We walk the horses down the road to get to our riding ring from the stable area so we do encounter ATV traffic quite frequently," she said. "For us it is really important that the ATVers are very aware of us on the road."

Macgregor said ATV riders who see someone riding on horseback should slow down right away.

"There is only so many places a horse can go when they are scared.... They could jump off the road and not really think of where they're going," she said.

"There's definitely a concern for safety for both horse and rider. And obviously if they ever jumped in toward the ATV it could be a big concern for the actual ATV rider's safety as well."

Some riders and horses may be nervous or new to riding on clay roads and ATVers should try and read the body language of those on horseback, said Macgregor.

"If they are nervous and they are sending signals … or if they are at all wary of the situation really just being respectful of that space," she said. "The more space you can give them on the road — the better."

Macgregor said, for the most part, the lone ATV riders she has run into know what to do when they approach someone on horseback — but there are some issues when groups gather.

"When they are in groups of three — four, sometimes as many as 10 and 15, they do speed down here quite loudly and quickly. We actually have a 'Caution Horse Crossing' sign, and so when they do that it does actually surprise me that they are not slowing down for the sign when they see it," she said.

The federation said it tries to work with people to solve any issues that come up.

The post the ATV group wrote on Facebook reminding its members of the rules received positive feedback from both ATV and horse riders.