About 60 people gathered outside Summerside City Hall on Tuesday evening to demonstrate against racism.

About 60 people gather in 2nd protest on P.E.I. in a week 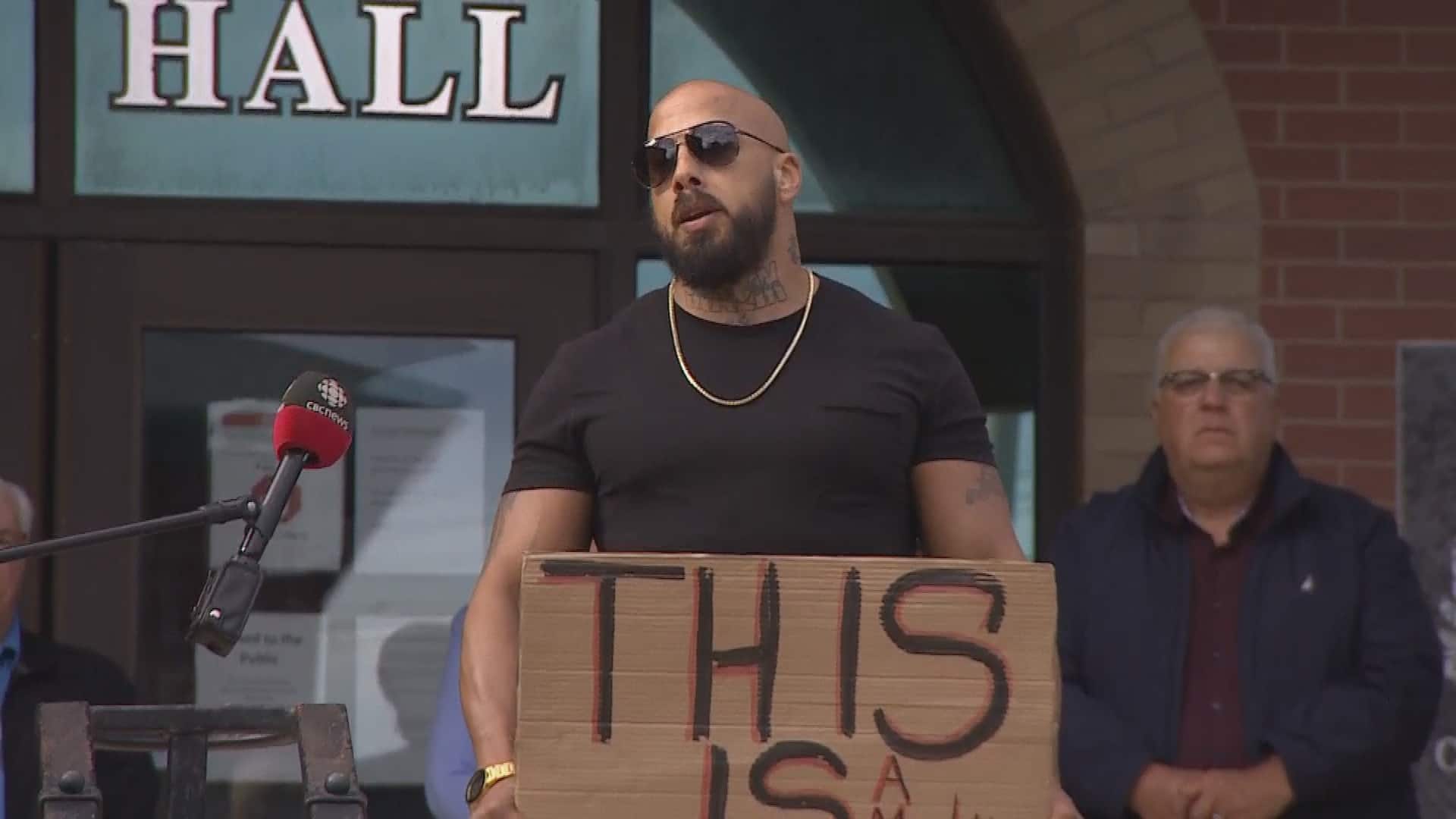 6 months agoVideo
1:43
'I've seen and went through some things that some of you had the privilege and luxury not to go through,' says J.J. Bernard 1:43

About 60 people gathered outside Summerside City Hall on Tuesday evening to demonstrate against racism. Many had marched from several streets away.

The crowd heard impassioned speeches from people who spoke about being victims of racism.

Tara Reeves said she grew up in Summerside as one of the only people of colour in her schools and wouldn't "wish that for anyone else."

She spoke to the crowd in Summerside and called on government leaders to implement an anti-racism curriculum.

"What are we doing in our communities so that we don't have people like me running around in the streets with their afro blowing in the wind being called a n--ger? Yes I said it. It makes you uncomfortable, doesn't it? So picture five-year-old me, same face, I got a little taller, these are the things I faced on these very streets."

She also attended the march in Charlottetown against anti-Black racism last week.

18-year-old Andrew Morrison who organized Tuesday's event said Summerside residents want to voice support for Black communities everywhere. "My objective here is to demonstrate and spread the word about racism and discrimination. It should not be tolerated in today's society," he said.

While addressing the crowd, Reeves said she was thankful to see those who turned out to show support and recognized Morrison's intentions were good. But, she said more steps should have been taken to include more members of the Island's Black and Indigenous communities.

J.J. Bernard also spoke to the crowd. He said he has been mistreated by police in the past for no reason.

"I know what racism is, I've been there," said Bernard, who described himself as a 41-year-old Afro-Indigenous Canadian. "I've seen and been through some things some of you have had the privilege and luxury not to go through."

I've seen and been through some things some of you have had the privilege and luxury not to go through— J.J. Bernard

It was the second anti-racism demonstration on P.E.I. On Friday, thousands marched on the streets of Charlottetown.

The protests are part of a world-wide anti-racism movement that began with the death of George Floyd on May 25 in Minnesota. A white Minneapolis police officer who was videotaped pinning Floyd, a Black man, to the ground with his knee on Floyd's neck has been charged with second-degree murder. Three other officers were charged with aiding and abetting.

Bernard said it's important to stay focused on the movement. He said "everybody in humanity" knows that all lives matter, but this is a time to address the unjust treatment of Black and Indigenous people.

Summerside police chief Dave Poirier spoke to the crowd. He said people are right to be upset and outraged. He also said most police officers do a good job and want to do what's right.

With files from Brian Higgins, Cody MacKay and Danny Arsenault