P.E.I.'s health minister says he plans to table new legislation on Friday to address what he says in an alarming increase in the prescribing and dispensing of narcotic pain killers.

Prescribed narcotics in P.E.I. up 17% in four years 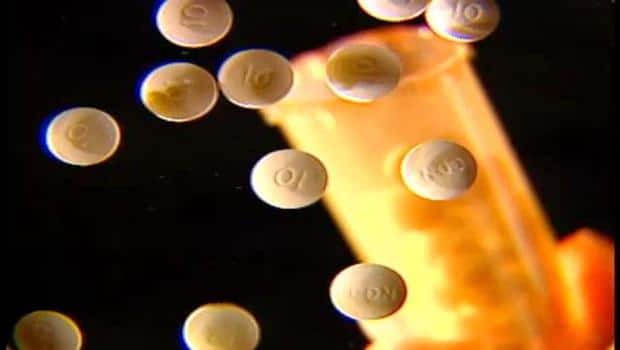 8 years ago
1:50
P.E.I.'s Health Minister Doug Currie will be tabling legislation later this week that will clamp down on increasing prescription painkiller use. 1:50

P.E.I.'s health minister says he plans to table new legislation on Friday to address what he says in an alarming increase in the prescribing and dispensing of narcotic pain killers.

Health Minister Doug Currie said he's spoken to front-line workers and police who say the province has a serious problem with narcotics addiction.

Over the past four years, the average increase of those five prescribed drugs, has gone up by more than 17 per cent.

Last year, 1.8 million tablets of Percocet were prescribed, along with 1.2 million Tylenol 3 and more than 900,000 tablets of Dilaudid.

"I've got some very serious concerns and I'm going to bring in a very aggressive surveillance and monitoring of why is that volume of narcotics and opiates increasing in the province," said Currie.

CBC News has learned the new legislation will allow the province to hand out fines to physicians, dentists or pharmacists who aren't keeping proper records. It will also allow the department to share information with those professions' regulatory bodies or with the police.

"We can go in and target where the prescriptions are coming from, which pharmacists, which physician and what community," said Currie.

"So it's a more targeted approach to seeing where the volumes are and starting a conversation with those pharmacists and physicians about why are we seeing such large increases."

P.E.I.'s problem with painkiller addiction is also due to illegal drugs that come from out of province, said Currie.

He said it's something that's hitting home with many Islanders.

"There's not a day goes by without as minister I don't get a phone call from a mother or a family that's been devastated with narcotic addictions here in the province," said Currie.

Neila Auld, registrar of the P.E.I. Pharmacy Board, said the group welcomes the new legislation. It gives authorities more access to information and opens the door to curb the diversion and abuse of narcotics, she said.