It wasn't a bird, or a plane, or superman that streaked across the skies of Charlottetown last Friday night, but it was the colour of kryptonite and it was from out of this world. 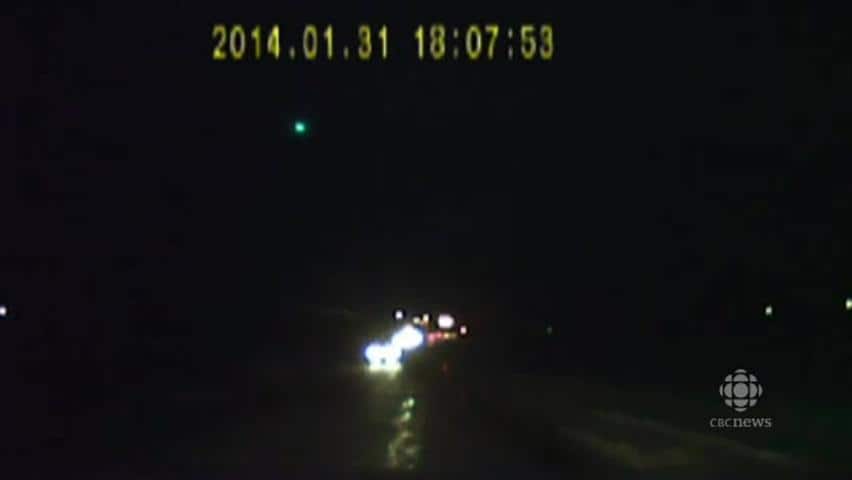 It wasn't a bird, or a plane, or superman that streaked across the skies of Charlottetown last Friday night, but it was the colour of kryptonite and it was from out of this world.

Greg Tingman spotted the green light streaking across the sky behind the Charlottetown Mall Friday.

"I was kind of excited that I had my camera on. It was pointed in the right direction. We were on a road with a bit of an upward incline so definitely all good timing," he said.

He shot the above video on his car's dashboard camera — a camera he only received at Christmas time after seeing a massive meteor hit Russia last February.

"Saw that on the news and YouTube and thought it might be neat to have my own camera so my daughter bought it for me for Christmas," he said.

Tingman just didn't expect to capture a meteor so soon, if at all.

"Certainly, you know, how often are you going to come across a meteor maybe a few times in a lifetime and be lucky enough to have a camera so it was just kind of a coincidence," he said.

It may have been a coincidence but Megan Glover, an instructor and technician in the physics department at UPEI, said small meteors like the one Tingman shot are not uncommon.

"The larger scale ones that are really fabulous to see and potentially dangerous are fortunately less frequent," she said.

Glover said it's unlikely the meteor caught on camera landed on earth.

"It takes a fairly large meteor to leave any fragments behind which we then call meteorites so this is probably one that mostly burnt up," she said.

Glover said the meteor likely contained some nickel, which explains the green colour.