Maritimes to 'pay a price' under Ottawa's health plan

The federal government's plan for Canada's health care system will hurt the Maritime provinces and usher in private health care, claims the Council of Canadians. 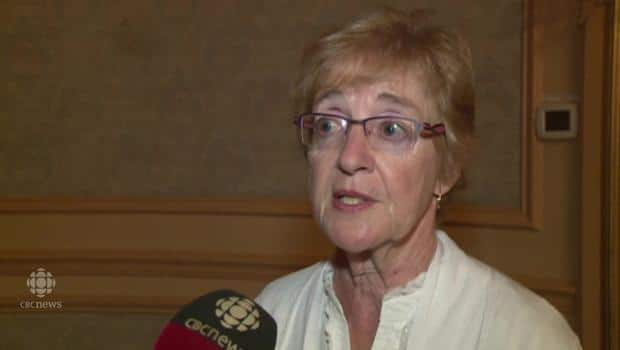 6 years ago
1:43
Maude Barlow, Council of Canadians national chairperson, is asking the premiers to demand Ottawa reverse its decision to pull out of health care funding and regulation. 1:43

The federal government's plans for Canada's health care system will hurt the Maritime provinces and usher in private health care, says the Council of Canadians.

The national social policy group is calling on provincial and territorial premiers to demand that Ottawa change its position.

The provinces that perhaps would need the funding the most are going to pay a price.- Maude Barlow, Council of Canadians

The Canada Health Accord — worth $41 billion over the past 10 years —- expired in March. The federal government says it will continue increasing transfer payments to the provinces by 6 per cent a year until 2017. After that, funding increases will be based on nominal GDP growth but will be guaranteed to be at least 3 per cent annually.

Maude Barlow the council's national chairperson, was on hand for a meeting on the future of health care in advance of the annual premier's conference in Charlottetown, P.E.I.

"The Harper Government is planning to take many billions of dollars of federal money out of the health care system, basically turning it over to the provinces," said Barlow.

"They've allowed the ending of the provincial-federal health accord which means that dialogue is no longer taking place and we're here to urge the premiers to not allow and not accept the federal government leaving the stage here."

"So the provinces that perhaps would need the funding the most, having the most poor, perhaps the highest unemployment are going to be having to pay a price," she said.

Barlow worries that paves the way for private health care.

However, in an email to CBC News, Federal Minister of Health Rona Ambrose's office says the government is providing the highest recorded health transfer dollars in history to provinces and territories.

"This record funding will reach $40 billion annually by the end of the decade and provides stability and predictability to the system. Since we formed government, health-care transfers have increased by almost 50 per cent. The fact is that health transfer dollars are the highest they have ever been in Canadian history, and will continue to grow by at least 3 per cent per year."

P.E.I. Premier Robert Ghiz says the best way to get the federal government to commit to more stable funding is to elect a new one.

"If Canadians believe that health care is vitally important, look for that federal political party, next general election that's going to put health care at the top of the agenda," said Ghiz.

Health care and aging with a focus on long-term care and innovation will be the main topic of discussion for the premiers on Thursday.