A community group in Lower Bedeque, P.E.I., is looking for ways to attract more visitors to the schoolhouse where Anne of Green Gables author Lucy Maud Montgomery once taught.

Lower Bedeque Schoolhouse operates on less than $2K a year

A community group in Lower Bedeque, P.E.I., is looking for ways to attract more visitors to the schoolhouse where Anne of Green Gables author Lucy Maud Montgomery once taught.

Montgomery taught at the school for only six months in 1897 before returning to Cavendish to care for her elderly grandmother following the death of her grandfather.

The volunteer board operates the Lower Bedeque Schoolhouse on a budget of less than $2,000 a year, which comes mainly from visitor donations.

The group also receives government funding for two summer students, meaning the only months they can keep the schoolhouse open is July and August. 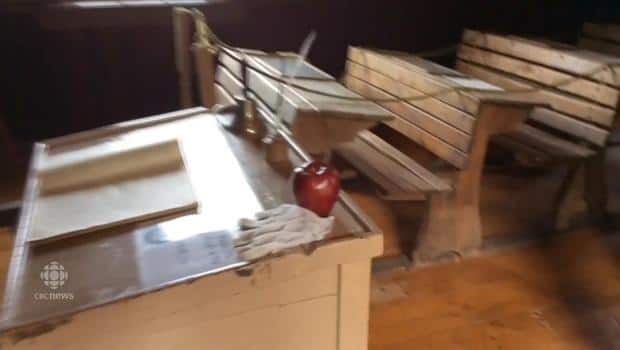 L.M. Montgomery: Of school and scandal

5 years ago
1:26
L.M. Montgomery's diaries reveal that, while engaged, she had a love affair with a man whose family lived across the street from the Lower Bedeque schoolhouse where she taught. 1:26

Board co-chair Mary Kendrick says her group can't afford a website for the schoolhouse, which she says would raise the site's profile.

"We are quite a distance from all of those Anne locations. So if there's an extreme fan of Lucy Maud, they will seek us out and find us. But because we haven't had the funds to be able to create our website, we need more dollars to be able to get ourselves marketed better."

Laurie Carruthers, who runs Fun P.E.I. Tours, specializing in visitors from Japan, has been bringing visitors to the schoolhouse since 2007. But she says they usually end up just looking through the windows.

"You're bringing these people from Japan to see the schoolhouse and you're like, 'Oh no, it's not open,'" said Carruthers. "It's disappointing for them. It would be nice if it was open more."

When her journals were published, Montgomery revealed that she had a secret love affair, while engaged, with a man named Herman Leard, whose family owned the home across the road from the schoolhouse. Montgomery lived in the house during her time in Lower Bedeque.

"He was supposedly the love of her life," she said.

Montgomery broke off the relationship and Leard died the following year of influenza, says Edgcomb.

Carruthers says many of her Japanese visitors know the Leard story and want to see the schoolhouse.

She says she would be willing to pay an admission fee, especially if it meant the building would be open more.

The board is considering charging admission and is meeting with the Bedeque Area Historical Museum and the Friends of the Seacow Head Lighthouse to work together next season, with the hopes of keeping all three community attractions open for longer.