P.E.I. fishermen vote this week on whether to accept a one-cent-a-pound levy on every lobster landed that would go into a new marketing campaign to push up prices.

1 cent a pound would go toward campaign to increase prices 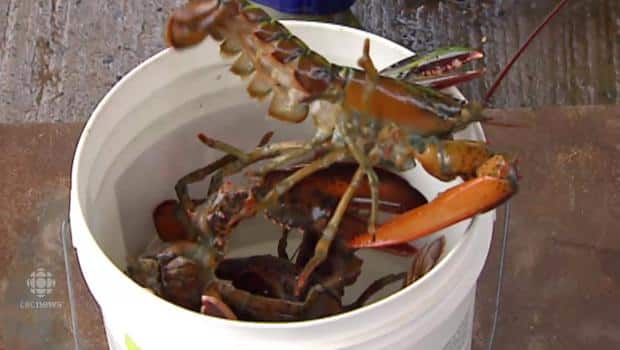 6 years ago
2:09
P.E.I. fishermen will vote this week on accepting a levy of 1 cent per pound on every lobster landed that would go toward marketing of Maritime lobster. 2:09

P.E.I. fishermen vote this week on whether to accept a one-cent-a-pound levy on every lobster landed that would go into a new marketing campaign to push up prices.

The levy, a recommendation of the Maritime Lobster Panel, needs a majority vote of support.

'We need marketing, there’s no question about it, to get out of the low prices that we’re in now,' said Mike McGeoghegan, past-president of the P.E.I. Fishermen's Association.

'We would much sooner see fishermen cough up a few cents a pound that will to go toward the workers.- Shane Clinton

"We have to do something different than what we’re doing right now. What we’re doing is not working. If it was, the price would be up where it’s supposed to be.”

About 1,260 Island fishermen are eligible to cast a ballot. Voting closes Friday.

But some fishermen, like Shane Clinton of Souris, are opposed to the idea and say a levy should be used to solve a labour a shortage in processing plants.

"I think most fishermen in our area are going to vote against it," said Clinton. "We would much sooner see fishermen cough up a few cents a pound that will to go toward the workers. Give the workers a decent wage."

Fisheries Minister Ron MacKinley has been pushing for the levy. He says there was an earlier vote among fishermen from the north end of the Island that was in favour of the levy.

"There’s some negative, but you’re going to have 25 per cent negative no matter what takes place," said MacKinley.

The PEIFA says if there's enough support, a marketing board would be established, which could take a regional approach if all Maritime fishermen buy into it.

"There would be different stages to this," said PEIFA executive director Ian MacPherson.

"The next step would be for us to go to the membership again and see if they would support forming a marketing board and we would have a business plan laid out and a set of bylaws and a very clear direction in terms of where the funds would be allocated."