'That speed is unbelievable': Take a slide on a P.E.I. ice boat

Ever wonder what it's like to ride on an ice boat, just a few centimetres above the ice? CBC's Pat Martel wondered, but decided to take us on a much slower ride.

You might wonder why anyone would want to skim across the ice at 100 km/h, but Doug Gaudet of Charlottetown can't imagine not doing it every chance he gets.

"When you get good ice and your ice boat is working really well, the speed is unbelievable going across the ice when you're laying down about eight inches off the ground," he said.

He's been ice sailing for the past 30 years — when the weather allows.

I've known Doug since high school, and we've been talking about my going out on the ice with him to shoot video for the past three years, but the weather and schedules didn't allow for it — until recently.

So with helmets, protective gear and insulated clothing, we prepared to hit the ice. I hoped, not literally.

The boat isn't built for two, so I clung to the mast with my camera. 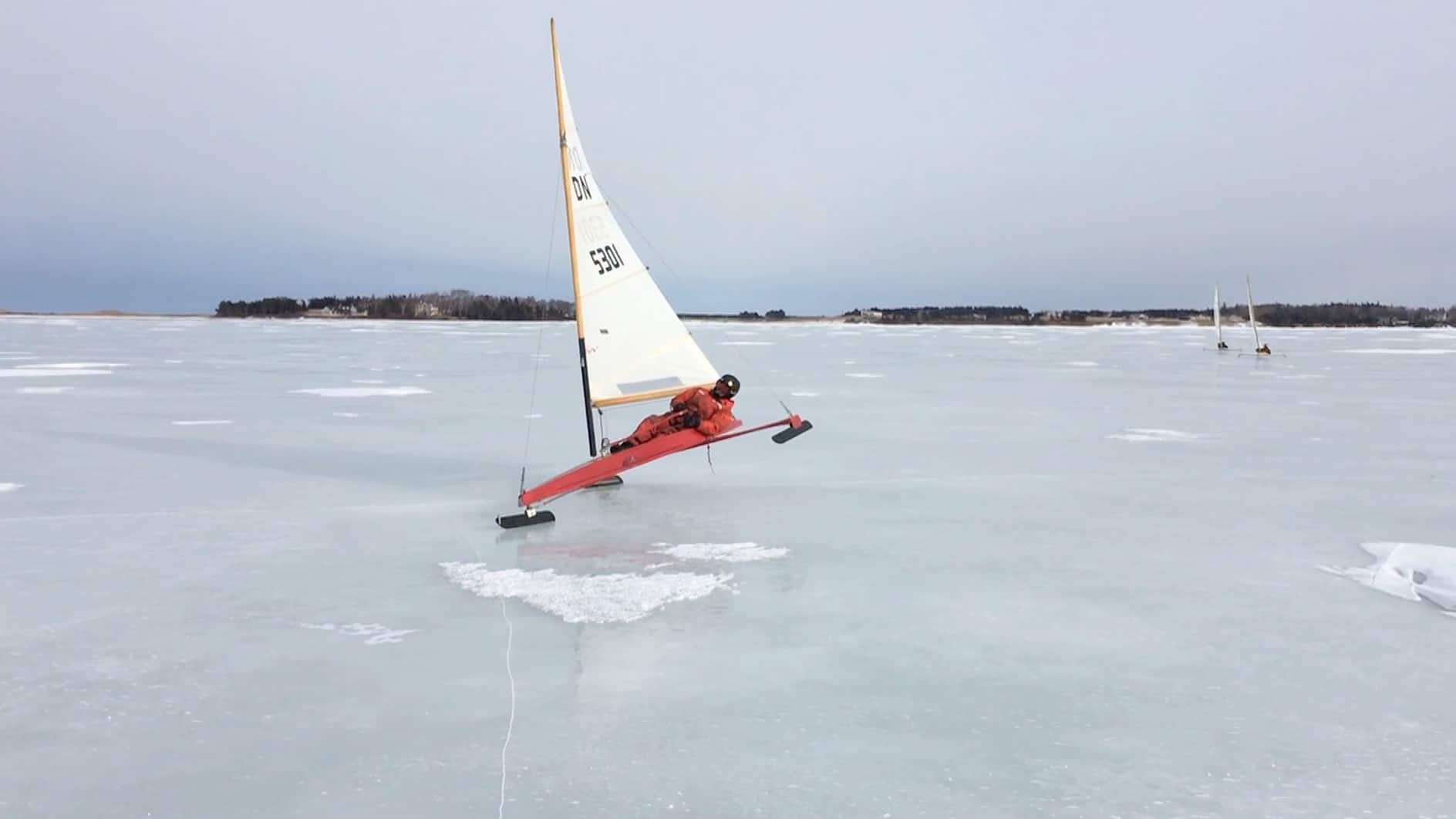 Through ice and wind

"Your runners are making a noise on the ice and the wind through the rigging at that speed is unbelievable."

That last statement makes me a bit nervous, so I ask Doug what happens if the sail tips over.

"Most of the time all you do is you roll out of the ice boat and you slide along the ice until you come to a stop," he said.

"Usually more embarrassing that it is hurtful."

Close to the ground

So with that, we're off for a little spin.  Because we're so close to the ground, it seems we're going faster than we are. The other boats whiz by.

And before we know it, we're back.

Doug says we were lucky to have such good ice boating weather. This has been the best winter in five years.

The recent snow storms on P.E.I. may have put an end to the what has been a great season — at least for now.

"Last year it snowed right at the first of the year, and it never let up and we only got maybe a week to ten days of sailing at the end of March when things are melting and then the ice becomes questionable," he said.

"We can't sail in any kind of snow, maybe an inch or so but after that it gets pretty hard to sail."

Where it all began

Before heading out on P.E.I.'s North Shore, I asked Doug how he first got interested in this sport thirty years ago.

"Well, I started sailing on water after university and a friend of mine had plans for an ice boat and I just thought the idea of going that fast would be phenomenal," said Gaudet.

"So I took the plans home and I started to build an ice boat."

Doug looks back with fondness to the first time he took a sail in his homemade ice boat.

"I was hooked. I thought, 'This is great.' It was very cold the first day, but three of my friends were interested, they came with me, they started building their ice boats the next year."

"My sailing friends in Nova Scotia make fun of me, because they wonder if I brought it from the Museum of Prince Edward Island Sailing. It's so old."