A unique tourism campaign for Prince Edward Island has giant lobsters sitting on the top of several bus shelters throughout the city of Ottawa. 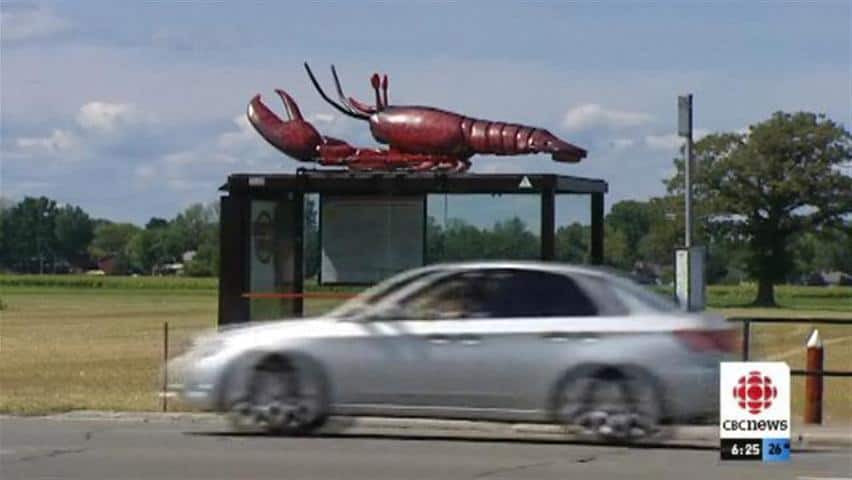 Case of the lobster cracked

A unique tourism campaign for Prince Edward Island has giant lobsters sitting on the top of two bus shelters in the city of Ottawa.

The crustaceans take up the entire roof and are interactive, speaking to people as they enter the bus shelters.

The lobsters are trying to bait people to travel to P.E.I. to try the Island's culinary delights, including, of course, lobster.

"Every third message is a call to action to go to the Fall Flavours website. And all the other messages really focus on our key areas that we always look to sell. So golf, culinary, culture," said Brenda Gallant, director of marketing for Tourism PEI.

"Just sort of the lobster telling you a little bit about P.E.I., but doing it in a really fun way. There are little jokes from within as well. It's a fun campaign."

As marketing budgets get tighter, Gallant says the need to be creative with tourism campaigns is increased.

Gallant says the Ottawa market was targeted because of the direct flight coming into Charlottetown.

The giant lobsters will be hanging out on the Ottawa bus stops for the next four weeks.