Holland College is pushing for a relaxation on national rules to allow it to accept more international athletes on its sports teams. 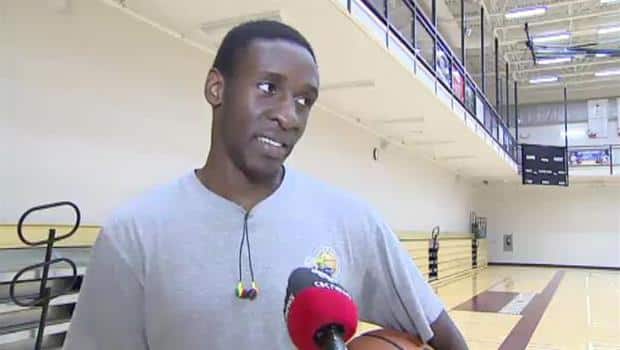 Holland College is pushing for a relaxation on national rules to allow it to accept more international athletes on its sports teams.

The Canadian Collegiate Athletic Association, the body that regulates college varsity sports, limits the number of foreign players on each team roster. The rule is meant to prevent schools from gaining an unfair advantage.

Michael O'Grady, Holland College vice-president, is back from a recent trip to Ottawa, where he met with the Canadian Civil Liberties Association.

He thinks the rules are discriminatory.

"Certainly, we have lots of times where there's been more international students interested in playing on the team, where we've either had to cut them or sit them out come game time," said Whitty.

Meanwhile, Samuel Opel, from Kenya, said he's not sure he will be able to shoot hoops with Holland College's basketball team this fall because there's only room for two international players.

"I'd say it's a tough sport for anyone. Everyone has to fight for it, but I'd like for everyone to get a fair chance," said Opel.

The Canadian Collegiate Athletic Association will vote on a motion to extend restrictions to other varsity sports this week.

Holland College and the Civil Liberties Association hope that will be defeated.