Being Black in P.E.I.: What Elizabeth Iwunwa wants Canadians to understand about the Nigerian civil war

Elizabeth Iwunwa of Prince Edward Island was born well after the Nigerian civil war ended in 1970, but her family still carries the scars. As she shares her family's story, Iwunwa says it's important to find peace within ourselves and extend that peace to others. 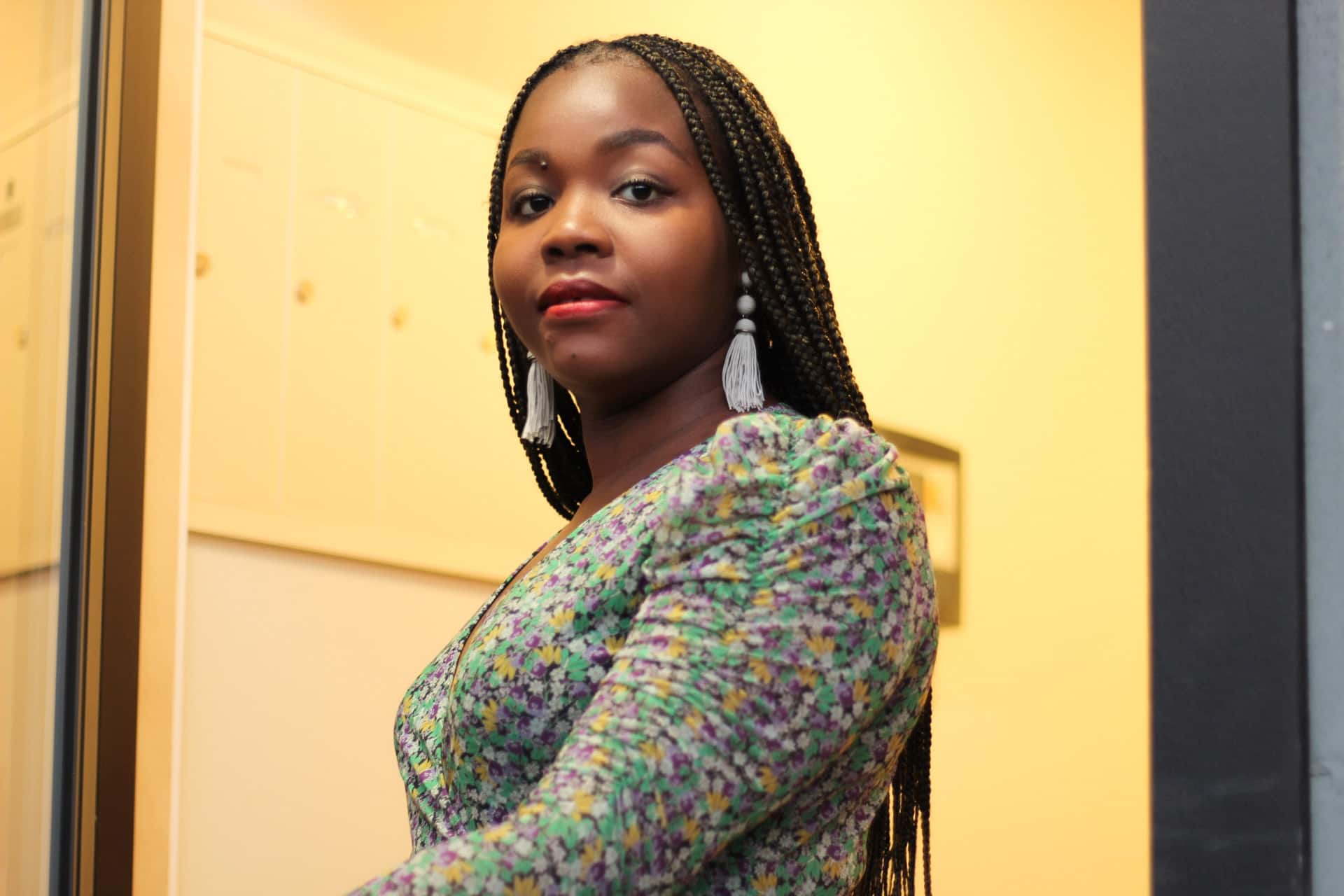 21 days ago
3:49
Elizabeth Iwunwa was born well after the Nigerian Civil War ended, but her family still carries the scars. 3:49

This column is an opinion written by Elizabeth Iwunwa, who has been living, studying and working on Prince Edward Island since 2014. For more information about our commentary section, please read our FAQ.

The victims of war are not only the soldiers who lose life and limb, but also the people who suffer pain, the destruction of their life's work and the realization of what fellow human beings are capable of.

My father is one of such. My mother too, but mostly my father, for he was a child conscious of his surroundings when the Nigerian civil war began.

He was only five years old.

Let us remember to first find peace within ourselves and extend it to all whom we call neighbour.​​​— Elizabeth Iwunwa

This war, often called the Biafran war, was the most fatal perpetration of Black-on-Black killing in Africa before the Rwandan genocide.

It began in July 1967, ended in January 1970 and tainted Nigeria's newborn independence of seven years.

One nation in word only

Nigeria began as a British colonial experiment. Following the amalgamation of the northern and southern protectorates in 1914, tensions between the north and the south began to brew. The north was home to a Muslim majority of Hausa and Fulani peoples. The Yoruba and Igbo ethnic groups lived in the southwest and southeast respectively.

I am Igbo and Christian, as were many of those who lived in the southeast.

This predominantly Muslim north and largely Christian south had enormous differences in religion, language, and culture. At this time, Nigeria had a population of 60 million people with more than 200 ethnic groups.

British imperialists gave no heed to these differences as they carved up the continent and allotted themselves portions. Nigeria's self-deliverance from British rule in 1960 had set the country on a new course. The world was watching, but a sense of nationhood was proving difficult to form, and the genuine agitation of different groups were being ignored either due to incompetence or malice.

Nigeria was one nation in word only.

A coup and a counter-coup

One day, the catalyst for the war presented itself.

They cited as their motives corruption, nepotism and an attempt to assert northern political dominance, with all its idiosyncrasies, on the rest of the country. Casualties of the coup included Prime Minister Abubakar Tafawa Balewa, Northern Premier Ahmadu Bello and their wives.

Chukwuma Nzeogwu led the coup and handed over power to Johnson Aguiyi-Ironsi. Both were Igbo and no Igbo person — including the president and the premier of the southeast region — was killed. To many in the Muslim north, this looked like a co-ordinated attempt to strip their region of power.

It did not matter in the end, as a counter-coup bloodier than the first took the lives of many high-ranking Igbo officers as well as up to 30,000 Igbos who lived in the north.

It was Colonel Chukwuemeka Ojukwu, the son of a wealthy Igbo businessman, who took the first steps to establish the sovereign state of Biafra, including minting currency and initiating diplomatic relations. Biafra represented the nationalist aspirations of the Igbo people.

My father's memory of the war is one of starvation. He ate lizards and crickets, as did other children his age.

Fathers lost their children and could not mourn because hunger took their strength. Mothers whose breasts shriveled could not give their malnourished children breast milk. Bombing and shelling destroyed everything.

My mother's family house was set ablaze — a lifetime of memories reduced to ashes. I don't know what she looked like as a baby.

No one knew where they were running to, only the sure death they were running from. People of means became destitute. Mothers abandoned crying babies to keep the cries from revealing their hiding place. Children had their education halted and received lessons while sitting on the ground under trees.

During the war, the Nigerian side reassured its citizens with the slogan "to keep Nigeria one is a task that must be done." They forgot to add "by any means necessary."

This included blockades of food and relief materials. Starvation was more powerful than guns. Up to three million people — many of them children — died in the war. Children who cheated death had protruded bellies because of kwashiorkor (a form of severe malnutrition).

Young women traded behind enemy lines. They offered cigarettes, marijuana and themselves to the soldiers for safe passage. There are stories about soldiers brutally raping and killing those who were caught. Those who succeeded brought back salt, fish, oranges, and groundnuts to sell in the market.

How I learned of the war

When my father first told us about this time, I was little. There had been a power cut where we lived, and I was sitting on the floor with my brother. My father carried my little sister.

He showed us the scar on his left arm from a queue for food in a relief camp. The jagged edge of someone's plate cut him. If he left the line to treat the wound, he would lose his chance to eat, he told us. Nobody knew when next food would arrive, so he endured.

My sister and I began to cry. He did not continue.

As a student in Nigeria, I read nothing of the war. My parents spoke about it, but not often. My mother mentioned it sometimes when I overslept. She said that if that had happened during the war, I would be left behind for being too difficult to rouse if our house was bombed and everyone had to run.

There has still not been a genuine effort at truth and reconciliation by the Nigerian government to this day, but the scars linger.

People are angry and feel trapped.

Many Igbos still feel sidelined and overlooked, especially in politics. The trauma carried over into a new generation.

No matter their status before the war began, the Nigerian government gave each Igbo family 20 pounds (worth about $35 Cdn now) to rebuild their lives when it ended in 1970.

I grew up in Lagos, in the west of Nigeria, and straddle both identities — Nigerian and Igbo. My schoolmates were from all over the country and although we sang the national anthem every morning at assembly, we did not know what it meant to be a Nigerian.

As an Igbo woman, my sense of who I am is clearer. The values and customs passed down through oral tradition ground me. I cannot say that Nigeria has given me much more than a passport. Corruption reaches high and low and every household is essentially a self-governing entity providing its own shelter, health care, education, and security.

Having learned about the war, I have grown to be suspicious of simplistic solutions.

At inception, Nigeria had difficult problems that required thorough and people-centred solutions. Those problems still exist.

The presence of war in fewer places today than at any other time in history often means that peace is taken for granted.

I moved to Prince Edward Island in 2014, and found that it lived up to its reputation as the "Gentle Island."

But when history is discussed, even if we are continents apart, there are similarities. I know that people in P.E.I. — especially the Indigenous people — have had similar experiences with colonization.

As the Island becomes home to people of different and sometimes contradictory creeds, the demands on our leaders will only grow in complexity.

Let us remember to first find peace within ourselves and extend it to all whom we call neighbour.

Are you part of the Black community on P.E.I.? Do you want to share your story with us? Send us a short video at compass@cbc.ca or CBC Prince Edward Island on Facebook, or tag @cbcpei on Twitter or Instagram.