Listen to the East Coast Music Hour, live from Charlottetown for a special show all about collaboration, as part of the Festival of Small Halls.

It was a coming-together two-and-a-half years in the making. The East Coast Music Hour was live in Charlottetown, with an enthusiastic music-loving audience, for a special show all about COLLABORATION, part of this year's Festival of Small Halls.

Six solo musicians were paired to collaborate and create, with each duo performing music from their own repertoires along with one brand new piece written for this special show.

In this episode of the East Coast Music Hour, you'll hear music by Joce Reyome and Morgan Toney, Rachel Beck and Pepeto Pinto, and Tara MacLean and Tim Chaisson. They are joined by the Small but Mighty All-Star Backing Band, Natalie Williams Calhoun on cello and Roland Beaulieu on guitar and bass. 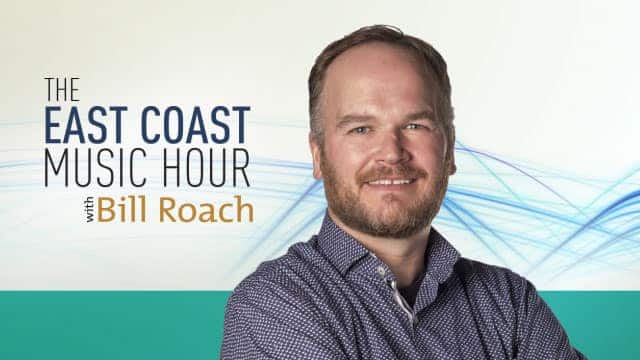 East Coast Music Hour54:00The East Coast Music Hour Live in Charlottetown: COLLABORATIONS
On this episode: Our first live show in over 2 years! We took the ECMH on the road to Charlottetown! We had a full house at the Zion Presbyterian Church who were just FULL of pent up enthusiasm. It's been 2 years after all... Our theme was COLLABORATIONS and you'll hear on stage collaborations from the powerhouse duos of Joce Reyome and Morgan Toney, Tara MacLean and Tim Chaisson, and Rachel Beck with Pepeto Pinto.

Joce Reyome and Morgan Toney paired up to blend traditional East Coast and Mi'kmaq sounds with soulful vocals and blues guitar. They perform Toney's Msit No'kmaq from his debut album, Reyome's brand new song, Grateful, and their new co-written song, No Repeats. Toney's Indigenous background and Reyome's queer identity inspired No Repeats, which explores how "the past never repeats, but it tends to rhyme."

Singer-songwriter and pianist Rachel Beck worked with professional steel drum player and instrument maker, Pepeto Pinto, to create the brand new song Fall in Love Again. The music for the song is inspired by a traditional steel pan piece played by Pinto, with lyrics about falling in love with your partner all over again by Beck. Beck's song At First Glance is also performed by the duo, along with a breathtaking original instrumental by Pinto called, Hero's Journey, with cellist Natalie Williams Calhoun.

P.E.I. musicians Tim Chaisson and Tara MacLean perform their co-written song, Empty Street, a song inspired by a text message exchange MacLean had with Canadian music producer, Daniel Lanois. The line, "the sun's coming up on empty street", helped shape the song about healing and filling up our lives again after all that we've gone through over the past few years. They also perform Chaisson's song, The Healing.