Some P.E.I. rinks have banned a noisy new youth craze called bottle flipping. The goal is to flip plastic bottles into the air, and have them land upright. But it can get chaotic when you have a dozen kids at once bottle flipping.

A new game of throwing bottles into the air and having them land upright is the latest craze with P.E.I. youth.

But "bottle flipping" can be annoying and noisy, and has now been banned in some hockey rinks on the Island.

David MacDougall, rink manager at the Pownal Sports Centre in Alexandra, P.E.I., said the bottles make a loud thumping noise when they land. 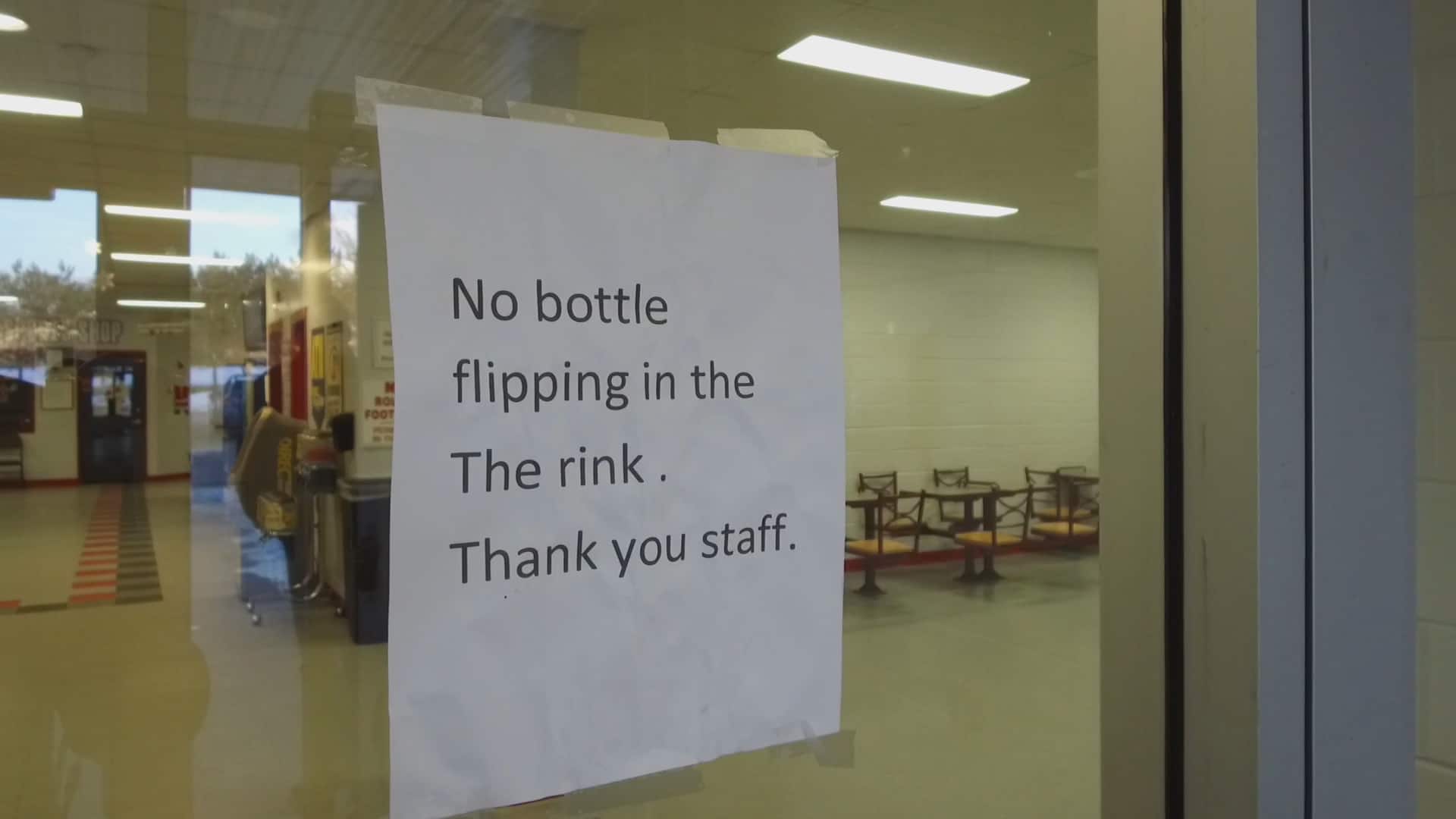 And sometimes when the kids flip Gatorade bottles the caps come off and the colourful drink makes a mess on the floor.

"People complain, too, but they are helping out, too," he said.

"They are telling the kids to stop doing it."

James O'Dell, who likes to play the game with his friends at the rink, said they don't mind the noise made by the bottles when they land.

Can be played for hours

Asked why the game is so popular, he said the game just caught on and now "everyone just does it."

Another young player, Jax MacLean, said the game is fun because it's time consuming.

"You do it for like an hour and you don't even know it," he said.

The hockey rinks are not the only place to have banned the game.

Jaime-Lyn LaPierre said her son is no longer allowed to play bottle flipping inside the house.

The constant thumping noise is annoying, she said.

"Now if he wants to do it I just send him outside," she said.

James O'Dell is not too worried, though.

He and his friends will continue to play the game under the arena bleachers and "just stay there until they find us."

With files from Pat Martel