Keeping the sky safe: A visit to the airport tower in Charlottetown

The view from the tower: Meet some of the flight service specialists at the Charlottetown airport who ensure safe takeoffs and departures 24/7.

The view is fantastic from the top of the control tower at Charlottetown Airport. At eight storeys, it's one of the tallest buildings on P.E.I.

But the NAV CANADA flight service specialists who work in the tower don't usually have much time to enjoy the scenery.

On their busiest day last summer, staff handled 120 arrivals and departures at Charlottetown airport, everything from jets to small planes.

The tower also handles all flights for the airport in Sydney,N.S, The Charlottetown crew is part of a network of operations at 55 airports across the country. They are all run by NAV CANADA , a private company, which manages the 18 million square kilometres of Canada's civil aviation airspace. 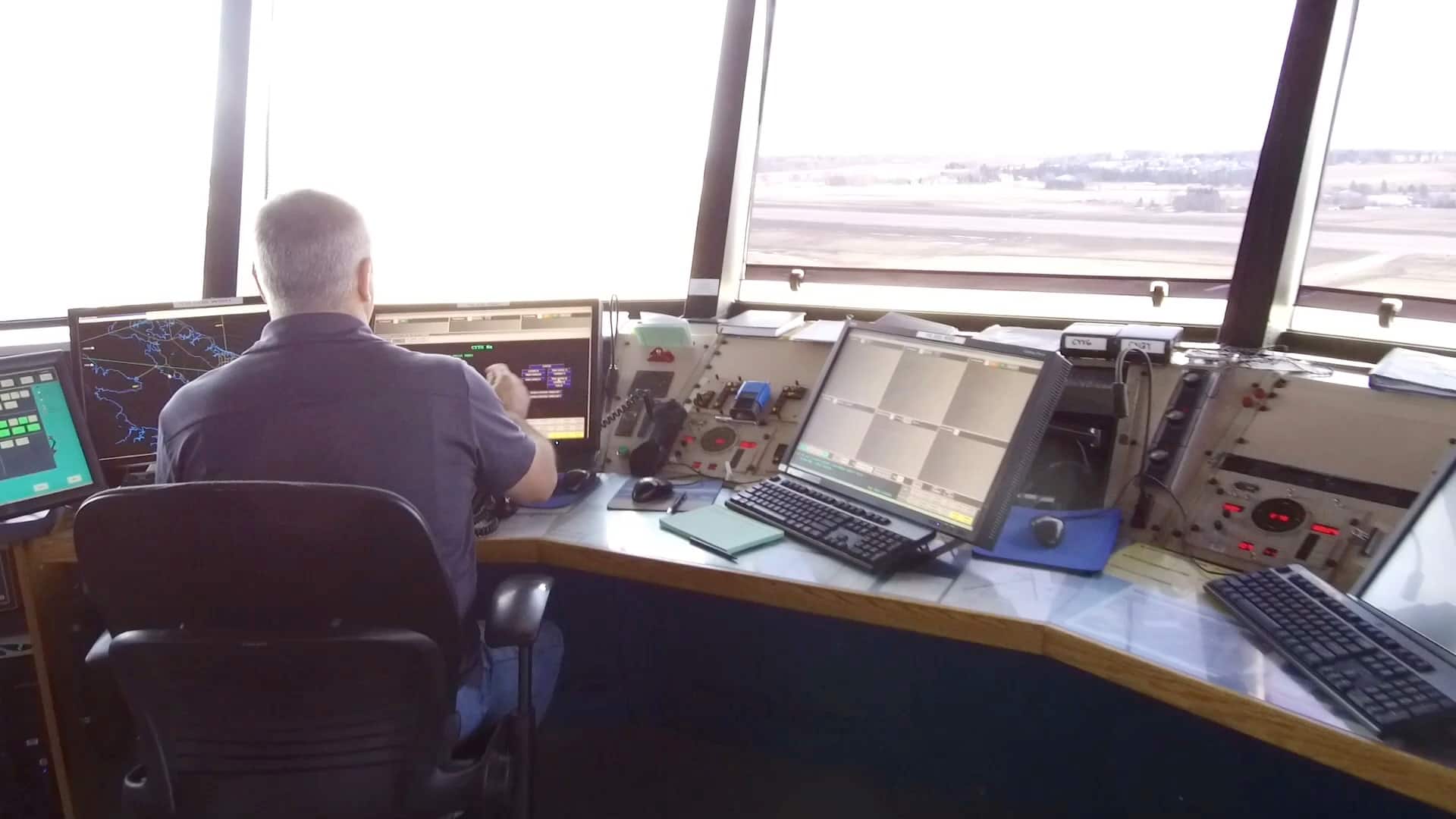 Cleared for take off. A view from the 90-ft tower at Charlottetown airport

4 years agoVideo
0:58
Cleared for take off. A view from the 90-ft tower at Charlottetown airport 0:58

The tower ensures the pilot of any aircraft within five nautical miles of the airport and up to a height of 3,000 feet (900 metres), receives the proper information.

"If there's other aircraft in the area, we provide information based on the position of that aircraft to help each aircraft get each other in sight."

Even airport maintenance vehicles are monitored.

"They need permission to go on to the taxiways or the runway," he said.

The flight service specialists also keep a sharp eye out for birds that often get too close to the runways.

"Birds and aircraft are not a nice mix," said MacLean.

"If a seagull gets ingested into the engine, it causes a possible catastrophic damage …Everyone has seen the movie Sully where the Canada geese went into both engines of the Airbus down in New York, and basically landing in the Hudson River."

A few moments later, a flight specialist spots some birds, just as a regional jet is about to take off. .

"Jazz Flight 48, Charlottetown Radio. Just a heads up for you. I'm noticing three or four crows. They appear to be about 100 feet off the left edge of Runway 21."

"Excellent. Thanks very much for the heads up," the Jazz flight responds.

If the flight service specialists see a large flock of seagull, they will advise the aircraft.

"We'll try to get the maintenance people out beforehand to disperse the birds but if there was a large flock, they may delay their approach," said MacLean.

Whether it's birds on the runway or bad weather, the job of the flight service specialist is to make sure pilots — who have the final say on take off and landing — have enough information to make the right decision.