'I told him about my problems': Priest's confession of child abuse used to boost case against Catholic Church

The confession a Quebec priest made just before he died in prison is being used by his victims to try to hold the Catholic Church accountable for decades of child abuse.

The confession a Quebec priest made just before he died in prison is being used by his victims to try to hold the Catholic Church accountable for decades of child abuse.

Defrocked priest Paul-André Harvey alleged that over a 20-year period when he served in parishes in the Saguenay region, his direct superiors were not only aware of his crimes against children, but they also enabled his abuse and covered up for him.

"I wish to inform you of the circumstances regarding the multiple charges of sexual assault over a period of 20 years," Harvey wrote in 2017. "I was a priest in many parishes in the diocese of Chicoutimi. My victims were female minors."

The lawyer for the archdiocese of Chicoutimi dismissed the confession in La Presse as "the lonely tale of a deceased pedophile who, sadly, will never be cross-examined."

But an investigation by CBC's The Fifth Estate and the Radio-Canada program Enquête into Harvey's years of unchecked child abuse raises wider questions about why police and justice officials have not pursued the church hierarchy in Canada.

Despite hundreds of cases of clergy abuse, The Fifth Estate and Enquête could not find a single case in Canada where an official in the Catholic church has been criminally charged with enabling or covering up the crimes of priests.

"There just isn't a culture in our criminal justice system in Canada," said civil lawyer Rob Talach, who has brought more than 400 cases on behalf of victims of clergy abuse in Canada.

Bruce Johnston, a Montreal lawyer representing more than 100 victims of Harvey in a class-action lawsuit against the diocese of Chicoutimi, said the church still benefits from a level of deference from all types of civil authorities.

"There's a kind of hands-off approach that was apparent among the police in the 1960s but I think even today to call to account a bishop in the criminal courts requires a slight paradigm shift among the people who have the authority to take those proceedings," he said.

In 2015, Harvey pleaded guilty in a Quebec court to 39 charges of sexual assault and gross indecency for acts committed between 1963 and 1983. His victims were all girls, most between the ages of eight and 10. He was sentenced to six years in prison and defrocked in August 2015.

But days before he died in a Laval prison on May 3, 2018, Harvey gave the prison lawyer permission to provide the confession to his victims. In it, he alleged that for years, his superiors were aware of his crimes.

"He said everyone knew it," said Renée Millette, the lawyer who took Harvey's confession. "[He said] there would never have been all these victims if they would have stopped me."

On Harvey's behalf, Millette shared his confession with lawyers representing dozens of his victims who are now suing the diocese and the bishop of Chicoutimi  in a class-action lawsuit for damages caused by the sexual abuse.

Before Harvey's death in 2018, the lawyers had him swear an affidavit that the confession was true. The contents of the affidavit haven't been tested in court.

Johnston believes that the confession will help bolster his clients' case against the church.

"It's virtually impossible that the church did not know," he said. "So in that context for him to say it, it just confirms what we thought was probably certain anyway … all things together we thought this is a significant development, this is worth bringing to the attention of the court. "

Harvey began his career as a priest in the diocese of Chicoutimi in 1962.

"I had arrived in a working class community, during a time when priests were warmly welcomed wherever they went," Harvey wrote. "I felt like a star among children. Especially the girls."

Less than a year into his posting, Harvey knew he had a problem.

"My bishop called me to his office after a complaint had been filed," he wrote. "I told him about my problems and admitted to him my need to get help. He only recommended that I be more careful around children and to pray more."

The bishop was Marius Paré. According to Harvey's confession, Paré's solution was to quietly move him to a new parish.

Church records show that between 1963 and 2002, Harvey was moved to a new parish 12 times. All the moves were approved by the bishop of the day.

"Whenever he would receive another complaint, he would reassign me to another parish, thinking that it would resolve my emotional problems," Harvey wrote. "It was to no avail. After a few days, I would reoffend."

In 1965, Suzanne Tremblay was seven years old when she says Harvey asked her to meet him alone at their church, Sainte-Cécile de Kénogami in Saguenay.

"There were cushions on the floor. I found myself on the cushions, I don't remember how it happened, but he was on top of me," Tremblay told Enquete. "I looked at the cross and I said if it's true you exist today, I want you to come get me. I want to die."

When she told her parents what had happened, Tremblay said she was summoned to meet Paré in his office.

"He called me by my name and told me to get on my knees," Tremblay said. "That's when he started to talk and said why are you telling lies?"

Tremblay's mother asked for her own meeting with a diocese official.

"He didn't say a word," said Tremblay's mother, Thérèse Belley. "He took out a big black notebook with a hard cover … and wrote down everything we said. He didn't look surprised at all. I don't think it was the first time he heard about this."

Not long after the complaints, Harvey was moved about five kilometres away to a new parish, Saint-Philipe d`Arvida.

"It's that silent shuffle as I call it," said Talach, "moving the priest the short distance to another parish."

Harvey also claimed that he had been questioned by police on multiple occasions about his abuse. He revealed that between 1965 and 1981, he was questioned by four different police departments in the Saguenay region, all acting on complaints from parents.

"The police didn't charge me — they simply told me not to reoffend. For all those years, I benefited from their generosity," Harvey wrote.

Saguenay police spokesperson Bruno Cormier said he did not know if investigators on the Harvey case were aware of previous complaints to police, as Harvey had confessed.

Johnston said decades ago the police would have likely deferred to the bishops.

In 1979, Jean-Guy Couture was brought in as the new bishop of Chicoutimi. He was Harvey's boss for the next 23 years.

In 2017, as part of his class-action suit against the Chicoutimi diocese, Johnston examined Couture, who had since retired, under oath.

Johnston wanted to know if there was any information in the diocese's archives regarding Harvey's crimes.

According to canon law, each diocese is required to maintain secret archives that only the bishop has access to. Johnston said the secret archives would have any written communications by parents and police, and any reports about any investigations held by the church.

Johnston said he didn't believe the former bishop's answer: "I am quite certain that's not true."

The Chicoutimi diocese declined a request for an interview about Harvey.

In a statement, the diocese said: "We have worked together with the Saguenay police in their criminal investigation. Nothing was hidden or withheld. Everything the diocese found in its files was handed over to investigators."

Acting on a complaint, Saguenay police arrested Harvey in 2012 and charged him with indecent assault and and gross indecency. But no charges were laid against any church official in connection to Harvey's crimes.

Cormier could not say for sure whether investigators looked at a possible coverup in the diocese. He would only say that Saguenay police did not recommend to the Crown that charges be laid against anyone higher up. Cormier also said he did not know if investigators had seen the church's secret archives.

'Indictment' of the system

Those who pursue the church for clergy abuse say Crown prosecutors have shown no willingness to pursue high-level church officials in criminal courts.

"My practice is an indictment of the failure of the criminal justice system," said Talach. "We're doing the heavy lifting along with our clients at their cost to what the state should otherwise be doing."

In Quebec alone, Enquête compiled a list of 25 class-action suits involving 200 abusive clergy members and 3,000 alleged victims. But not one charge has been laid against anyone in the church hierarchy.

People who have signed on to a class-action suit don't have to pay out of pocket for lawyers' fees.- Sonia LeBel

In a written response, however, she said class-action suits give more people access to the judicial system.

"People who have signed on to a class-action suit don't have to pay out of pocket for lawyers' fees," Lebel's statement said. "They can also obtain compensation for damages they have suffered without having to launch individual civil suits."

The Canadian Conference of Catholic Bishops (CCCF) pointed to only one case where a bishop had been investigated, charged or convicted of a crime in Canada. In 2011, Raymond Lahey, then bishop of the diocese in Antogonish, N.S., pleaded guilty to possession of child pornography.

In a written statement provided to The Fifth Estate, the CCCF said that when a complaint of sexual abuse against a minor is received  "the individual who discovers this must contact the police. When the police or other civil authorities [e.g. Children's Aid] get involved, the diocese must co-operate with them to the fullest extent of the law and the accused is placed on administrative leave."

When the complainant is an adult who was abused as a minor, the CCCF said that "the person coming forward is encouraged to bring his or her own allegation to the police and to be informed that there is no statute of limitations for sexual offences in Canada. If the diocesan investigation reveals the allegations having the semblance of truth, the Holy See must be informed."

The record of investigations in the United States of diocese officials is stronger.

In Philadelphia over the past two decades, the local district attorney's office has brought three grand jury investigations into church abuse in the local archdiocese.

But Abraham also wanted to charge former cardinal Anthony Bevilacqua with covering up the crimes of priests. She said Bevilacqua's poor health prevented her from indicting him for endangering children. Bevilacqua died in 2012.

Watch a former district attorney talk about wanting to indict a former cardinal: 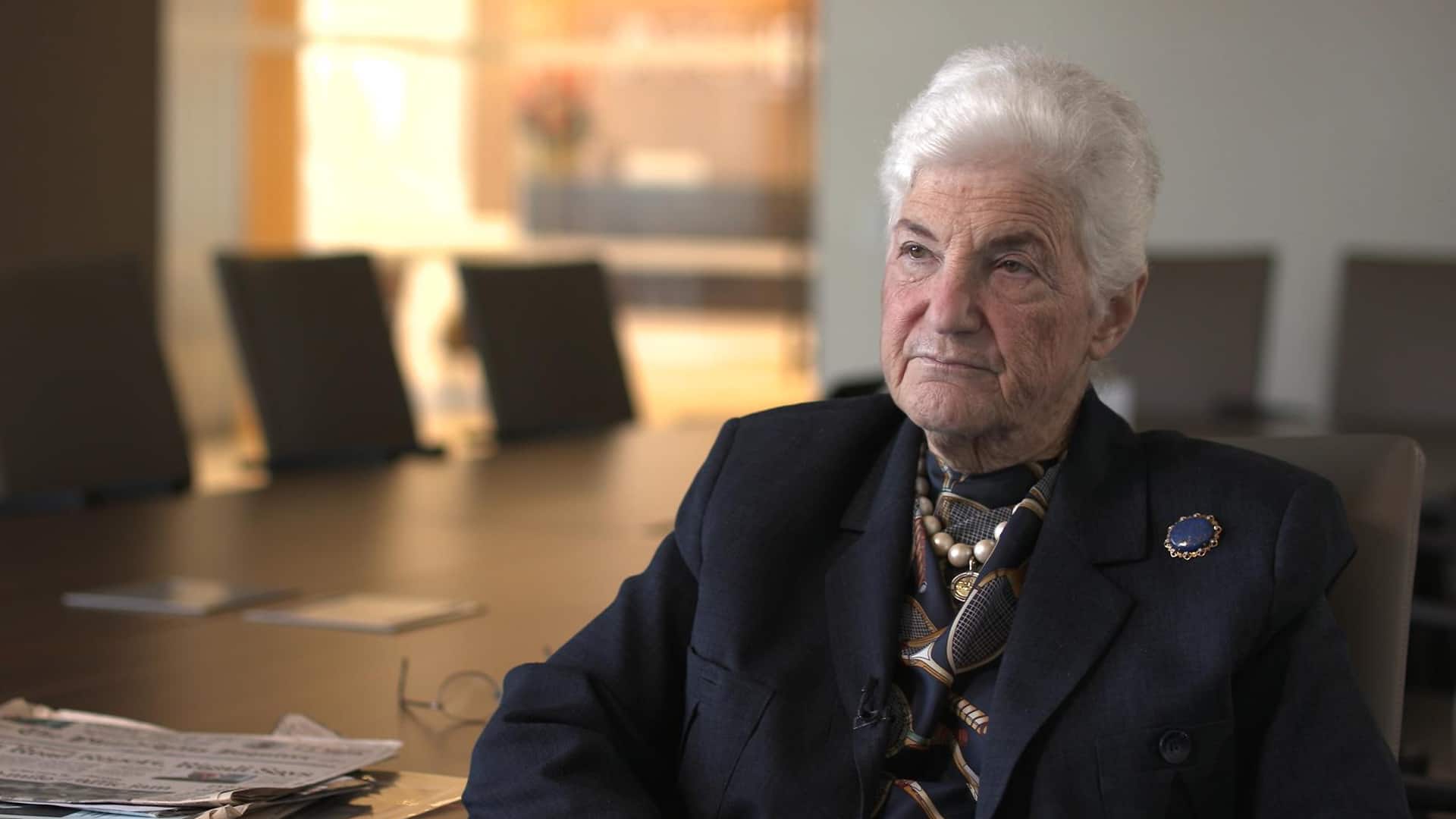 "He was guilty of engaging in the crimes of covering up child abuse," Abraham told The Fifth Estate. "He knew about it and he covered it up. He was complicit. He was an accomplice."

In 2011, in the wake of the grand jury findings Bevilacqua's successor, Archbishop Justin Rigali said that the Philadelphia archdiocese was "re-evaluating the way we handle allegations. The protection of children is paramount."

Johnston said the burden shouldn't be on the victims to pursue the church hierarchy for covering up the crimes of priests.

"The lack of accountability … detracts from people's confidence in the rule of law," Johnston said. "You see people getting away with it … and that bothers the victims and it bothers me."