Lovers in a dangerous time: Dating during a pandemic comes with baggage

The COVID-19 pandemic might be forcing physical distancing, but dating apps are seeing a significant increase in users seeking emotional connection.

The COVID-19 pandemic might be forcing weeks of physical distancing but it's also driving many people to seek out emotional closeness during this period of isolation.

Multiple dating apps are reporting surges in membership as singles search for ways to make connections, pursue new relationships without one-on-one visits and in some cases, re-evaluate their personal lives as a whole.

"It really put my head in this space, 'Gosh, look at you, you need to take your dating life more seriously,'" said Raquel Russell, 26. "In the back of my head, I was like, 'I don't want to be stuck in this situation again where I'm isolating by myself.'"

Russell, a content creator, is currently hunkering down with her parents in Halton Hills, Ont. She says soon after quarantining began, she turned to Bumble and other popular online dating sites to fill what was becoming an emotional void — even after swearing off the apps out of frustration just months earlier.

And she's not alone, even though she says she certainly feels it sometimes.

Bumble Canada, part of the global social networking app, reported a 56 per cent increase in video calls during the week ending March 27 compared to the previous week — after most of North America had implemented strict physical distancing and isolation protocols.

Raquel Russell, Alex Palov and Catherine Aquilina explain what dating is like at a time of physical distancing: 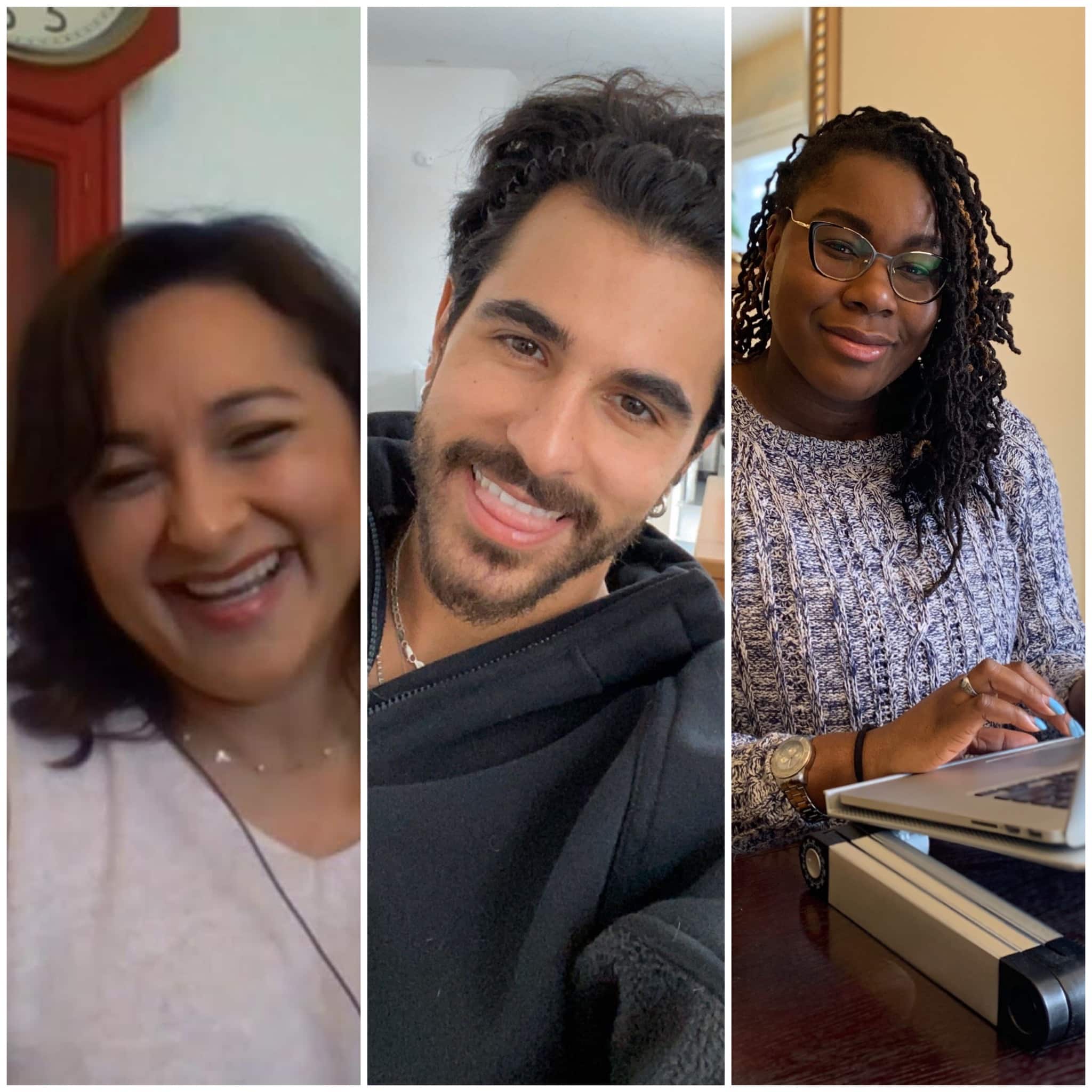 Dating during a pandemic

11 months ago
2:24
Three people describe the experience of trying to make connections while still physical distancing 2:24

"We're actually hearing from users that they feel more relaxed when dating right now because the pressure of connecting in person is off," said Bumble Canada marketing manager Meredith Gillies. "People are being slower and more thoughtful with their dating."

Bumble has also seen the length of in-app video calls, which resemble Facetime without the need to exchange phone numbers, nearly double since the pandemic began.

The San Francisco-based dating app Coffee Meets Bagel is reporting similar spikes in usage. Co-founder Dawoon Kang says the company noticed an approximate 40 per cent increase in the U.S. when it came to the use of video dating — something she says was not utilized as much pre-pandemic.

"If you're on a virtual date, you're doing it from your home. You can actually see the place the other person is living in. You get to have a conversation about their living space. You get to see their dog," said Kang. "During a first date, it's so easy to just fall into the trap of sticking with the small talk."

Virtual dates in separate living spaces can include cooking a recipe together, having drinks on video chat or pressing play on a movie at the same time. 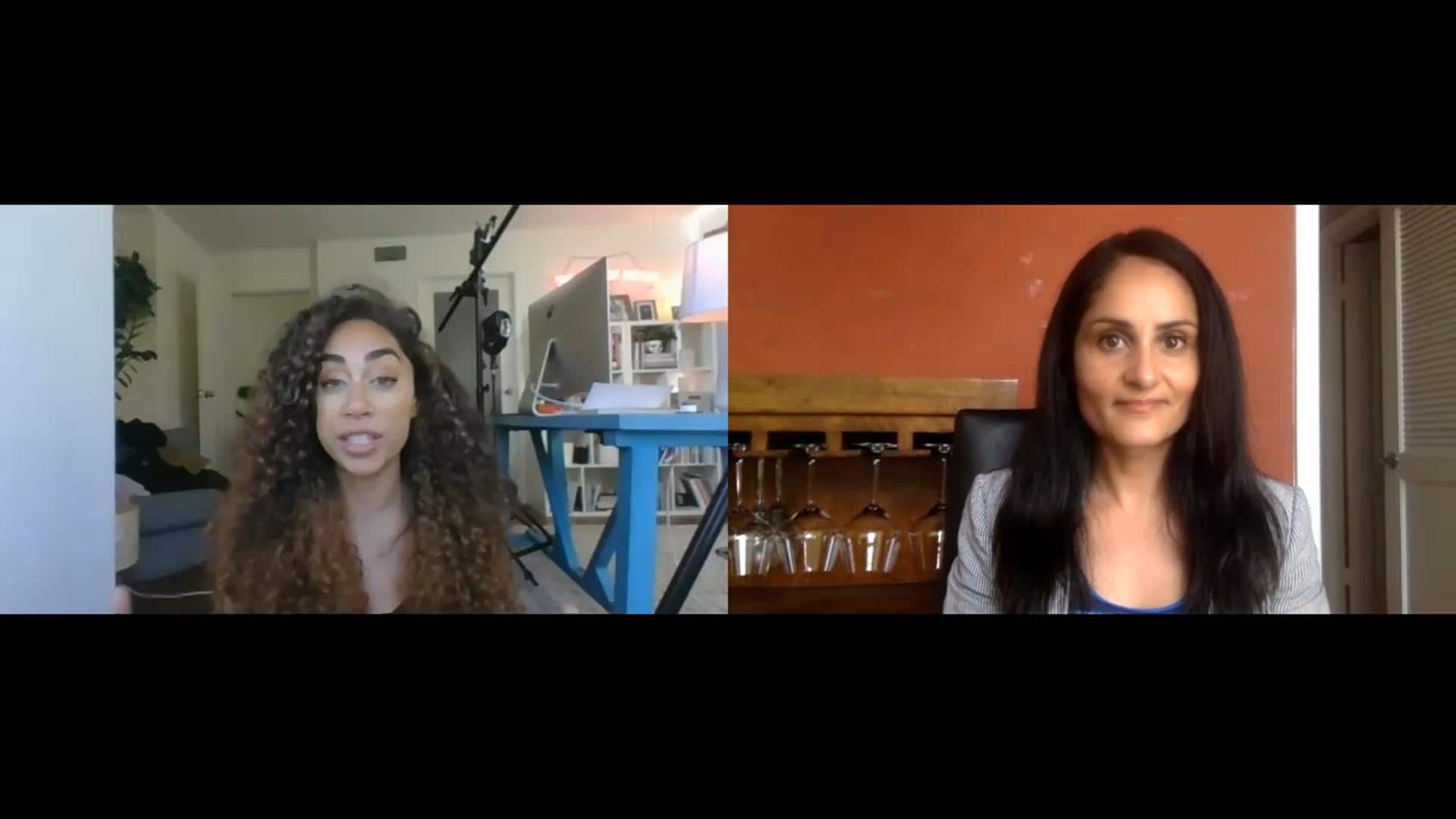 11 months ago
1:41
Sexology host Shan Boodram explains how to "pandemic date" and how to cope with isolation 1:41

Virtual dating has its limits

But for lovers in a dangerous time, as Bruce Cockburn famously sang about more than 35 years ago, virtual dating has its limits. Toronto-based hairstylist Alex Palov, 22, is experiencing that first-hand.

He met someone just before the rules around physical distancing tightened. So he's had to rely on video chatting to help push the new relationship forward.

"The conversations start changing and you start maybe knowing more about the person and asking them more personal questions," said Palov. "You almost just got to wait it out. There's not much you could do. It's either that, or you have to break the rules."

This is really helping you find the people who are willing to stick it out.- Raquel Russell, 26, about dating online during a pandemic

While the average age of users for apps like Coffee Meets Bagel is 29, those in their 30s and 40s carry different responsibilities that make dating difficult at the best of times.

Single mother of two Catherine Aquilina says, once you add in a global pandemic, trying to find a connection that goes beyond a few texts can become near impossible.

"In our age bracket, somebody might be struggling with their job, with having to make mortgage payments, support payments, homeschooling their kids," said Aquilina, 44. "And dating is probably the last thing on their mind."

Aquilina says she's had to put dating on hold because others in her age group aren't available.

For those still putting themselves out there, physical distance can also be beneficial, according to Canadian relationship expert Wendy Walsh.

"People are forced to not get together and move too quickly into the bed," said Walsh, a psychology professor and host of the L.A radio program, the Dr. Wendy Walsh Show. "They instead are spending time getting to know each other."

Walsh says pandemic dating can be an "emotional crutch" for some and in those cases, "you might be ghosted by the end of this." But it can also blossom into real relationships when people are willing to share their vulnerabilities, she said.

Russell said she is looking for that more genuine connection.

"It's really showing you who's willing to engage in actual meaningful long-term conversations. Not just, 'What are you doing? Hi. Goodbye,'" she said. "This is really helping you find the people who are willing to stick it out."

Having now progressed recently with some matches from texting to voice notes, she says if things get serious enough, she might be willing to take it to the next level of intimacy in these times: The phone call.