Not very Zen: From city employee to 1 of Canada's top YouTube yogis

Kassandra Reinhardt's goal when she first started making yoga instruction videos was to get a job at a yoga studio to supplement her work with the City of Ottawa. Seven years later, she quit her day job and now has over 1.4 million subscribers to her Yoga with Kassandra channel.

9 months ago
3:07
Kassandra Reinhardt says the path to becoming an online yoga teacher is anything but zen, but she's happy to help people calm their anxiety at home. 3:07 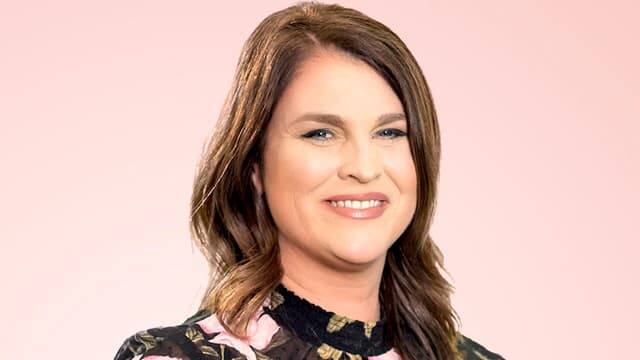 Ottawa Morning8:04From City of Ottawa employee to one of the country’s top YouTube yogis
Online yoga teacher and YouTuber Kassandra Reinhardt says the pandemic has tripled her viewership as people look to calm their nerves at home. 8:04

Kassandra Reinhardt's goal when she first started making yoga instruction videos was to get a job at a yoga studio to supplement her work with the City of Ottawa.

Seven years later, she's quit her day job and is now one of Canada's top YouTube yogis, with over 1.4 million subscribers to her Yoga with Kassandra channel.

"When I started I did not have these big, lofty goals of having one of the biggest yoga channels in the world," the 30-year-old says.

"But thankfully, very early on... I was able to see the potential," she says, adding that the pandemic has sped up her channel's growth.

"It's really fun to be able to teach people from all over the world."

A stretch to find time for yoga

Reinhardt made her first video in 2014. Because she didn't have an appropriate space to film in her apartment, she rented office space by the hour, lugging her film equipment and yoga mat there to film marathon sessions.

Then at home, after her 40-hour work week with the city's emergency and protective services department, she'd log more hours editing, publishing and marketing her videos on her Yoga with Kassandra YouTube channel.

"Being a one-woman show, it was not all that Zen," recalls Reinhardt.

"On weekends, I would spend the entire day working on the channel. It was super grueling and not at all relaxing. So I think that's probably a big misconception about the work."

After three years of juggling both jobs, her yoga income surpassed her city salary and she made the leap to full-time yogi — with the support of her early viewers/colleagues.

"Everyone is supportive, even though they don't quite understand how it works," she says with a smile.

By chance, Reinhardt planned a 30-day yoga challenge to run through April 2020. When the pandemic hit, she was poised to capitalize on the captive audience of anxious people looking for ways to safely exercise and relax.

"All of a sudden you had millions and millions of people at home, completely overwhelmed, very scared, and very also bored and not sure what to do with themselves," she says, which explains why her numbers tripled over the second half of 2020.

She also noticed a change in the composition of her audience — from almost entirely young women to a spike in older men without yoga experience.

"I got to bring yoga to people who maybe otherwise would have never even tried a class."

She says she gets 400 messages a day, many of them from men who started with her in April 2020 and have kept up the habit over the length of the pandemic.

Yoga for the less flexible

But Reinhardt says teaching online yoga online has always been about reaching an audience that didn't feel comfortable in a yoga studio.

Over the years, she's heard from grateful viewers who didn't live near a class, couldn't afford $20 plus a babysitter to attend or simply didn't feel comfortable there.

"A lot of people are scared to go in a yoga studio," says Reinhardt. "They assume that you have to be young, fit, white and already flexible. They're worried they're going to be laughed at because they don't fit the stereotype of yoga, so they don't go."

Early on she faced judgment from traditional yoga teachers about the value of online instruction, But since the pandemic set in a year ago, she says, that stigma has disappeared.

"I definitely got a ton of negative criticism from other teachers who said, 'That it's not real yoga.' ... Funny enough, because every single one of those teachers are now teaching online, and they're seeing how wonderful and beneficial it is," says Reinhardt, who regularly collaborates with other online teachers to create content.

Reinhardt says her online prominence means that pre-pandemic, fans often recognized her on the streets, at least in the United States, where 70 per cent of her audience lives.

But now, it might be her three pets who've stepped into the spotlight.

Like others during COVID-19, Reinhardt and her husband moved to the countryside, a house in rural Cumberland, with a dedicated yoga filming space where her cats Cleo and Kitkat, and dog Luna occasionally interrupt the flow for a cuddle.

"I swear they are more famous than me," she says. "They're always more popular than I am. People really, really love to see them in there."