A 25-year-old man in Canada on an expired student visa, who is also married, has been charged in connection with six sexual assaults between August 2012 and October 2013. 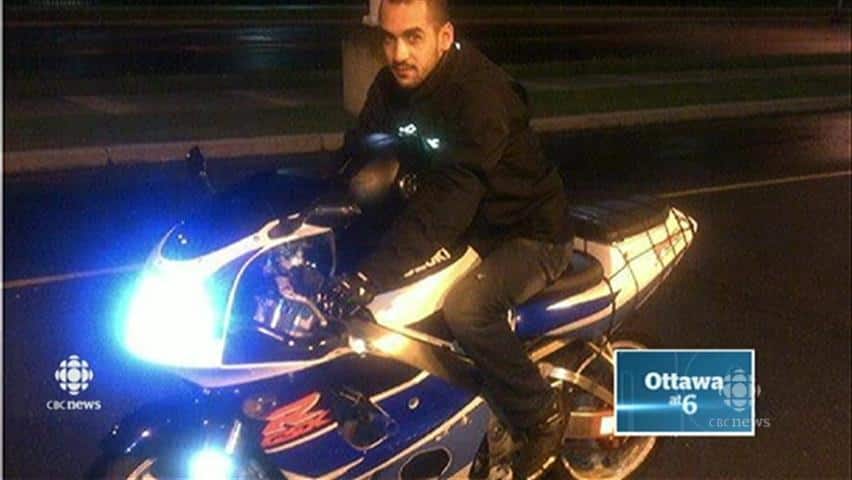 Ottawa police have charged a 25-year-old man who was in Canada on an expired student visa with six sexual assaults across the city that happened over a 14-month period.

Hussein made a brief court appearance by video on Friday and is scheduled to return to court on May 21.

His lawyer told reporters his client was a Jordanian national who had never had any interaction with police before. Hussein's wife was also in attendance at the courthouse.

Police sources said they were led to Hussein after a man living in the same west Ottawa apartment building called them after seeing a surveillance video police released in the winter.

Police then tracked Hussein and later searched his apartment. They also asked for suspects to come in for saliva samples and polygraph tests to narrow their suspect list, sources told CBC News.

Victims between 18 and 30 years old

The sexual assault investigation originally linked three incidents involving victims between 18 and 30 years old, which happened between August 2012 and October 2013.

The first happened on Banner Road, a second in June 2013 between Erinbrook Crescent and Lancaster Road, and the third on Aldea Avenue. The three victims had been walking alone before they were attacked and they were choked, police said.

Those cases were also linked by DNA evidence.

Those occurred in late March 2013 in the Greenbank Towers apartment building in the 2600 block of Draper Avenue, on June 1, 2013 on Laurier Avenue near Chapel Street and on Oct. 16, 2013 in the 2400 block of Baseline Road between Woodroffe Avenue and Greenbank Road.

In January, police said that three sexual assaults were linked to one unknown serial predator, and that seven other cases may be linked to the same suspect as well, including a sexual assault in Barrhaven in January 2014. There are still four unsolved cases police continue to investigate.

Police said Hussein owned RJ Moving and he was living in Ottawa on an expired student visa. They have contacted Canada Border Services Agency.

Police released two sketches of a suspect and surveillance video from the Draper Ave. building this past winter to initiate a response from the public. They received several hundred tips as a result, including the one from the neighbour that led police to Hussein.