Medical studies and an Ottawa athletic therapist say the type of soccer cleat people wear could increase the risk of a knee injury for players of all ages, especially on artificial turf.

'Don't just buy the cheapest cleat or the one that's on sale,' athletic therapist says 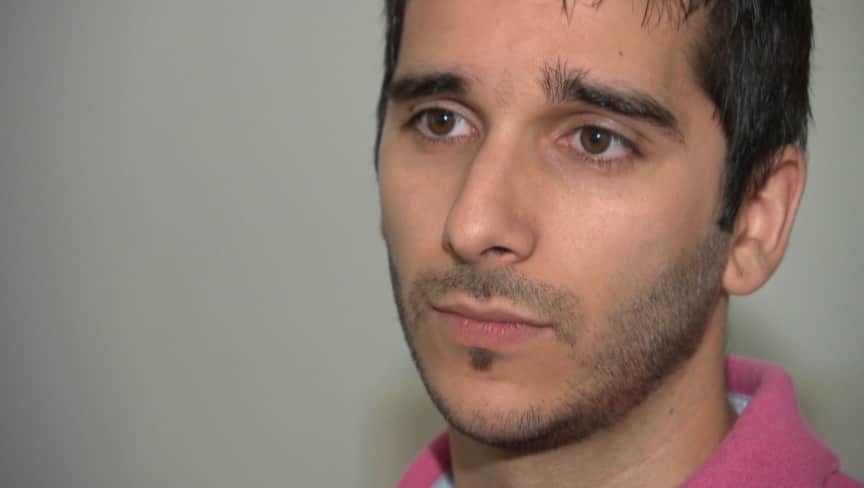 6 years agoVideo
2:02
Experts warn to think about more than colour and price when choosing a cleat for sports. 2:02

The wrong soccer cleat can raise the risk of a knee injury, especially for youth and recreational soccer players, according to medical studies and an Ottawa athletic therapist.

Studies show cleats with different studs or blades give athletes a wide variation of traction, which could lead to injuries if a cleat is worn on a surface it's not meant for. For example, a soccer cleat made for natural grass can be dangerous if worn on artificial turf.

The most damaging injury, which has become more common in soccer and football, is a tear of the anterior cruciate ligament, or ACL.

Athletic therapist Melanie Fiala says the wrong soccer cleat increases the tension on knees and ankles and can lead to damaged ligaments like the ACL. She also says a proper training regimen helps lower the risk of injury.

"You want the shoe to be an extension of the foot. You want [players] to feel like they naturally have those studs or those blades in their foot," said Fiala, who works with Ottawa's professional soccer team, Fury FC.

Fiala said cost, while a factor for recreational and youth players, should not be the main reason for buying a cleat. Instead, the fit and the playing surface should be the most important factors.

A 2010 study has shown outdoor soccer cleats used on grass provide the lowest risk of injury. The study also said on the modern artificial turf, the surface and the shoe are both to blame for increasing the risk of injuring the ACL.

"The biggest thing I can tell parents is just don't necessarily buy the cheapest cleat, or the cleat that's on sale. Get somebody who knows what they're talking about," Fiala adds, such as a worker in a soccer store or even a kinesiologist.

Fiala says the various types of cleats are equipped with studs meant for either artificial turf, firm ground and soft ground, as shown in the video above.

ACL injuries happen most often during a pivot, which is what happened to recreational soccer player Alex Bondio.

The 25-year-old wore soccer cleats with studs meant for natural grass while playing on the artificial turf at the University of Ottawa. The studs dug into the turf and refused to let go, tearing the ACL in his left knee.

"There was no contact at all. The ball went on one side of me and I did a quick little turn and my body wanted to go, and my knee just stayed put and it just popped," he said.

Bondio is now recovering from a surgery that rebuilt his ACL and he'll be off the pitch for at least the next six months.

When Bondio bought his last pair of cleats, he says weight, feel and look were main factors in his decision.​ He said he learned a difficult lesson.

According to the Canadian Institute for Health Research, almost 2,000 Canadians were hospitalized with ACL injuries last year. That doesn't include the tens of thousands who went to clinics and sports medicine doctors to treat their knee injuries.

According to the American Orthopedic Society for Sports Medicine, about 150,000 ACL injuries occur in the United States every year.

What is the ACL?

The ACL is one of four ligaments that work to stabilize the knee joint. Among its many uses is protecting knees from the damage that can occur during athletic manoeuvres such as landing a jump, pivoting or decelerating from a run.

How do we injure the ACL?

The ligament tears because it is overstretched. There are many ways the ACL can be torn.