Attacks by inmates on correctional officers in Ontario are on the rise, and the union representing the guards blames changes to the rules around segregation in the province's jails.

Segregation no longer a deterrent to violence against correctional officers, union says

The one good thing about Dave Peever's worst day on the job as a correctional officer is that he doesn't remember most of it.

It was the day an inmate tried to kill him, Peever said.

He remembers turning his back on the man for a second while he unlocked a security door at the Ottawa-Carleton Detention Centre (OCDC).

'I can't even think of that place without shaking.' - Dave Peever , OCDC correctional officer

"I take the key out to open the door, and that's when he sucker-punched me," Peever said.

Then he blacked out.

"What Dave can't tell you is what happened after he was unconscious," said Scott Forde, Peever's colleague and now acting president of OPSEU Local 411, the union representing guards at OCDC.

"The inmate tried to choke him from behind, and used the wall as leverage," said Forde, who is convinced the inmate would have killed Peever if other officers hadn't jumped in during the incident on Nov. 2, 2016.

"This was a very close call, and frankly a traumatic experience for many," Forde said. "Myself included."

Peever was rushed to hospital. His physical wounds healed quickly, but the emotional scars have taken much longer.

"You want to go back to work. You want to do your job, and you can't. I can't even think of that place without shaking."

Violent acts against correctional officers, which include threats, spitting, punching, kicking and attacks with weapons, have been on the rise in Ontario jails. According to statistics from the Ministry of Community Safety and Correctional Services, there were 793 such incidents reported by guards at the province's 25 jails in 2016. By the end of June 2017 — the latest data available — there had already been 617 reports.

At OCDC there were 41 incidents of inmate-on-staff violence in 2016, and 46 in the first half of 2017. Last year's final tally is expected later this spring.

The spike caps off a steady rise in violence over the past decade. There's been a corresponding rise — and recently, a corresponding spike — in physical assaults against guards.

It's not just happening in Ottawa.

On April 25, two guards at the Toronto South Detention Centre landed in hospital following an attack by two inmates.

OPSEU blames the wave of violence on changes to the rules around segregation in the province's jails, part of the government's bid to modernize the correctional system.

The maximum time in segregation has now been halved to 15 days, and inmates in segregation have access to television, phones and canteen privileges. Its function as a deterrent to bad behaviour is so diminished, OPSEU says, that some inmates are fighting to get into segregation.

According to OPSEU, the majority of segregated cells in Ontario's jails are occupied by inmates with mental health issues, leaving little room for violent inmates who need to be isolated for the safety of others — inmates and officers alike.

"It's like a bag of fireworks," a female correctional officer at OCDC said. CBC has agreed not to identify the officer for her own safety.

"Where [the more violent inmates] used to be in separate containers, now they're all in one bag, and we're just waiting for one to go off. And that sets the rest of them off, and you end up with murders, stabbings, slashing, and officer injuries higher than ever."

That powder keg is a danger to the inmates, too. Earlier this month a man awaiting trial at OCDC was beaten into a coma. Three other inmates have been charged with attempted murder.

The female guard said the incident was a tragedy, but not unexpected: "I'm sad to say I'm not surprised, because we were all waiting for it to happen." 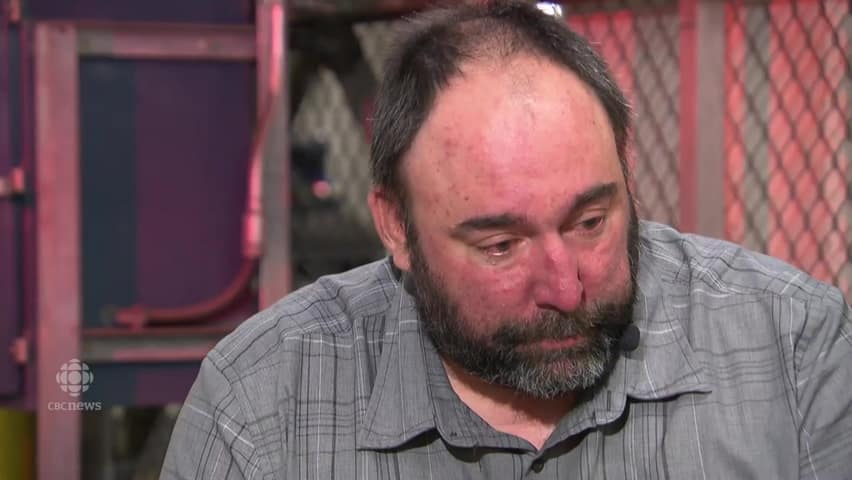 'That's when he sucker-punched me'

5 years ago
0:48
Dave Peever, a correctional officer at the Ottawa-Carleton Detention Centre, describes being attacked by an inmate. 0:48

A spokesperson for Community Safety and Correctional Services Minister Marie-France Lalonde suggested the rising number of attacks on guards may reflect improvements in the way the ministry collects data, rather than a drastic increase in violence.

What do we do with these individuals, if not in segregation? We need to place them somewhere.- Monte  Vieselmeyer , OPSEU

"New infrastructure, alternative housing and enhanced programming will be introduced so correctional staff have the tools they need to effectively perform their duties — one of those tools is appropriate alternatives to segregation," Najdovski wrote in a statement to CBC.

But the union representing guards said those "appropriate alternatives" need to be available now, as members are reporting an unprecedented number of injuries.

"What do we do with these individuals, if not in segregation? We need to place them somewhere," said OPSEU representative Monte Vieselmeyer.

On Feb. 20, 100 correctional officers at the Toronto South Detention Centre and another 75 at the Central East Correctional Centre in Lindsay, Ont., walked off the job to protest violence against guards, forcing both institutions into lockdown.

Vieselmeyer said claims by injured correctional officers to the Workplace Safety and Insurance Board (WSIB) are concerning. As a member of a provincial task force, he's received a report showing 219 injury claims in 2017.

One of those claims came from Dave Peever, who remains off the job and is being treated for PTSD.

The charges against the man who attacked him were dropped.

"The inmates, they can get away with a lot more than they used to in the past, and that contributes to the growing violence and the crisis in corrections," Peever said.