A group of employees at an Ottawa manufacturing plant say they won the $7-million Lotto 6/49 prize Wednesday, the same day their company announced massive layoffs. 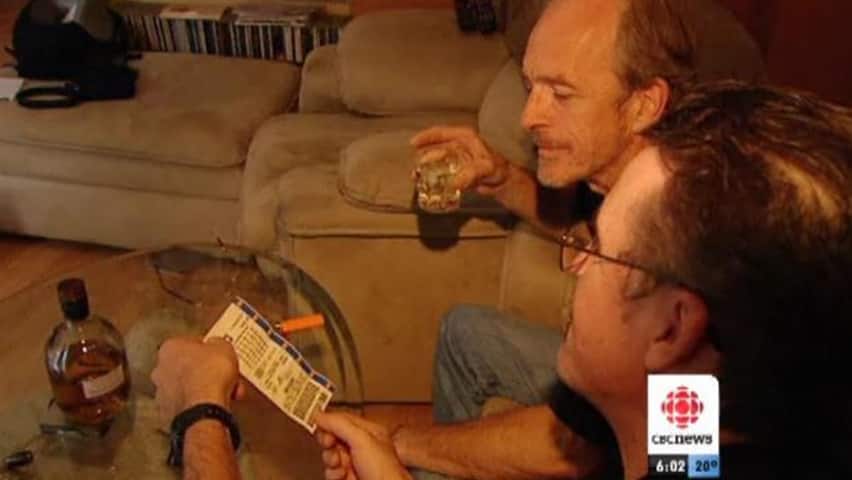 From layoff to payoff

9 years agoVideo
2:46
Eighteen laid off workers at an Ottawa manufacturing plant won the lottery on the same day they were handed their walking papers. 2:46

A group of employees at an Ottawa manufacturing plant say they won the $7-million Lotto 6/49 prize Wednesday, the same day their company announced massive layoffs.

Eighteen employees at SMART technologies — including 10 who got layoff notices on Wednesday — were part of the group of winners, according to Colin Willard, one of the ticket holders.

Willard, who worked at SMART for seven years, was balancing phones on each ear Thursday as news broke about the group's winning ticket.

He had only returned to work last week after a bad back kept him away for six months, and said the layoff notice shocked him.

It was Thursday morning in the company parking lot where he was the first to discover the win.

"I started to shake, vibrate in my seat, and then I had to get out and tell some of the people that were in, and no one believed me," said Willard.

Friend and co-worker Tony Mather joined him for a celebratory drink of scotch Thursday.

The men said they were excited, but realistic about the lottery earnings and where the money will go.

Ontario Lottery and Gaming Corporation confirmed Thursday that the winning ticket in the previous night's lottery was shared by a group of people from Ottawa.

A spokesperson with the lottery corporation said the winners will have to go through a verification process when they come to claim the ticket.

Willard said the group will travel to Toronto Friday to confirm their win.

The company, which has its headquarters in Calgary, said it was shifting its manufacturing to Mexico.