Window contractors are scrambling to complete a surge of orders after the Ontario PC government scrapped the GreenON rebate program last month.

Companies have until Oct. 31 to fulfil contracts after PCs cancel rebate program

Window contractors are scrambling to complete a surge of orders after the Ontario PC government scrapped the GreenON rebate program last month, but a looming deadline could mean a nasty surprise for customers still waiting to receive their energy-efficient windows.

Funded by the province's cap-and-trade auctions, the fund offered rebates to homeowners and businesses who opted for energy-efficient renovations, including a maximum of $5,000 per home for window upgrades.

Although the government has said it will honour rebates for work orders that were signed before the program was cancelled, contractors have until the end of October to complete their work.

'It's not going to happen'

Pat Hunter, president of Comfort King Windows & Doors in Ottawa, said there's practically no chance he can meet that deadline.

"I'd love to get everything done by Oct. 31. Nothing would make me happier," he said. "But it's not going to happen."

Faced with about $850,000 worth of outstanding contracts, Hunter said he has enough work to keep his crews busy into next year — well past the government's deadline.

"We're working six days a week, and we're trying like crazy to get it done," he said.

Although Ford's decision to axe the program came as no surprise, Hunter said the government has no right to impose a cutoff date for installations.

"They're kind of changing the rules as they go along, which is not a smart thing to do," he said. "A contract is a contract." 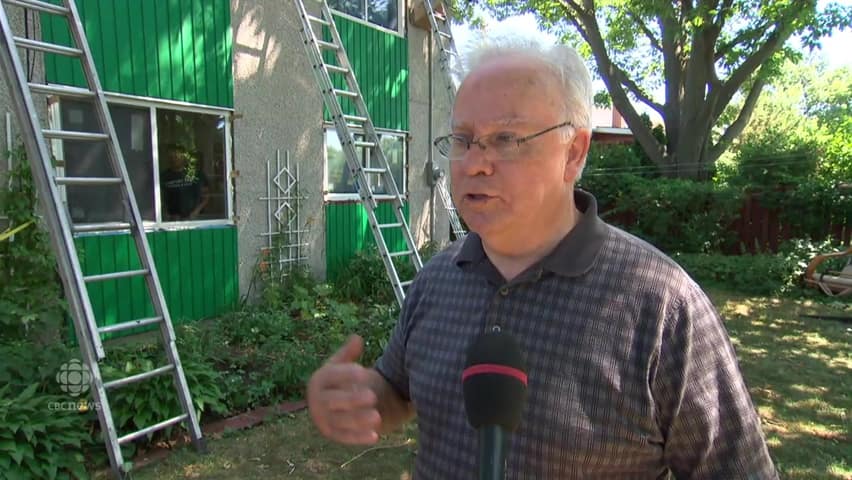 2 years ago
0:39
Paul Hunter, the president of Comfort King Windows and Doors, says the government is changing the rules halfway through the game. 0:39

Realistically, Hunter said he expects to complete "at least half" of his orders by the government's deadline, leaving him to worry about potential harm to his business' reputation.

"I'm just hoping that the government realizes that I'm not the only company in Ontario with this problem," he says.

They're changing the rules halfway through the game- Pat Hunter, president of Comfort King Windows & Doors

In a statement to CBC News, Ontario Environment Minister Rod Phillips said the government was given a mandate by the people of Ontario to scrap the Liberal cap-and-trade system, "as part of its commitment to bring gas prices down and help reduce costs for Ontario families."

"All programs currently funded through cap-and-trade proceeds will be concluded, including the immediate and orderly wind down of the Green Ontario Fund," Phillips said.

Across the city, in the rural community of Vars, workers at Verdun Windows & Doors are busy assembling windows, trying to keep up with the surge in demand generated by the rebate.

Jimm Fox, a spokesperson for the company, said they're getting between 25 and 50 calls a day from nervous customers, worried about whether they'll receive their windows before the province's looming deadline.

Given that the government has already pushed back the cutoff date once — from Aug. 31 to the end of October — Fox hopes the PCs will heed industry calls to allow GreenON contracts to be rebated through March 2019.

As for Hunter, he said he's also optimistic the government will show some flexibility and appease business owners across the province.

"We didn't initiate the program. All we've done is follow the rules," he said.

"Nobody's happy about the way things have turned out."