Buses have been detoured and police are asking drivers to avoid the Parliament Hill and ByWard Market areas.

Protest was planned before OPP moved in on blockade near Belleville, Ont. 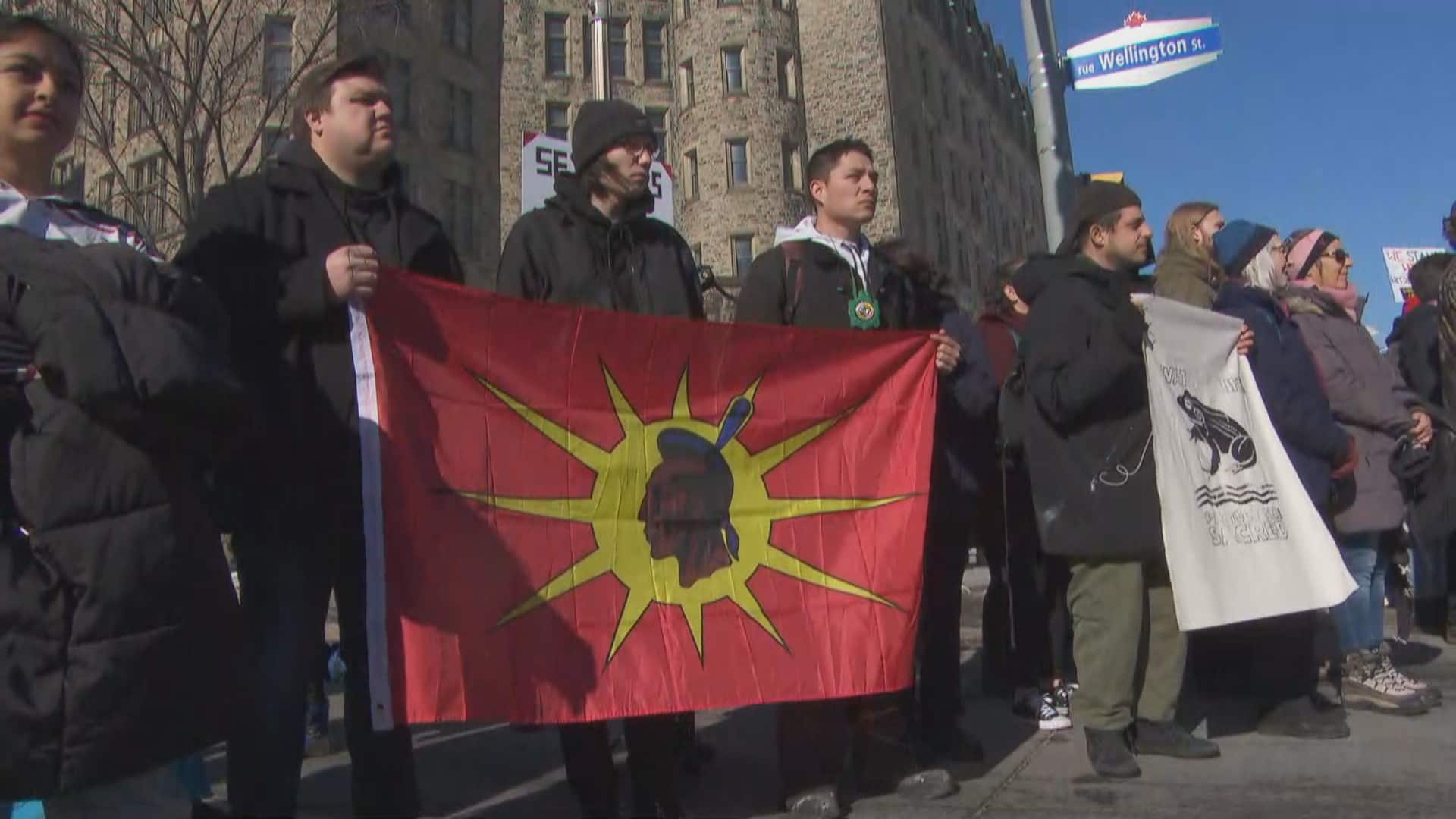 'It's not just about today'

8 months ago
2:28
Indigenous youth activist Ganaaboute Gagné says Monday's protest in downtown Ottawa is a push for the recognition of Indigenous sovereignty and the importance of land rights. 2:28

Several protests have taken place across Canada since the RCMP enforced a court injunction with raids on Wet'suwet'en territory in northern British Columbia on Feb. 6.

Police have kept up a presence there ever since.

The protests that followed included a Mohawk rail blockade near Belleville, Ont., which forced the cancellation of most passenger and freight rail traffic across Canada.

OPP started moving in on that blockade this morning.

Ottawa police said to expect traffic disruptions near the Hill and ByWard Market, and asked drivers to avoid the area if possible until further notice.

OC Transpo and the STO have detoured buses away from Wellington Street and said rolling detours are expected.

The rally included a sit-in near the Prime Minister's Office for much of the afternoon before it left the roads later in the evening.