Western Qué​bec School Board out to woo Ontario teachers

The Western Qué​bec School Board is trying to raise its profile as it struggles to fill more than 20 vacant teaching positions, just weeks before fall classes are set to begin.

English board looking to fill as many as 30 positions

The Western Qué​bec School Board is trying to raise its profile in Ontario as it struggles to fill more than 20 vacant teaching positions, just weeks before fall classes are set to begin.

Terry Kharyati, director of human resources for the English board, has been busy booking media interviews in an effort to move beyond the usual methods of posting ads and attending job fairs to reach the right candidates.

Kharyati said the board is trying to combat a general lack of awareness, particularly among students and faculty at Ontario universities, about the opportunities at the sprawling board's 30 schools, which includes a mix of urban and rural schools in the Outaouais, Pontiac and Abitibi-Témiscamingue regions​.

"There are students and principals in the system who didn't know that there were English schools in Quebec, let alone a Western Qué​bec School Board that taught in English," Kharyati said. 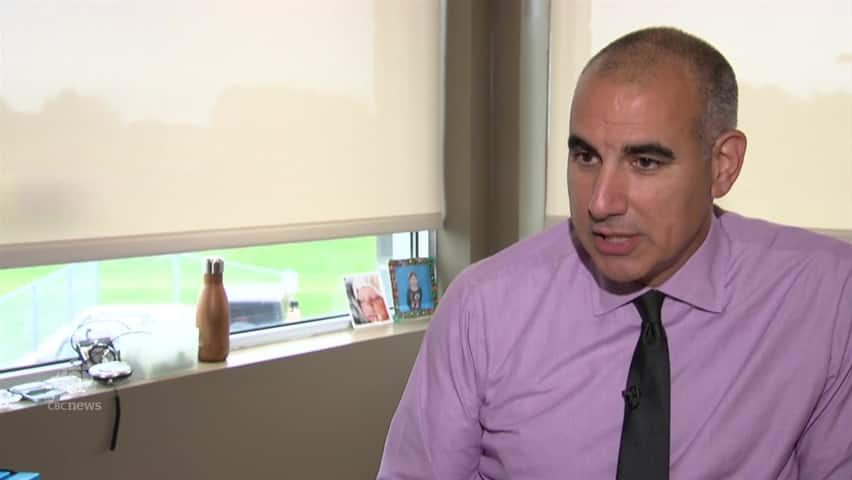 3 years ago
0:32
The school board in west Quebec is hoping to attract English-language teachers from Ontario in an effort to fill dozens of empty positions. 0:32

The board is also setting out to make francophones aware of opportunities for qualified candidates to teach in the board's second language and immersion programs.

Kharyati said the competition for qualified English-language teachers is fierce as candidates from Quebec's McGill and Bishop's universities often get snapped up before graduation.

"They are very much in demand," he said.

"They're snapped up relatively quickly in Quebec, so it makes sense for us, because we're so close to the border in Ontario, to at least have a hand in recruiting in Ontario."

The Western Qué​bec School Board has benefited from the high supply of graduates from Ontario compared to the amount of new positions in that province, he said.

Supply may run out

Richard Barwell, dean of the University of Ottawa's faculty of education, said his faculty has a strong relationship with the board, including student-teaching opportunities and eventually jobs.

He agrees some students from outside the capital region are unaware there is an English-language board across the Ottawa River.

However, Barwell said there are demographic shifts in the Ontario teacher workforce.

"If the oversupply [of teachers] gets absorbed in Ontario and we get to a position where it's easier for our graduates to get a job in Ontario, that could have some impact for western Quebec," he said.

Barwell noted salaries are higher on the Ontario side, though boards in Quebec are sometimes quicker at processing new hires.

with files from Amanda Pfeffer