A deadly outbreak of a highly contagious virus that's often fatal in horses has struck an equestrian farm in western Quebec.

EHV-1 has killed 2 horses, infected more than a dozen at Venturing Hills in Luskville

A deadly outbreak of a highly contagious virus that's often fatal in horses has struck an equestrian farm in western Quebec.

The neurological form of EHV-1, sometimes called the equine herpes virus, has already caused the deaths of two horses and infected nearly half of the other 39 animals housed in stables at the Luskville farm.

Staff at Venturing Hills, already under added strain due to the coronavirus pandemic, now have new anti-contagion precautions to manage.

They've been working around the clock to care for the horses, which are either owned by the training facility or boarded there by their private owners.

The illness seemed to come out of nowhere.

On Feb.3, Eddy, an otherwise healthy, young horse, began to stumble and lose strength. The neurological form of the equine virus had taken hold and within hours, the animal had to be euthanized. Another horse died 11 days later.

"There was just no warning whatsoever," said Eddy's owner, Sophie Barbeau-O'Connor, who has since returned to Venturing Hills to help manage the outbreak.

Venturing Hills co-owner Rae Becke believes a horse purchased from stables in Toronto in January may have brought the virus to the farm.

With the mortality rate of the neurological form of EHV-1 somewhere between 30 and 50 per cent, it's been a race to separate symptomatic animals from the healthy ones so anti-viral treatment can begin.

Becke and her small army of staff and volunteers are working in shifts to monitor the horses and administer the drugs to the surviving animals.

At the same time, they must observe strict new protocols. It's not just nuzzling that's now forbidden: due to a horse's powerful sneeze, the animals require a physical distance of 11 metres between them. Vapour barriers have been installed inside the barn, while stalls are deep-cleaned and disinfected regularly.

There's even a sort of equine ICU. "This is an isolation ward for our two most vulnerable," said Becke, pointing to a new addition to the stables

WATCH | The co-owner describes the outbreak: 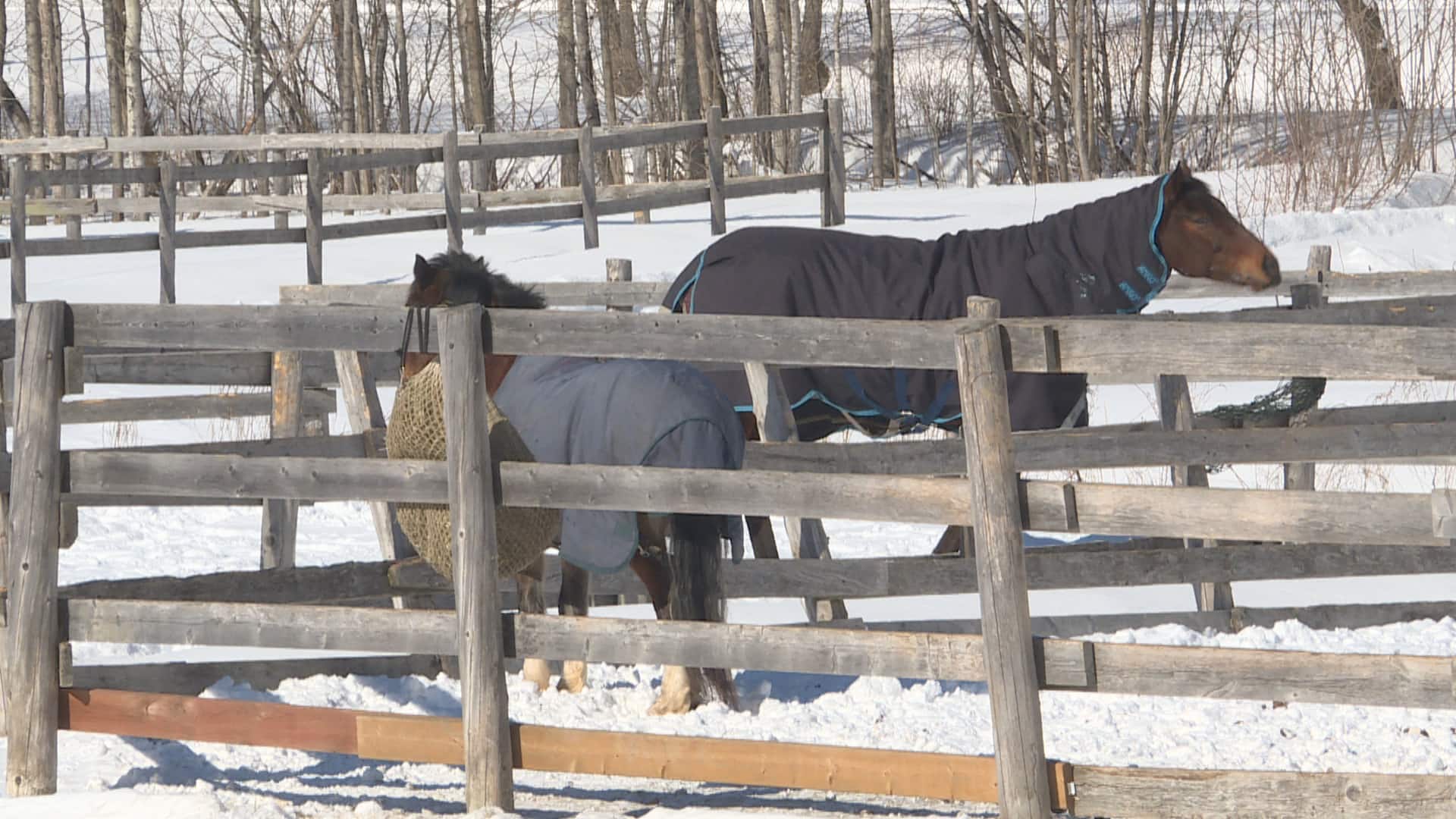 8 days ago
1:49
Rae Becke, co-owner of Venturing Hills, says EHV-1 has infected many of the horses that live on the farm. Sophie Barbeau-O'Connor’s horse, Eddy, was one of them. He was euthanized on Feb. 3 after rapidly losing strength. 1:49

Veterinarian Carole Michon must also take extreme precautions to halt the further spread of the illness, including bagging her personal protective equipment and leaving it behind when she departs for the day.

Michon noted that while older horses are generally thought to be more vulnerable, the death of five-year-old Eddy shows how unpredictable the disease can be. Even horses that have been vaccinated for EHV-1 can contract the neurological form of the illness. The anti-viral drugs alone can cost more than $6,000 per animal.

Michon said the virus poses no risk to humans, but people can carry it on their hands and clothes.

Becke said for her and her team, February has been the longest month.