About a quarter of Ottawa students are learning virtually this fall. CBC Ottawa checked in with a handful of families to see how it's going.

So, how's it going with online school? Families reached by CBC Ottawa seem to have mixed reviews.

Masuma Khan is a mother of two. Her seven-year-old, Hana Wyndham in Grade 2, is attending French immersion virtual school. Masuma is grateful it's an option, but can't help notice a lot of down time.

"There's a lot of, 'are you on mute?' In terms of the amount of learning that's actually happening, it does seem to be not that high," said Masuma.

Parents who kept their children at home this fall are in the minority, but they still form a significant chunk of families in Ottawa.

In the city's largest school board, the Ottawa-Carleton District School Board (OCDSB), about 27 per cent of elementary students and 22 per cent of high school students chose online learning. The Ottawa Catholic School Board says roughly a quarter of its students are online.

For Masuma, the decision to keep her daughter home was complex: extended family members are immunocompromised and she worried the in-person learning environment would be unpleasant because of precautions. She also felt her daughter might benefit from being supported at home.

"She doesn't necessarily enjoy school. I also found out during the pandemic that she was being bullied [last year]," said Masuma. "So I thought, why not try from home?"

To help her daughter socialize face-to-face with other kids, Masuma enrolled Hana in Baxter Forest School, an alternative education program where kids spend most of their time outside, one day a week. Hana also attends virtual Arabic classes two days a week after school.

Masuma's husband and Hana share the living room work space, and Masuma admits he does the lion's share of helping their daughter stay on task. There is a possibility that he'll be required to return to his office in the new year.

"When he goes back to work ... it's probably going to be a little bit more difficult."

Barbara Anquetil is the mother of 10-year-old Anaïs Anquetil, who is in OCDSB's virtual school in Grade 5. Barbara kept her daughter home over fears of exposure to COVID-19. At the same time, she was worried safety precautions at school would trigger anxiety.

"I remember seeing ... schools in Taiwan where the kids would get like sprayed down by teachers in hazmat suits," said Barbara. "I would rather have an uncomfortable time with online schooling than lose all of her previous memories of how amazing [in-person] school was."

Virtual school "ended up being way more hands on than I thought," said Barbara.

Each time there's a screen break or an activity break, the solo mom's on duty. Synchronous learning is done by 1 p.m.

WATCH | Anaïs Anquetil on the pros and cons of learning online: 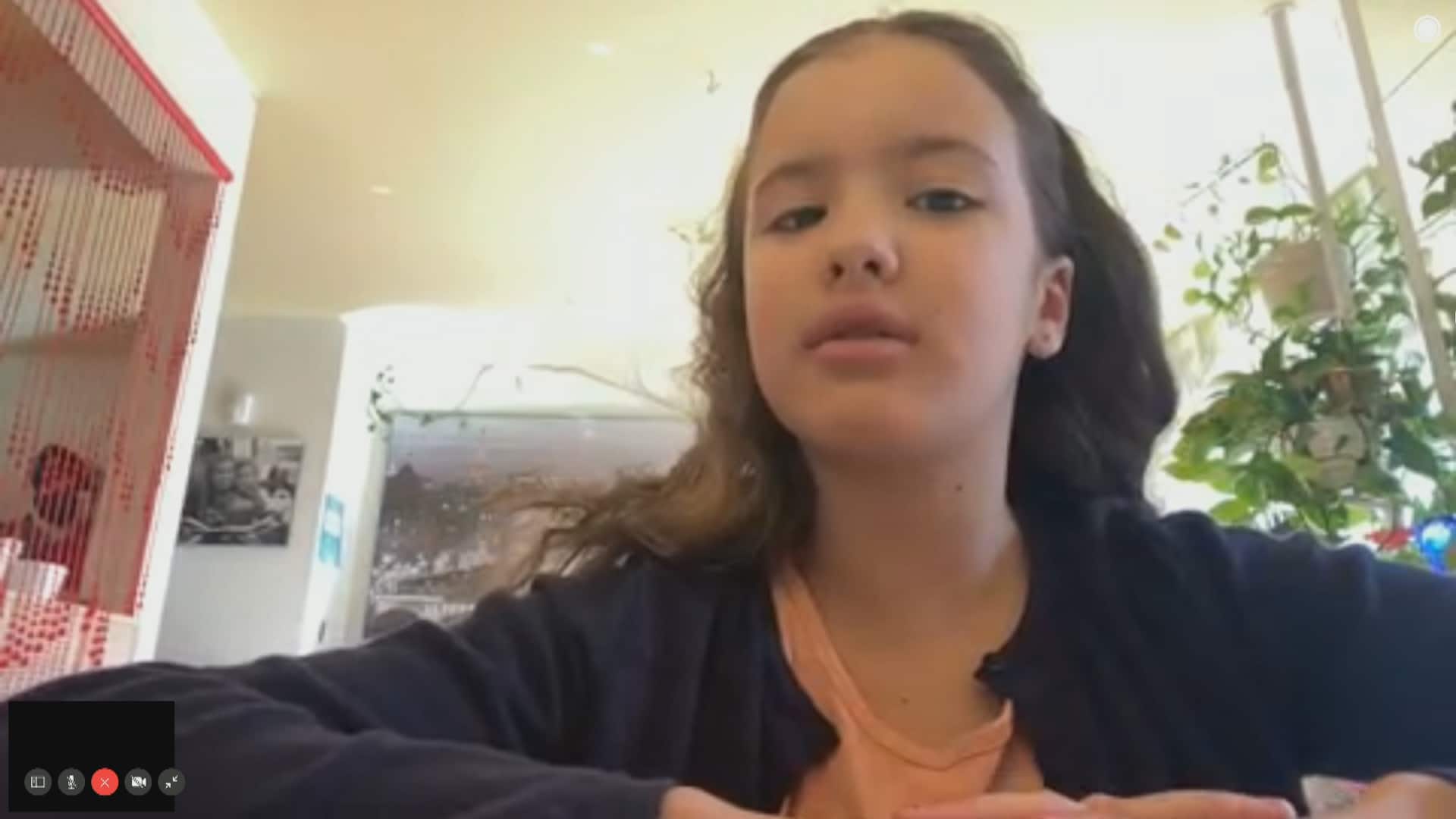 How virtual learning is working for one Ottawa family

2 months agoVideo
1:36
Anais Anquetil, 10, talks about the pros and cons of learning online, from calmer mornings to internet glitches to interacting with the teacher. 1:36

Anaïs's favourite part of virtual school is the "chill" morning routine, compared to the stress of physically getting to school. On breaks, she heads outside for fresh air, but "sadly, no other kids in my neighbourhood do online school." The extra free time has given Anaïs time to polish her rusty Spanish by watching Netflix in her third language.

"I've retrieved my Spanish from the back of my brain," said Anaïs.

Downsides include the distraction of classmates who fool around with special effects on their screens, and technical glitches that suddenly mute Anaïs's teacher. In some cases, it's the students helping with the technology.

"You'll hear them say, 'madame, it's the top left corner.' I feel terrible for the teachers because they're doing this in front of an audience of parents," said Barbara.

Anaïs's primary teacher plays music before class and has started breakout sessions, where small groups of students hang out in virtual spaces. A remote dance party was a big success.

"It was amazing," said Barbara. "[Anaïs] was dripping sweat and busting out all her moves."

"She misses school, she misses her friends," said Barbara. She said it's been hard to arrange distance play dates for Anaïs because other families aren't as careful as she is.

"It gets to a point where the parents think I'm a little crazy because I'm next level."

Barbara has already decided Anaïs will not be going back to regular school in January.

"I'll re-evaluate in April. If things are in a place where I'm comfortable, maybe she can do a dance class in person."

"This is not going away any time soon."