The number of reported incidents of residents abusing other residents in Ottawa's long-term care homes has risen 24 per cent in the last six years. Experts say the problem will worsen as older people with cognitive issues enter the system.

The number of reported incidents of residents abusing other residents in Ottawa's long-term care homes has risen 24 per cent in the last six years, and is a problem experts say will continue to worsen as older and older people enter the system with more cognitive problems.

An investigation into cases of abuse reported in long-term care homes shows there were 320 reported incidents of resident-on-resident abuse in Ottawa in 2016, up from 259 in 2011.

Across the province, reported cases of resident-on-resident abuse has spiked 107 per cent over the same period.

Those incidents include everything from suspected cases of bumping wheelchairs and shouting insults to sexual and physical assault. It all falls under what those in the industry call "response behaviours."

The numbers paint a startling picture of what's happening in local care homes as people enter the system with higher rates of dementia, Alzheimer's and other cognitive impairments.

"Basically you end up with an environment that is ripe for a growth in responsive behaviours and potential incidents," said Candace Chartier, CEO of the Ontario Long Term Care Association, which represents 70 per cent of facilities in the province.

One in three seniors in long-term care homes in Ontario have some kind of cognitive impairment which, combined with insufficient staff levels, creates a "perfect cocktail" for aggressive or agitated behaviour, Chartier said.

The Perley and Rideau Veterans' Health Centre had 141 cases of resident-on-resident abuse reported between 2011 and 2016, the highest number in the Ottawa region according to the province's most recent data.

The home offers 450 beds, 250 of which are reserved for veterans, and has teams trained in post-traumatic stress and geriatric psychiatry.

CEO Akos Hoffer said the home is dealing with the same challenges as all the rest in the region. He said the average age of newly admitted seniors is now 90, and things like dementia and Alzheimer's often comes with advanced age.

The key, he said, is to recognize there's always a reason for a resident to lash out and try to address it early. 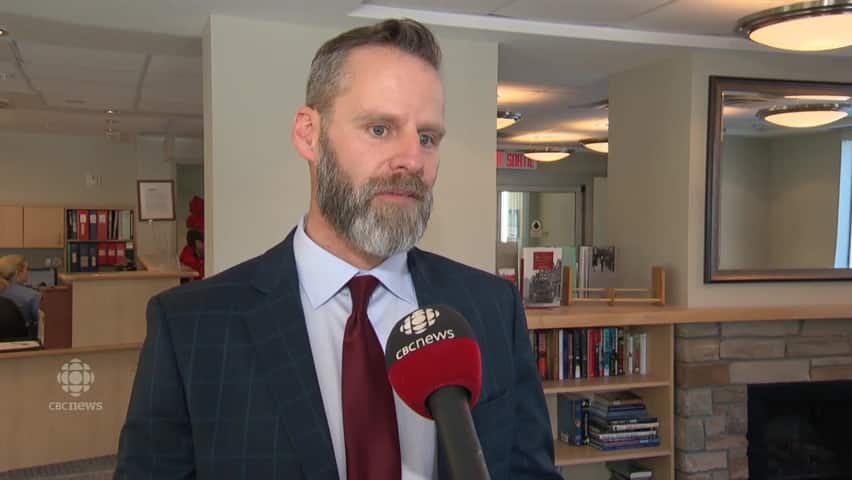 CEO: 'There's always a reason for a behaviour'

4 years ago
1:20
Akos Hoffer, CEO of the Perley and Rideau Veterans' Health Centre, talks about why cases of resident-on-resident abuse have been increasing at his long-term care facility and others, and what it takes to prevent them. 1:20

He recalls one new resident who suddenly found themselves deprived of their morning double double from Tim Hortons. The man was agitated every morning without it, refusing to go the dining room and yelling at other residents.

That was, until staff made sure there was a ceramic Tim's mug with coffee and cream waiting for him each day.

"That made all the difference," Hoffer said.

That's why many homes are calling for specialized teams, trained to uncover the key to a resident's aggressive behaviour and find a solution. The province calls them behaviour support Ontario teams (BSOs).

Caressant Care in Bourget, Ont., about 50 km east of Ottawa, had by far the highest number of incidents per 100 residents in the Ottawa region. The home reported approximately 26 reported cases of resident-on-resident abuse for every 100 beds in 2016, compared to the Ottawa average of 4.5 incidents per 100 beds.

That's the highest number by far in the Ottawa region and the second highest in the province, though the numbers are not exact because the number of licensed beds for all Ottawa homes in 2016 were not available.

Caressant Care does not have good access to psychiatric and geriatric services, a problem common in rural areas, said the home's spokesperson, Lee Griffi, in a statement.

Caressant Care said its residents would benefit greatly from an embedded BSO team, instead of the one BSO outreach worker that currently visits the home six days every two weeks.

In 2016 the province promised $10 million to hire more BSO teams across the province, but several homes are still waiting.

Ontario Health and Long-Term Care Minister Eric Hoskins told CBC Marketplace the government has committed to a number of strategies to reduce abuse in long-term care, including a promise to provide a daily average of four hours of direct personal care to every nursing home resident.

He said the government "won't rest" until the number of cases of abuse reported in long-term care homes is zero.

CBC analyzed six years (2011-2016) of data from Ontario's Ministry of Health and Long-Term Care, public records and the Canadian Institute for Health Information (CIHI). We compiled all abuse and neglect situations by caregivers and between residents reported by each long-term care facility in the province, as well as their self-reported percentage of residents with dementia and residents taking antipsychotics — without a proper diagnosis of psychosis.

The abuse rates were normalized using the most recent number of licensed beds of each home — considering closures, openings and major merges. Some homes might have under-reported or failed to report during the time period we analyzed. Our analysis couldn't consider staffing ratios, as the province doesn't compile them.

Please also note the numbers also include suspected incidents of abuse or neglect, as reporting anything is mandatory for homes. Numbers include emotional, verbal and physical abuse or neglect, as there are no current subcategories in the Critical Incidents System (CIS).

With files from CBC Marketplace