Vikings, an extensive exhibition from the Swedish History Museum, brings into focus a clearer image of who the Vikings really were — not the horn-helmeted warriors of myth and popular culture, but members of a diverse and sophisticated society.

Ikea and Abba certainly spring to mind, but long they hit the scene it was the Vikings — those bearded Norse warriors who plundered villages and explored the open sea — who captured the world's imagination.

A new exhibition opening Thursday at the Canadian Museum of History is setting out to pillage that stereotype with Vikings, an extensive collection of more than 500 ancient artifacts including weapons, cooking utensils and jewellery from the Swedish History Museum.

Many of these objects are rarely displayed outside Scandinavia. Currently on a 10-country tour, Vikings has already been seen by over one million museum visitors in Europe, Australia and North America.

'We have not found any horns'

"We have posed the question at our museum to children, 'Who do you see when you see a Viking?'" said Sophie Nyman, director of exhibitions at the Swedish History Museum. 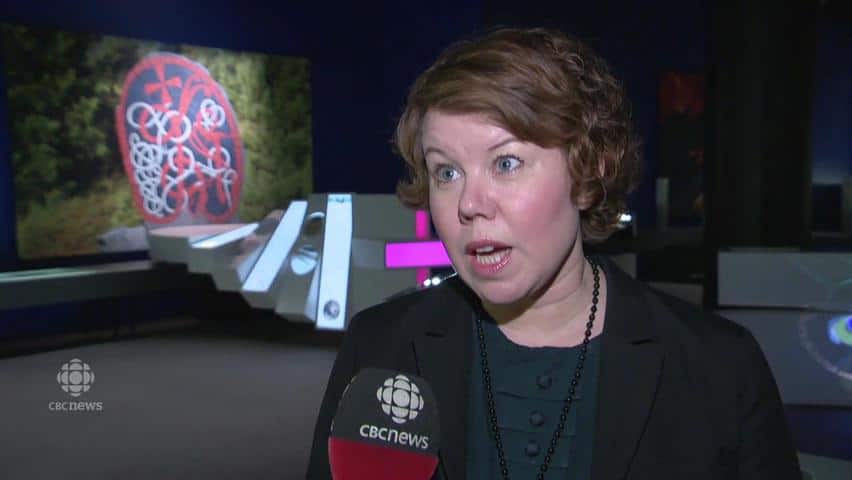 Sophie Nyman, director of exhibitions at the Swedish Museum of History

5 years ago
0:53
Sophie Nyman of the Swedish History Museum says this exhibition will dispel stereotypes about Vikings. 0:53

Vikings shows a society centred on community and agriculture, where women held positions of responsibility.

"Women had a strong position in society, which is not a perception we have of the Vikings," said Nyman. "In this exhibition we want to talk about the variety and broaden the picture."

In fact women literally held the key to Viking society —  house keys were often worn around their necks or chained to their dresses, demonstrating it was the women — not always the men — who held the power at home.

Vikings is at the Canadian Museum of History until April 17, 2016.