When Fox News host Tucker Carlson appeared to mispronounce the name of Canada's capital in a segment on his U.S. prime-time TV show, he may have actually been closer to the mark than many realize.

When a popular Fox News host appeared to mispronounce the name of Canada's capital in a segment on his U.S. prime-time TV show last week, he may have actually been closer to the mark than many think.

Canadians and Americans alike reacted with derision when host Tucker Carlson — a firebrand political commentator known for his right-wing views — referenced Ottawa in a Friday segment on his show, Tucker Carlson Tonight.

The segment dealt with the time U.S. Democratic vice-presidential candidate Kamala Harris spent in Canada as an adolescent.

"So if the question is, 'What is the capital of Canada?' For the record, it's a place called Ottawa," Carlson said, stressing the second syllable of the city's name instead of the first — essentially pronouncing it "aw-TUH-wah" instead of "AW-tuh wah." 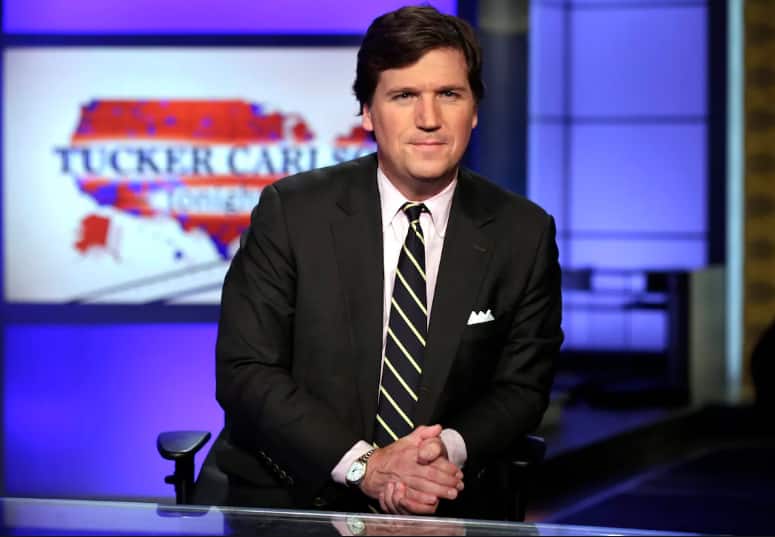 2 months agoVideo
0:16
Fox News host Tucker Carlson set off a social media firestorm after he appeared to mispronounce the word Ottawa during a segment of his show. But several Indigenous people pointed out the way he said the word is quite close to its original pronunciation in Anishnaabemowin. 0:16

The reaction was immediate.

"He probably wouldn't like the way this Canadian pronounces 'Tucker,' " chimed in another.

But as many Indigenous people pointed out, the way Carlson pronounced the word — intentionally or not — resembles the original word for which the capital is named more than the common English pronunciation does.

"I know he was trying to be funny ... but he actually came pretty close," said Jeff Monague, an elder from the Beausoleil First Nation and an expert in Anishinaabemowin, the language from which the place name Ottawa is derived.

Monague said the original Anishinaabe word "odaawe" — pronounced "aw-DAH-weh" — means "a place of trade" or "to sell or to trade," and was used to refer to the Algonquian-speaking Ojibway people of the same name.

While their traditional territory was west of the Ottawa River Valley along the shores of Lake Huron, they were key traders in what's now the Ottawa area.

"They were the ones that went into the trading posts," said Monague. "Through anglicization, they came to be known as Odawa, and today they would call themselves Odawa because that's the label that was placed upon them."

In the mid-19th century, British colonial authorities ended up bestowing the name Ottawa on what was then known as Bytown, an important trading post where several thousand Algonquin people had settled, said Veldon Coburn, a professor of Indigenous studies at the University of Ottawa.

"As legend has it, they picked it up and sort of anglicized it, put a harder 'T' on it," said Coburn, who hails from the Algonquins of Pikwàkanagàn First Nation near Golden Lake, Ont., about 160 kilometres west of Ottawa.

"The inflection of the syllables and the way that Tucker Carlson pronounced it was so much more closer to Anishinaabemowin than the way most people pronounce the word today," Coburn said.

"Whatever his point was, I think he mistakenly stumbled upon a correct pronunciation, unwittingly so."

"It does say quite a bit [about] most of Canada that they don't really know this."

Monague said he would like to see a movement to reclaim the original pronunciation of English words that are derived from Indigenous languages. At the very least, he said, people should learn the history behind the place names where they live.

"I was taught English and it was always impressed upon me that I needed to speak the language properly and to pronounce every word properly," said Monague.

"It would be nice if that was done in kind and the other way. If you're using our language, then you should be pronouncing the words properly as well."