Spike in demand for treatment of transgender teens

Children's clinics across the country are seeing exponential growth in demand for treatment from teens who don't identify as the sex they were born with.

Children's clinics across the country are seeing exponential growth in demand for treatment from teens who don't identify as the sex they were born with.

Dr. Stephen Feder, the co-director of the gender diversity clinic at CHEO, a children's hospital in Ottawa, said a decade ago the pediatric hospital saw one or two patients a year who wanted to change their gender or had questions about their gender identity.

Last year, 189 patients were referred to the clinic.

"This is a serious process that these kids are struggling with, and we have an opportunity to help them," said Feder.

The implications of somebody not being able to be themselves is very very stark and very frightening.- Dr. Stephen Feder

At the clinic, patients from eastern Ontario and western Quebec are seen by a team of doctors who treat them with hormone blockers, hormone therapy and, in some cases, surgery to transition from one gender to another.

Many of the patients Feder sees have been suppressing their gender for years. Without treatment, Feder said it can lead to substance abuse, cutting and, in some cases, suicide.

Feder said these children should be seen by a doctor within two to four weeks of a referral, but the surge in demand is making that difficult.

Helping children move to the next chapter

Kian Olsheski, 17, has been a patient at the clinic since he was 14. He said he has always known he was a boy, and pretending to be a girl was driving him insane.

Before Olsheski came out, he was cutting and burning himself. He had done his research about medical treatments and how to transition when he came out to his parents, and asked them to take him to the CHEO clinic.

There, Olsheski has received hormone therapy, had his breasts removed and had a hysterectomy. He said the treatment has saved his life.

The experience at the clinic made it easier to "get through this part and move on to the next chapter in my life," Olsheski said.

The gender diversity clinic at CHEO isn't the only place seeing a spike in the number of children seeking treatment.

This kind of growth is happening at clinics across the country and around the world.

The BC Children's Hospital received 240 referrals last year, compared to 20 in 2013. SickKids in Toronto saw 100 referrals in 2013. That number has since doubled.

Trans Youth Can!, a national research study involving 10 clinics from across the country, is studying the medical and social outcomes for transgender youth referred for hormone treatment.

According to the study, there has been an exponential rise in the number of transgender and non-binary youth referred to clinics across Canada.

Dr. Margaret Lawson, an endocrinologist at CHEO who is involved in the study, said there is no explanation for the growth.

Parents, we can reassure them that we start with blocking hormones because it's reversible. - Dr. Margaret Lawson

A decade ago, there was an equal number of boys and girls coming to the clinic. Now, 75 per cent of the patients at CHEO are trans male, meaning they were born female but now identify as male.

Lawson said the treatment starts with the hormone blockers to stop puberty. It gives the children a chance to decide what they want to do.

"Parents, we can reassure them that we start with blocking hormones because it's reversible," said Lawson.

Lawson said the clinic has only had a few patients — less than one per cent — change their mind during hormone treatments. 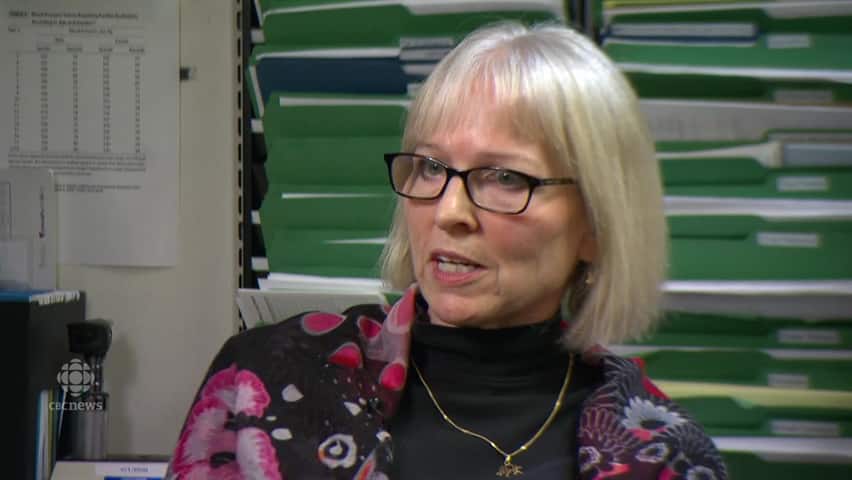 Dr. Margaret Lawson on the spike in demand at CHEO

2 years ago
0:42
A children’s clinic in Ottawa is seeing exponential growth in demand to treat teens who don’t identify with the sex they are born with. 0:42

Children questioned every step of the way

Feder said waiting until a child is an adult for treatment is too long.

"Parents often say that, 'You know, we support our kid, but they're only 15. Let's wait till they're 21.' That's not a benign decision. That sort of strategy also is fraught with a potential negative outcome."

According to Feder, 51 per cent of children who are not supported by their family during this process attempted suicide in the last year. That number drops to four per cent if they have family support.

The clinic works closely with the children for several years to ensure it isn't just a phase. The doctors constantly question the children on their decision.

"'Have you had any second thoughts? Is there any part of you that might be fearful of moving in this direction?' et cetera," said Feder. "And oftentimes, [patients] turn to us and say, 'How many more times are you going to ask me that question?'"

Feder is proud of what the clinic has accomplished in such a short period of time, but he said they still have a long way to go to help more children.

"I hope we can basically continue to expand our scope in a way that allows us to see the kids promptly and get them going the right direction as quickly as possible."

Jen Beard is the Sr. Digital Producer for CBC Ottawa. She has been with CBC since 2001 and has worked at The Current, As It Happens and now works in the local Ottawa newsroom. You can reach her by Twitter @jenniferbeard or by email jennifer.beard@cbc.ca.