Environment Canada confirms that three additional tornadoes touched down in western Quebec on Friday — bringing the day's total number of twisters in the Ottawa-Gatineau area to six.

More twisters confirmed to have hit western Quebec on Friday

Environment Canada has confirmed that three additional tornadoes touched down in western Quebec on Friday — bringing the day's total number of twisters in the Ottawa-Gatineau area to six.

At around 3:30 p.m. ET, a tornado touched down about 30 kilometres from Mont-Laurier, Que., near the Baskatong reservoir, the weather agency said Tuesday.

It likely travelled about 10 kilometres through the wooded area, snapping trees and downing power poles as it went, Environment Canada said.

About 90 minutes later, another touched down near the Val-des-Bois, Que, area, about 90 kilometres north of Ottawa. 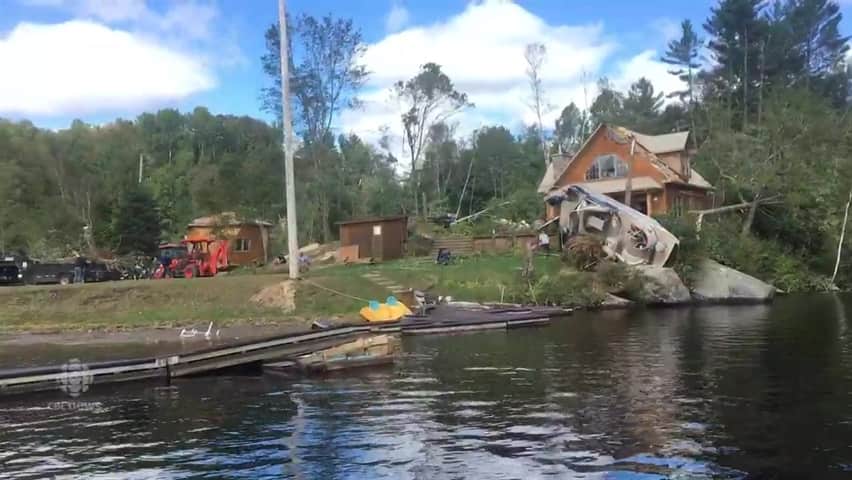 3 years ago
0:59
Environment Canada has confirmed a tornado touched down in Val-des-Bois, Que. Video from Lévy L. Marquis. 0:59

That twister travelled east-northeast for about 13 kilometres, damaging buildings and snapping trees before dissipating near the town.

Satellite images also allowed the agency to confirm a third tornado touched down roughly 25 kilometres north of Otter Lake that day and cut a three-kilometre swath through the forested area.

All three twisters were likely EF-1 tornadoes, Environment Canada said, meaning they had wind speeds between 135 and 175 km/h.

The weather agency previously confirmed that a more powerful EF-3 tornado had torn a path from Ottawa's rural Dunrobin neighbourhood across the Ottawa River into Gatineau and other parts of western Quebec, damaging and destroying hundreds of homes, knocking out power and sending people to hospital.

An EF-2 tornado also touched down in a number of south Ottawa neighbourhoods that day, causing significant devastation.

Environment Canada said yesterday that an EF-1 tornado also hit the town of Calabogie, Ont., about 100 kilometres west of Ottawa.