Residents of an Ottawa condo development say they're on the brink of financial ruin after a tornado and two fires jacked their insurance rate by nearly 730 per cent.

Some homeowners 'headed for nervous breakdowns,' condo board president says

An Ottawa condo development's insurance rate has soared by nearly 730 per cent after a tornado and two fires, and the condo board's president says some residents won't be able to handle the extra cost.

Last year, the condo corporation behind Woodvale Green, a development of 110 townhouses off Craig Henry Drive, paid $26,858 for coverage.

But claims for a residential kitchen fire in January, damage caused by a September tornado and an electrical fire in November led Carlton Condominium Corp. No. 188's insurer to drop them. 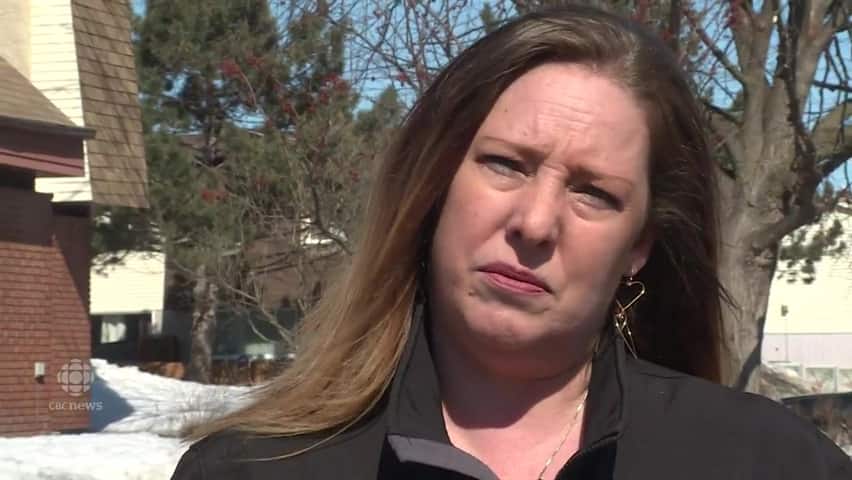 'The community has become much more difficult to live in'

2 years agoVideo
1:09
Residents of a tornado-damaged condo development in Arlington Woods say they've been left with few options after their insurance premiums increased. 1:09

The next insurer willing to take on the risk for the lowest price was Lloyd's of London. The 300-plus-year-old boutique underwriter of ocean cargo and fine art pegged the condo development's new premium at $222,634.

The added cost is being passed onto residents — working out to an extra $1,800 per year for each townhouse.

Lloyd's of London did not respond to a request for comment as of deadline.

Weerasooriya-Epps said some residents live on tight budgets. She estimated that 40 per cent of them won't be able to afford the new insurance rate, and that it could force some to default on their mortgages.

"There's not a lot of people who make a lot of money," Weerasooriya-Epps said.

David Campbell's condo was so badly hit by the tornado that the city evicted him.

Now, he and his partner realize that with the repairs still needed, a pricier insurance bill and a condominium reserve fund all but wiped out, their unit will be hard to sell.

They had planned to put their home on the market, and called their turn of fortune a reminder of "how fragile things are." Campbell and his wife are now struggling to stay positive.

"We actually made a deal. Only one of us was allowed to collapse, mentally, at any given moment," he said.

"How can I afford this?" she asked.

The tornado damaged much of her roof. Water then leaked into her ceilings and upstairs walls. Six months after the storm, there are still boards over her windows.

"This community has been devastated with three disasters," said Stephanie Hammond, another resident of Woodvale Green. "It's very unfair.

"It has taken over all of us. And to imagine, six months after a devastation, people still aren't in their homes?"

Insurance rates based on likelihood of future claims

It may take five years before the condo development's claims history clears and main-street insurers are once again willing to take on Woodvale Green.

There is no formal oversight of property insurance in Ontario, both personal and commercial, according to Pete Karageorgos of the Insurance Bureau of Canada.

The rates are set by insurance company employees who look at the history of a property as an indicator of the likelihood of future claims, he said.

In a statement to CBC News, the Financial Services Commission of Ontario said that "there are no requirements for insurance companies to receive approval of their underwriting criteria/rules and premium rates from [the commission]."